Tennis player, Jacob Fearnley, has had a great start to 2019 – and it looks like continuing thanks to the programme in place at the Merchiston Castle Tennis Academy.

In January, Fearnley made it through to the main draw of the Australian Junior Open in Melbourne.

It meant that he would be coming up against the best young players in the world and also training and playing near stars of the game such as Rafael Nadal and Nick Kyrgios, who were playing in the main men’s tournament.

In the junior event, Fearnley played very well in round one and battled hard to defeat an American player, Tristan Boyer, 3-6, 7-6, 6-3.

Next up was home favourite Ken Cavrak in round two and Fearnley kept his good form going by defeating him 6-4, 7-5.

Sixth seed Nicolas Alvarez Varona was up in round three, and although Fearnley battled hard, he lost out 6-4, 7-6.

Fearnley also got a win in the doubles with fellow Brit, Connor Thomson – defeating an Italian pairing 7-6, 7-6 – before a Spanish duo including Alvarez Varona, who were the second seeds, got the better of them in round two.

“It was a great experience being out in Australia and to get through some rounds was good for me because I was able to really work on my match play and preparation while it showed me the sort of standard I have to get to to compete against the best players of my age in the world,” he said on his return to school.

“I have a few more tournaments coming up as we build into the summer season closer to home, so I am just getting my head down and working hard on my game.” 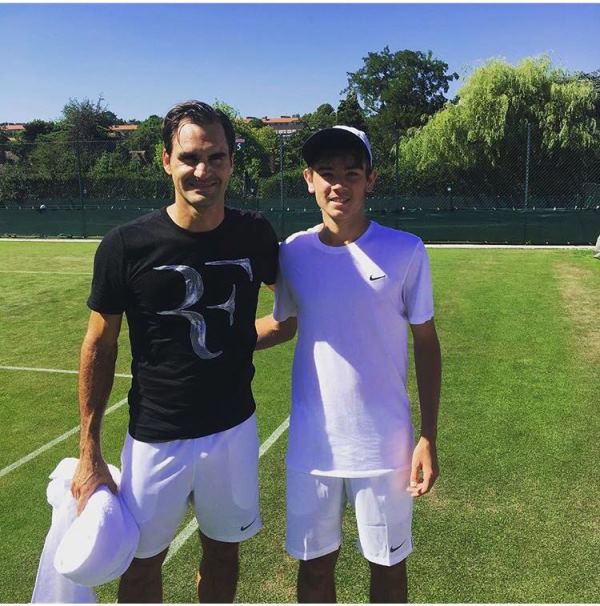 It is perhaps not a great surprise that Fearnley is doing so well given that Merchiston was named number one UK Tennis School by the LTA for 2019 and ranked as the number two World Tennis School via the ISF Championships between 2017 and 2019.

Merchiston established Scotland’s first Tennis Academy in 2007 with 13 players. Since then it has grown, and currently, there are 20 pupils involved.

Fearnley joined the school when he was 12 and said:  “I loved my tennis from a young age, but coming here has allowed me to really work with top quality coaches like David Brewer and also spend more time on Strength and Conditioning and, off the court, think more about strategies and how the game is moving on.

“I am currently studying for exams at school and, obviously, the academic side of things is the most important.

“The teachers are very good at helping me balance my studies and my tennis, and when I am away at tournaments, they make sure I have the correct work with me.

“Having other good tennis players at the school also helps me because we train together and push each other on and that is a great feeling.”

Fearnley has plenty of tennis to come in the next few months and then after he graduates in the summer, he is set to head to Texas to continue his education and his tennis.

Director of Tennis, David Brewer, said:  “Jacob has done really well as part of the Tennis Academy in recent years and I know he has the talent and temperament to go on and do well in America, and post-studies, in terms of his tennis.”