Merchiston Castle School pupils Charlie Miller and Jacob Fearnley are taking to the tennis court with some legends of the game at the moment.

Four of Scotland’s most talented junior tennis players – including 16-year-old Charlie and 17-year-old Jacob – were invited to play at the Brodies Invitational at the Gleneagles Arena which started on Thursday and runs until Saturday.

They will be joined by Lucia Rizza (16, Firrhill High School, Edinburgh) and Connor Thomson (18, Beaconhurst School, Bridge of Allan), and they will all play a combination of doubles and mixed doubles with tennis legends, including Henri Leconte, Thomas Enqvist and Dominique Monami.

In addition to the exhibition, they will also take part in a coaching session with Tim Henman and former men’s world number one, Juan Carlos Ferrero.

Charlie started playing tennis when he was aged seven at the Whitecraigs Club in Glasgow. He was actually on his way to a skiing camp, but a double booking meant that he headed to play tennis instead – and he is certainly glad he did now. 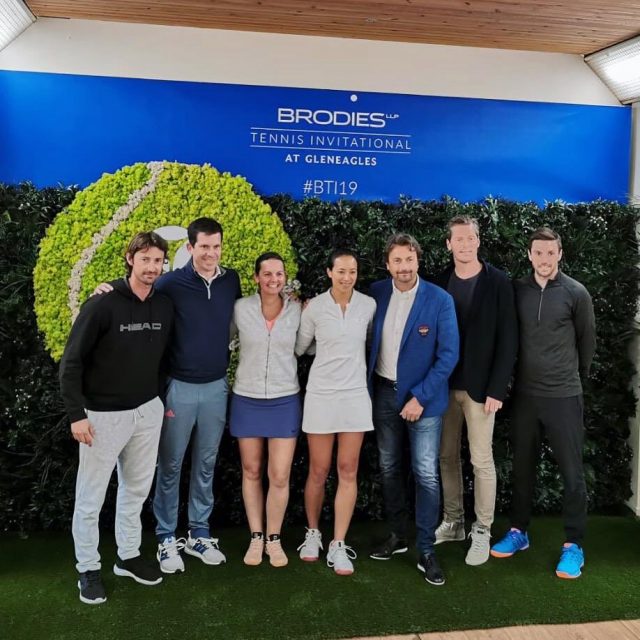 “I have never really looked back from there,” he said.

“As soon as I started playing, I just loved the game, and as I got a bit older, whenever I had spare time I was out on the court.

“I joined Merchiston in my second year of secondary school and I have really enjoyed it here. 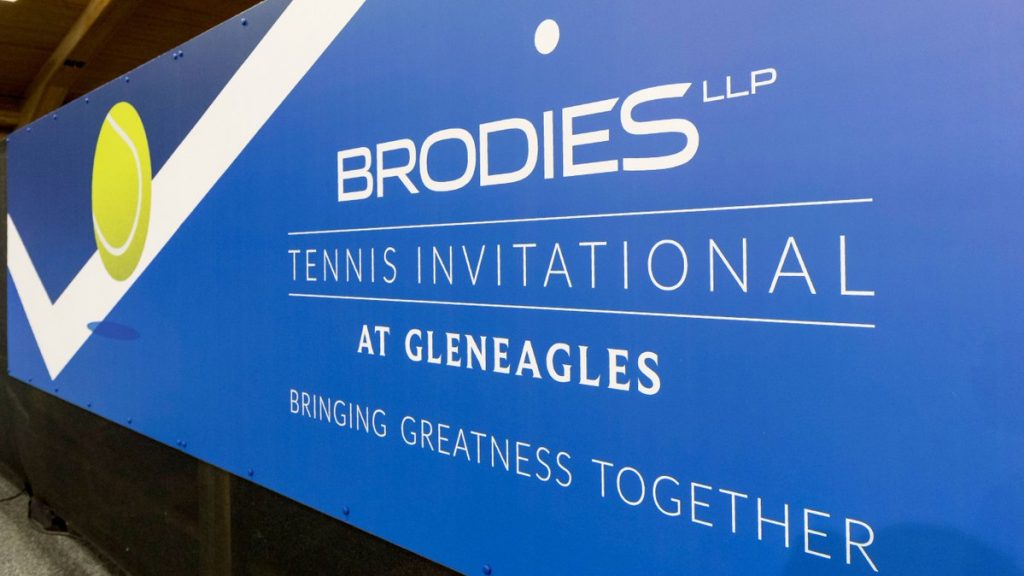 Charlie has had a good few months on the court of late, including a good result in Latvia, and ahead of a busy summer of events, he believes the Brodies Invitational has come at just the right time.

“I was lucky enough to play at the event two years ago and it was brilliant,” he explained.

“It is not very often that you get to play with legends of the game, and you have to enjoy it and learn as much from them as you can.”

In January, Jacob made it through to the main draw of the Australian Junior Open in Melbourne and he has been having a great 2019 to date. More here: https://gh-media.co.uk/blog/thats-ace-jacob-serving-up-a-storm-on-the-court/

Merchiston Castle Director of Tennis, David Brewer, said:  “It is a fantastic opportunity for Charlie and Jacob to have the chance to play at a great event like the Brodies Invitational.

“They will get to play in front of a big crowd, which will be ideal for their progress as tennis players and give them the chance to see some of the greats of the game up close.”

Blane Dodds, CEO of Tennis Scotland, said:  “At Tennis Scotland, we have a very clear focus on increasing participation, twinned with building the sport’s profile and performance by developing tennis across all ages and abilities. Brodies’ commitment to tennis in Scotland, from grassroots level through to demonstrating Scotland’s ability to host world class events like the Brodies Invitational, is so important for our sport and we are delighted that this year’s event will once again showcase some of our best junior players.”