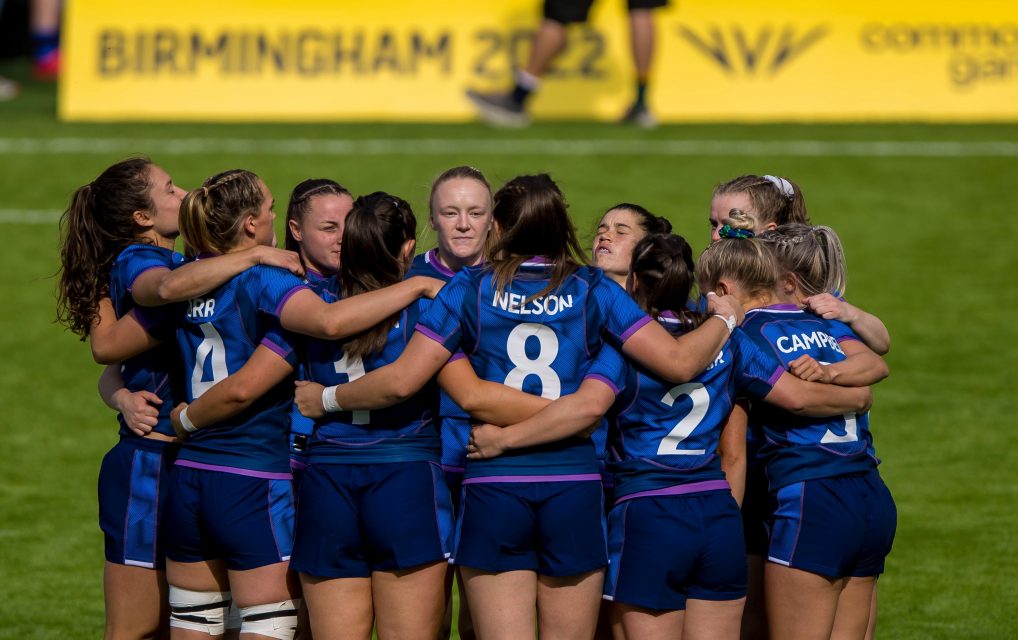 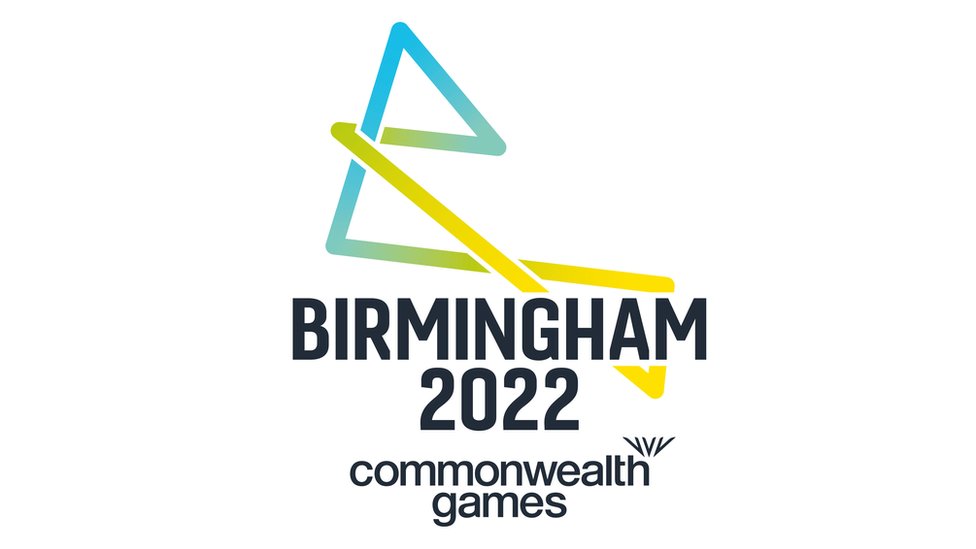 Scotland women’s head coach Scott Forrest admits he was “very proud” of his squad’s performance as they finished sixth at their first ever showing in the Commonwealth Games sevens competition at Birmingham 2022.

On Friday, July 29 on day one at the Coventry Stadium the team had two tough matches in Pool B against sides who would both eventually go on and make the Gold Medal match.

First up, Shona Campbell and Rhona Lloyd both scored tries and co-captain Helen Nelson converted one, but the Fijians ran out 31-12 victors.

Later the same day, Australia showed why they are regarded as the best women’s sevens team in the work with a 50-0 triumph.

This Scottish squad are a close-knit bunch though and they did not panic ahead of their final pool game on Saturday, July 30.

In that one they were taking on South Africa and it was flying winger Lloyd who led the way with a brilliant hat-trick of tries.

Rachel McLachlan and Emma Orr bagged the others with co-captain Lisa Thomson converting three and Meryl Smith one in a 33-12 triumph.

That meant that Scotland finished third in the pool and would be next up against Sri Lanka – who had finished fourth in Pool A – in a fifth/eighth place semi-final later that day.

Scotland took confidence from their performance against South Africa – and were loving the support of the crowd – and by half-time in this one they were 38-0 to the good. 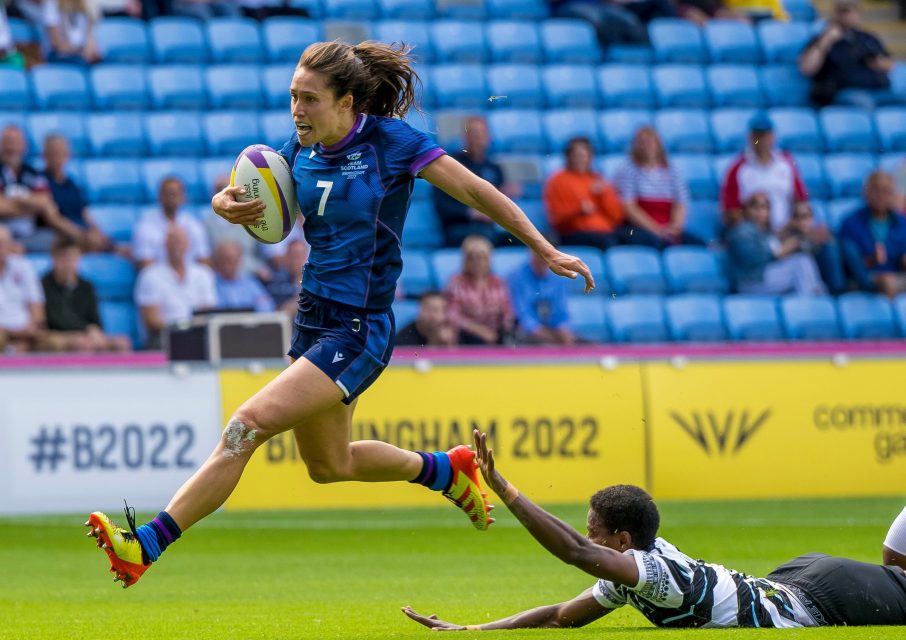 Tries from Thomson, Megan Gaffney, Campbell and yet another hat-trick from Lloyd – as well as four conversions from Thomson – came in the first seven minutes.

After the interval, Lloyd, Eilidh Sinclair, Gaffney and Caity Mattinson all went over as it finished 58-0.

With England beating South Africa 36-0 in the other fifth-eight place semi-final, it set-up a cracking tie between the two on Sunday, July 31.

The game was right in the mix at half-time, Chloe Rollie scoring an unconverted try to leave England 7-5 up at the break.

In the second half England got away to won 29-5, but the Scots had finished sixth and had impressed many at the multi-sport event.

New Zealand’s Michaela Blyde topped the charts with 55 points while Maddison Levi of Australia scored 50 and Lloyd of Scotland was third with 40.

“As an experience for the players, it was brilliant,” Forrest said.

“Obviously we would have liked to have performed better in the last game and, to be fair, England won the big moments in the second half and we were chasing the game.

“But for a first Commonwealth Games, to come and get two wins, I’m very proud to say I’ve worked with this group of players.

“We’ve created something special these past 11 weeks [since training began] and it meant a lot to all of us.”

The sevens players will now have some time off before the majority of them will join up with the wider XVs squad in mid-August as preparations for the World Cup in October and November crank up a notch ahead of two warm-up matches at the DAM Health Stadium.

Points scorers for Scotland at the Coventry Stadium

Thanks to Team Scotland/Scottish Rugby for the photos