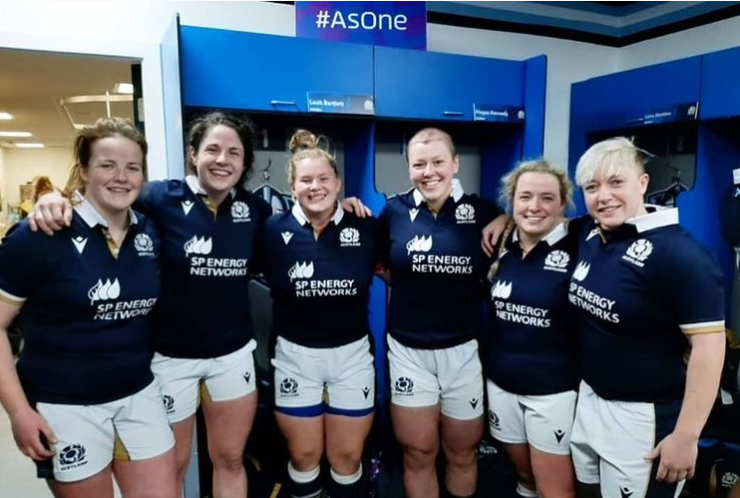 Christine Belisle, Scotland’s newest member of the front-row club, cannot wait to continue her journey in the tighthead prop position when the team play Italy in the Women’s Six Nations at Scotstoun on Saturday.

When making the switch to play a physically demanding and technical rugby role such as tighthead, there are easier ways to ease yourself in than playing against the fourth and first ranked teams in the world straight off the bat.

However, Christine has never things by halves in her life to date and the Canadian-born forward took the challenge handed to her by the Scotland coaching team head on to transform herself from an accomplished back-row/second-row into a combative front-row.

“To come off the bench against France and win a scrum penalty with my first action as a tighthead, well it’s fair to say I was pumped up after that,” Christine, 27, recounts regarding her introduction as a replacement against the world’s fourth best team in the 52nd minute in October last year.

“I remember Hannah Smith running all the way in from centre to pat me on the head and congratulate me and that start to life as a tighthead gave me some confidence that I could do it if I put the yards in.

“We drew that game [13-13 in a delayed 2020 Women’s Six Nations match at Scotstoun] and that gave the whole squad confidence, but I knew from that day I had to continue working on learning the tricks of the trade if I wanted to be a tighthead at the top level.”

Put in the work – alongside Scotland’s Scrum Coach Gary Strain – Christine certainly did, indeed so much so that, after a 60 minute showing on her first start in the number three jersey last weekend against England, she was named in the Women’s Six Nations Team of Round One. 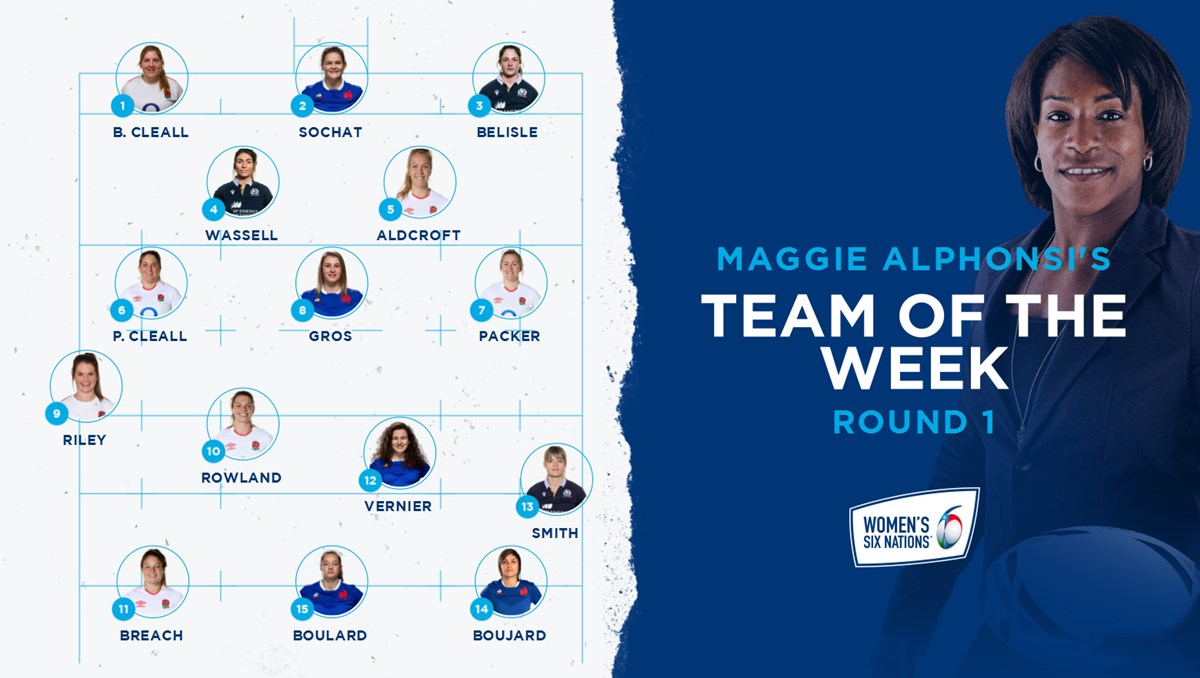 “I did not expect that,” Christine admits.

“The team was selected by England legend Maggie Alphonsi and was packed with brilliant players who are involved in the tournament – including my Scotland team mates Emma Wassell and Hannah Smith – so to see my name in there was a shock, but a nice shock.

“It shows I am doing well, but I still have a hell of a lot to learn as a tighthead and I will just keep working away to get better and better.

“I must pay credit to the work Gary Strain has put in with me, he has really helped me learn the role and has gone above and beyond to help.”

The cap against England in a 52-10 defeat was Christine’s fifth at international level and her first start.

Her first two appearances for the country she qualifies for via residency came on the tour of South Africa in the summer of 2019 – “what an amazing place, I have so many good memories from that trip” – and then she played Spain away in early 2020 before the big positional switch.

From Canada to Scotland: “There is no community quite like a rugby community”

So, how did someone from Ontario, Canada, end up living in Glasgow, playing for Scotland and getting emotional whenever she hears the first few notes of Flower of Scotland?

“I took up rugby when I was 15 and pretty much loved it straight away,” Christine, who grew up in a city called Peterborough on the banks of the Otonabee River, explains.

“People wouldn’t think so now, but I was super shy growing up and early in my high school career [at Thomas A Stewart Secondary School] I was too nervous and anxious to get involved with rugby training, but then suddenly all my friends were loving it and I wanted to get involved.

“I soon found out that there is no community quite like a rugby community – I was tall and had an athletic build and suddenly I had found a place where I could use my strength and it just seemed the perfect fit for me.

“It brought me out of my shell and provided me a space to be competitive in and have fun, we also had a school tour to Ireland so that was a big bonus too.”

After high school, Christine – who had started her rugby life as a centre before migrating to the forwards – played for local club side Peterborough Pagans for a while before then taking a few years away from the game due to various travels and living in areas without women’s teams.

Fast forward to 2015 and Glasgow was her next destination.

“I had been to Scotland before for a wedding in Glasgow and I loved it while I also had an Irish passport, so I decided to move over here permanently,” she said.

“For a while after I was here, I was just working in restaurants, but I soon wanted to get into rugby again and I joined Cartha Queens Park.

“It was the club nearest to me, so I headed down to training once and have never looked back, it is the best club. 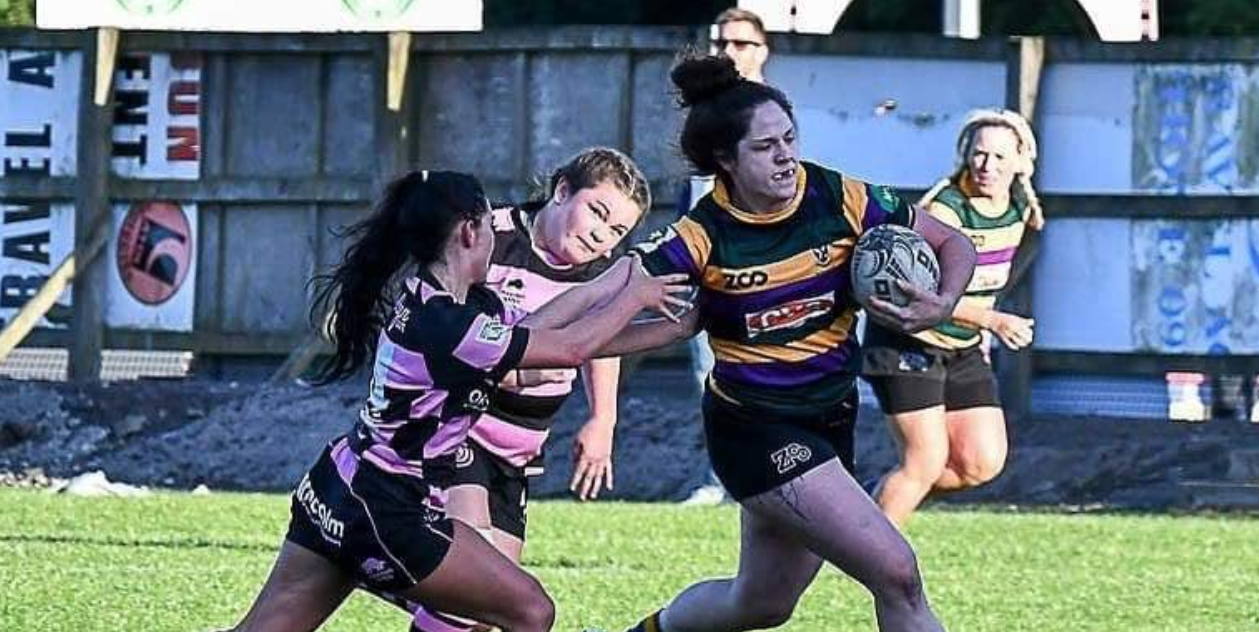 “I felt at home at Dumbreck straight away and being able to play with someone like [former Scotland cap] Mary Lafaika was great for me because she pushed me on to become a better player.

“As 2018 approached and I had been in the country three years, the coaches at Cartha were keen for me to see if I was eligible to play for Scotland and, after satisfying the criteria, my first involvement with the national squad was with a wider sevens squad.

“They weren’t looking at me as a sevens player, they just wanted to take a look at me in that environment. Thankfully, I did okay and although I suffered an injury after that I got back to full fitness and Philip Doyle [the Scotland head coach 2019/20] picked me for the South Africa trip.”

“We know how important this Italy game is, we are all ready for it” 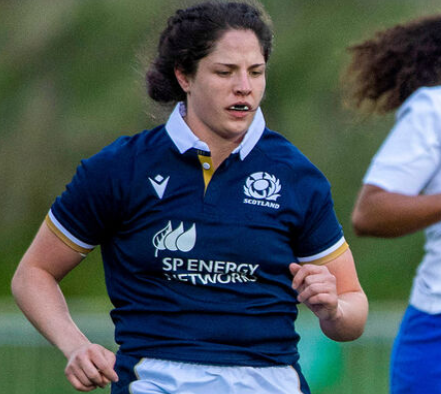 Fast forward to the current day and Christine and co will be back in camp at Oriam on the outskirts of Edinburgh from today [Sunday] to prepare for their second – and final – Women’s Six Nations Pool A match against Italy on Saturday.

Scotland are 11th in the world and Italy seventh, so this is a big chance for the squad to show the strides they have been making and really make a mark on this competition.

“We know how important this Italy game is, we are all ready for it,” Christine, who away from the rugby field works as a Personal Trainer, states.

“We showed against England in the second half that when we are working together as a unit we can cause good teams problems and we want to get off to a better start against Italy and try and take it to them.

“It is a shame no supporters can be there to watch the game at Scotstoun just now, but we want to put on a show for those who watch on TV or the internet and we want to finish as high in the pool table as we can.”

Thanks to Scottish Rugby/SNS, Christine Belisle and Cartha Queens Park for the photos 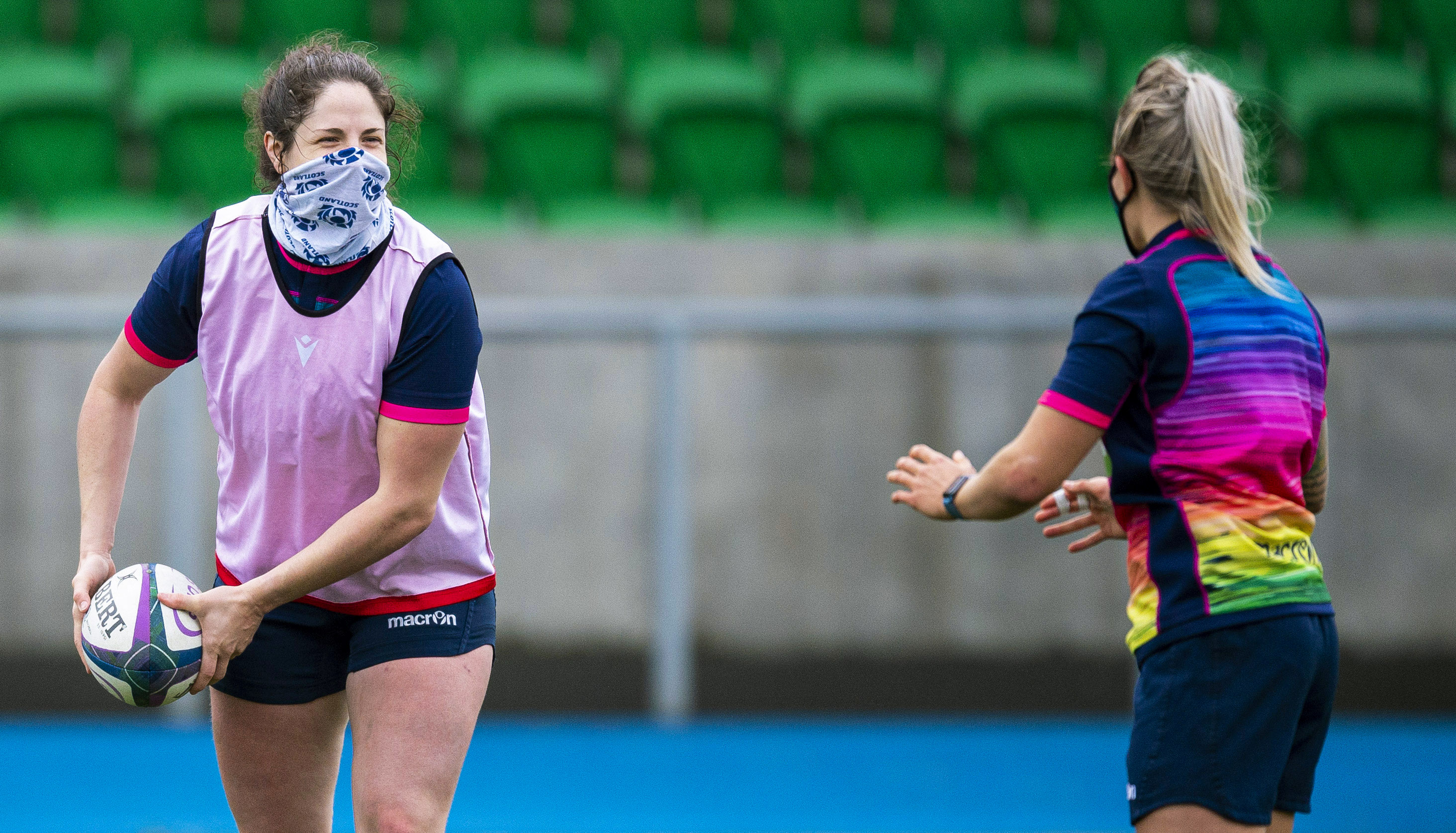 Scotland v Italy takes place in the Women’s Six Nations on Saturday, April 17 at Scotstoun in Glasgow with a 5pm kick-off and is live on the BBC iPlayer