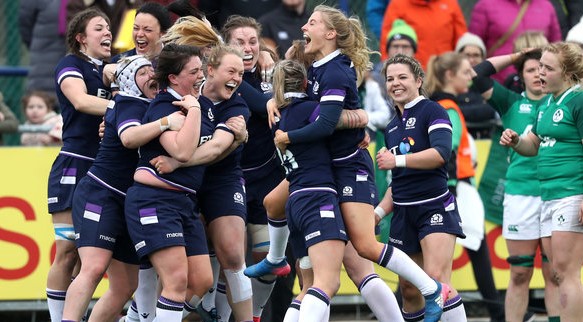 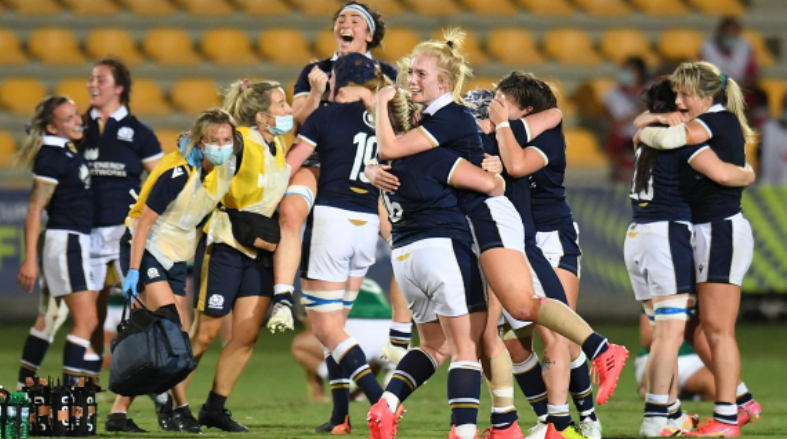 There is no way of dressing it up or hiding it, the ongoing TikTok Women’s Six Nations for 2022 has been a tough and disappointing tournament for Scotland.

Defeats against England and France, the best team in the world and one clutching to their coattails, were perhaps expected, but having led at half-time in matches against beatable sides Wales and Italy, Bryan Easson’s charges would have at least wanted to have won one – if not two – of them.

The 24-19 defeat to Wales in round two and the 20-13 reverse to Italy on Saturday just gone in round four were tough to take, but the squad must somehow raise themselves up again to challenge Ireland head on this coming weekend on ‘Super Saturday’.

With a World Cup later this year, the squad don’t want to be heading into the summer and whatever touring/Test match plans there may be – and then the showpiece event in New Zealand – on the back of a winless campaign.

Ireland, currently fourth in the table with Scotland bottom, were thumped 69-0 by England on Sunday and are without a number of their main players who are away in Canada playing sevens.

Scotland have beaten Ireland ‘away’ in recent times with a 15-12 Six Nations triumph at Donnybrook in Dublin four years ago and the dramatic 20-18 World Cup qualifying triumph in Parma, Italy, just last September.

With Covid, other illnesses, injuries and negative results having made the last few weeks tricky, some may feel the squad could find it hard to ‘go again’ against the Irish, but the battered and bruised players will be looking for a big performance at the Kingspan Stadium on Saturday evening.

“The confidence in the group is still there, absolutely,” captain Rachel Malcolm said.

“Every time we pull on a Scotland shirt we are going out to win and we are going to put in the best performance we can in Ireland.

“We have look at ourselves as individuals and as a team so we can perform at our best against Ireland.

“Hopefully against Ireland we can finish on a high.”

Via @ScotsmanSport: @Scotlandteam captain @rach_malcolm believes her charges can bounce back from the loss to Italy when they play Ireland in their final @Womens6Nations match this coming weekend, but only if they sort out their discipline after conceding 14 penalties in Parma pic.twitter.com/lziY4I330T

At the weekend over in Parma, Scotland had an early scare when Italy skipper Manuela Furlan burst up the left only to put a foot in touch.

Italy scrum-half Sofia Stefan was forced off injured in the eighth minute, the vastly experienced Sara Barattin replacing her.

In the 14th minute Scotland took the lead when some good carries won them a penalty in front of the posts.

Italy levelled things up in the 22nd minute when centre Michela Sillari kicked a penalty and then Furlan returned to the fold.

Scotland had many willing ball carriers, but the Italian defence was very well organised and was proving hard to break down.

After 31 minutes a brilliant lineout drive got the Scots within 10 metres of the Italian try line and then, in the next couple of minutes, they had chances, but a couple of passes went astray.

Scotland did get a try on the board in the 36th minute when second-row Emma Wassell showed good footwork to get over, referee Lauren Jenner giving the try after conferring with the TMO Ben Whitehouse. Nelson converted and it was 10-3 at half-time.

As the players returned to the fray for the second half the rain had started to fall heavily and it was the hosts who started on the front foot.

In the 45th minute they levelled things up at 10-10 when loosehead prop Melissa Bettoni – after a TMO check – was awarded the try with Sillari converting.

The momentum was all with Italy now and in the 54th minute they went ahead when Sillari kicked a penalty.

Scotland then brought on scrum-half Jenny Maxwell and centre Hannah Smith to try and regain the ascendancy.

However, almost immediately Maxwell had to go off with what looked like a serious leg injury and back three player Megan Gaffney came on with full-back Chloe Rollie pushed into service at number nine as the hour mark came and went.

In the 63rd minute Gaffney went close to a try out wide, but was tackled into touch by Italy winger Aura Muzzo.

It was Italy who went 10 points ahead with 10 minutes remaining when sub Silvia Turani scored a converted try.

Nelson kicked a late penalty to earn Scotland their losing bonus point, but the hosts held on.