The Scottish rugby public may be thinking ahead to challenging for the Six Nations title and such like, but captain Stuart Hogg is staying calm and only focusing on this weekend’s round two match with Wales.

Scotland’s 11-6 triumph at Twickenham in round one and, more importantly, the composed manner of it has brought hope to those north of the border.

However, Hogg, the 28-year-old full-back with 81 caps to his name, has been around the block too many times to get carried away, especially with a Welsh team up next who are the underdogs, but who have enjoyed playing  at BT Murrayfield in recent years.

“If we look too far ahead we are going to slip up,” Hogg said.

“There’s nine British & Irish Lions in that [Wales] squad, numerous boys who have won the Grand Slam, so a hell of a lot of experience. We’re going to have to be on the money for 80 minutes and make sure we’re living in every single moment.

“They’ll be doing contestable kicks to get Liam Williams in the game and they are a fantastic team.

“They defend really well and we’ll have to be at our best with our attacking and kicking game to break them down while obviously we have to hold firm in defence.

“It’s going to be a hell of a challenge for us.

“We can take a huge amount of confidence from last week, we are growing, but that counts for nothing unless we back it up this week.

“That’s the exciting thing for us, how good we were last week, we still believe we can be better.” 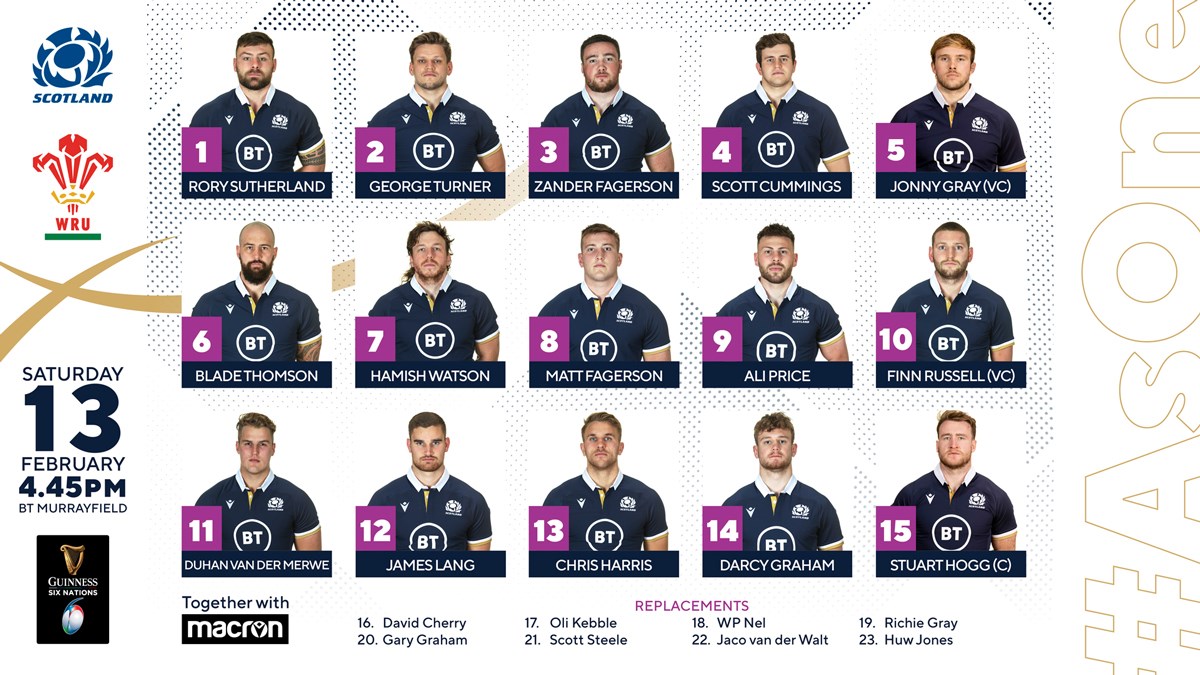 “We will focus on the XV, not solely on an individual”

In the other camp, Wales are led by 35-year-old second-row Alun Wyn Jones and we know, with all his experience, that nothing much phases him.

Looking ahead to this one he said:  “Scotland were due probably a win like that last week and to do it in a Calcutta Cup match was obviously very special for them and the competition.

“In fairness to Scotland, they haven’t deviated from their attacking game.

“Their set-piece has become a staple and with the spine of the team including Finn Russell and Stuart Hogg in the backs, they haven’t deviated from maintaining that appetite for attack, and to see them continue to do that, particularly in those conditions last week, was a credit to them.

“We are well aware of the threats that they have, we know the box of tricks that Finn has and the ability he has to play, but we have got to focus on the XV, not solely on an individual.” 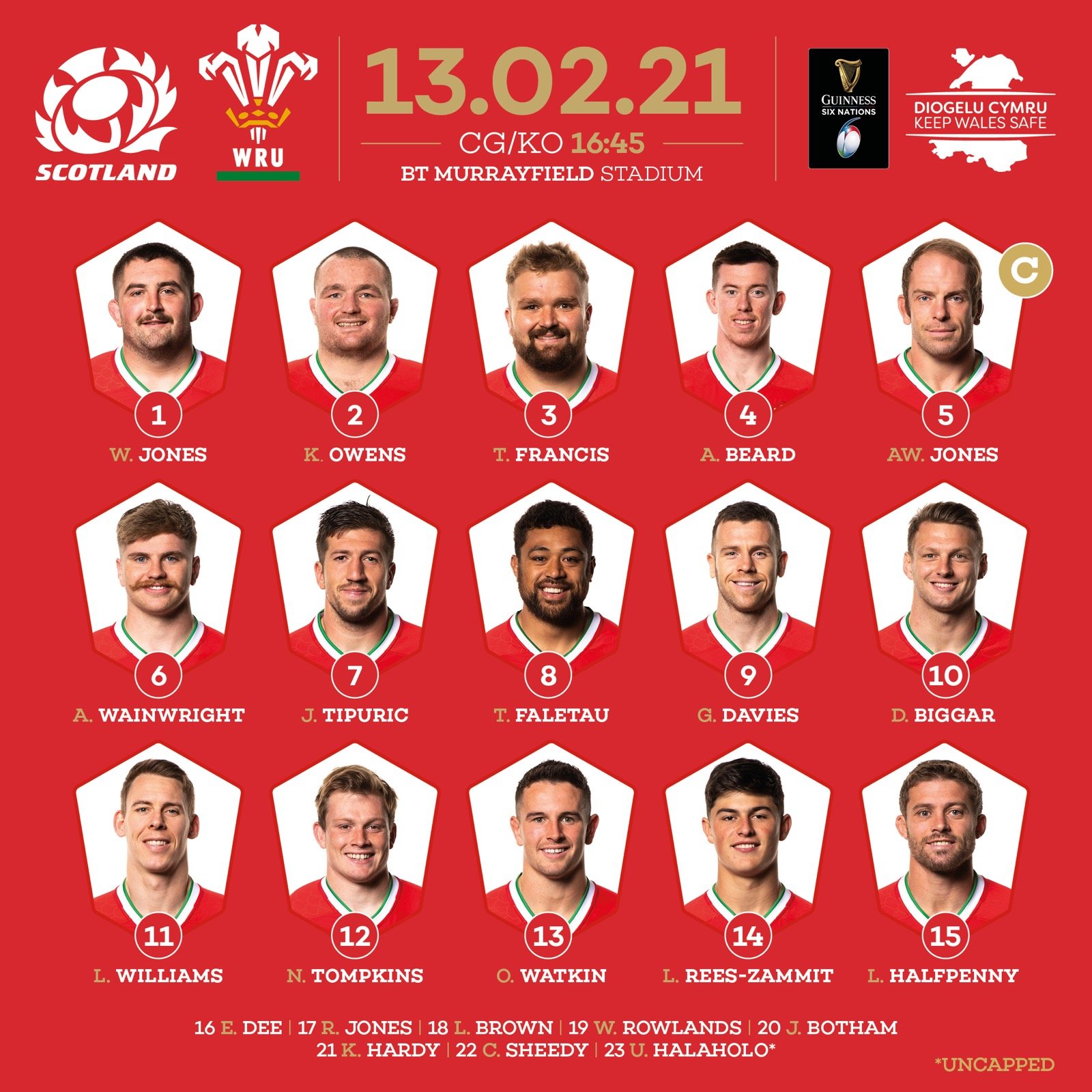 Scotland v Wales in the Six Nations kicks-off at 4.45pm on Saturday and is live on BBC.

St Andrews Brewing Co have released a new beer to celebrate the Scotland rugby team’s historic win at Twickenham at the start of the Six Nations this month.

Called 38 Year Itch – in reference to the amount of time that has passed since our men’s national team last won at Twickenham – the 3.8% Scotch Ale sold all 300 cases in 36 hours, with all profits going to the My Name’5 Doddie Foundation.

The beer label features a screenshot of a tweet sent by Jim Hamilton to his Rugby Pod co-host Andy Goode, the ex-England fly-half, after the Calcutta Cup match.

The beer is a lovely rich amber colour, with lots of dried fruits, toasted nuts and the ‘sweet, sweet aftertaste of victory’.