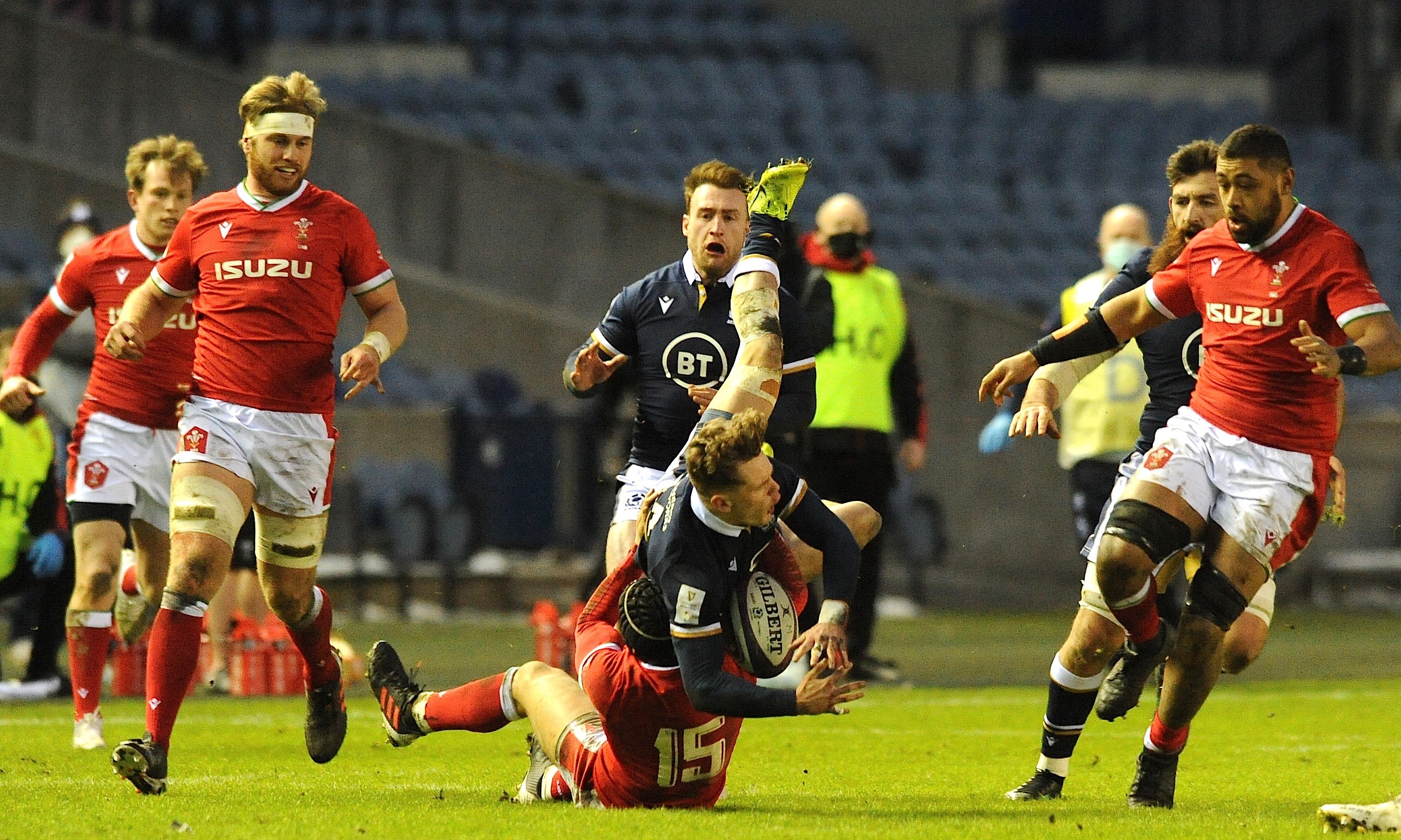 Wales winger Louis Rees-Zammit only turned 20 on February 2, but one try against Ireland last week and now two against Scotland on Saturday must have Warren Gatland keeping a very close eye on him with a Lions tour to come later this year.

Who makes that showpiece squad is for another day though and he and his team mates will just be delighted to have made it two wins from two in this year’s Six Nations after this one.

It was a scrap that is for sure, but their more experienced squad fed on Scotland’s ill-discipline and headed away from Edinburgh with a 25-24 triumph in the bag.

Gregor Townsend’s charges will wonder how this one got away. They came into this round two clash at BT Murrayfield off the back of a famous win at Twickenham against England seven days before – and when they were 17-3 up in the first half here they were in control.

Scotland conceded just six penalties against England in round one, but the Fagerson brothers – Zander and No.8 Matt – both conceded penalties in the first three minutes here.

Scotland were calm against the English and they showed that calmness again to battle back up the field, win a couple of penalties themselves and equalise through stand-off Finn Russell’s kick in the 11th minute.

Home back-row Blade Thomson was forced off for an HIA after 13 minutes with Gary Graham coming on.

Five minutes later Scotland, for whom Harris had started well, bagged the first try of the day.

A sumptuous chip from Ali Price finding Darcy Graham for the first score of the match! 👏 🏴󠁧󠁢󠁳󠁣󠁴󠁿#GuinnessSixNations #SCOvWAL pic.twitter.com/MDokKoBuAX

Scrum-half Ali Price nudged a wonderfully weighted kick over the top of the Welsh defence and winger Darcy Graham ran a great line to collect the ball and go over for an eighth try in just 16th Tests. Russell converted to make it 10-3.

Sadly for the hosts Thomson could not return to the fold so Graham stayed on.

And in the 25th minute they scored their second try. A fast attack saw skipper Stuart Hogg put a kick through towards the Welsh line.

The defence looked like they had it covered, but the ball squirmed out of Halfpenny’s control and Hogg took advantage, picking it up to score. Russell converted and it was 17-3.

Wales were a bit shell-shocked and in the 32nd minute it got worse for them when Halfpenny was forced off for an HIA to be replaced by debutante Uilisi Halaholo.

However, credit to Wayne Pivac’s me they got their heads up and scored a well-worked try before half-time to give themselves hope.

It came when they had penalty advantage in the 38th minute and centre Nick Tompkins managed to free his hands to get the ball away to Liam Williams.

Williams then fed fellow winger Rees-Zammit and the Gloucester flyer continued his great start to life in Test rugby with the five points.

Stand-off Dan Biggar missed the conversion and it was 17-8 at half-time. 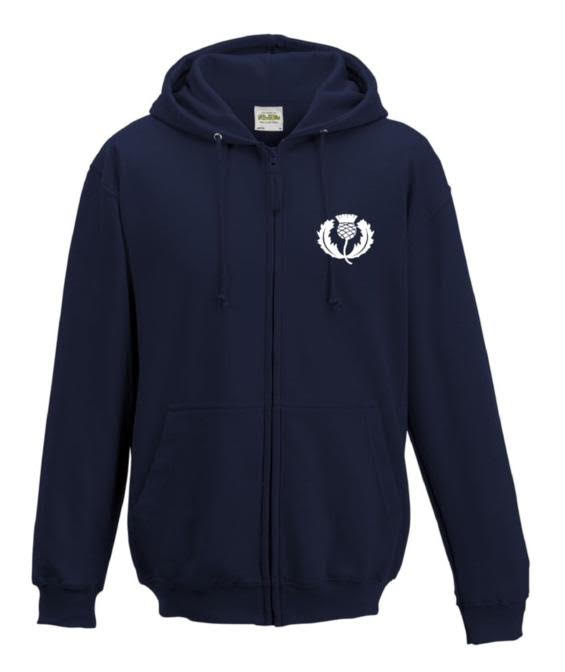 Halfpenny did not return to the field having failed his HIA, Halaholo staying on and the Welsh backline being re-jigged as a result.

Scotland gave away a couple of penalties early in the second period, but it was them who nearly scored next.

Price fed Gary Graham who looked like he had gone over for a try from short range, but once the referee had checked with his TMO it was deemed that second-row Scott Cummings had run an obstruction line/was in front of the ball carrier and it was no try.

Wales then made a bold move and switched their half backs, Kieran Hardy and Callum Sheedy replacing the more experienced duo of Gareth Davies and Biggar.

And it worked straight away, in the 52nd minute Williams went over in the corner after space was created by a good forward drive. Sheedy converted and the visitors had their tails up.

As Fagerson hit the ruck his shoulder was deemed by Carley to connect with Jones’ head, so he sent the player off despite Dickson suggesting that there were mitigating circumstances.

Wyn Jones then put Wales ahead very soon afterwards with an unconverted try and they were 20-17 up.

Scotland then brought on Richie Gray for Gary Graham while WP Nel came on to prop at tighthead, meaning Darcy Graham was withdrawn for the 14 man hosts.

Scotland then got within five metres of the Welsh line and won two penalties, but they continued to scrummage rather than take three easy points.

However, they got a good shove on against a Welsh pack who had made two changes just seconds before and the ball was shipped wide for Hogg to score in the corner. Russell nailed the conversion and it was 24-20 to the shorthanded hosts.

With 10 minutes to go Wales went back in front thanks to a great score by Player of the Match Rees-Zammit.

He chipped the ball over the head of Hogg and gathered it to score, but Sheedy could not convert and they were just one point to the good at 25-24.

Scotland had chances late on; Hogg sliced through the defence at one point and winger Duhan van der Merwe got away before centre Owen Watkin made a great tap tackle, but the visitors held on for a dogged and determined away day triumph.

Player of the Match Louis Rees-Zammit:  “We have come a long way from the last Six Nations.

“It is hard to come up here and get a win, it wasn’t pretty, but we did it and I am thoroughly enjoying being part of it.  I am only young, but I am loving being in the Welsh squad and being on this stage.” 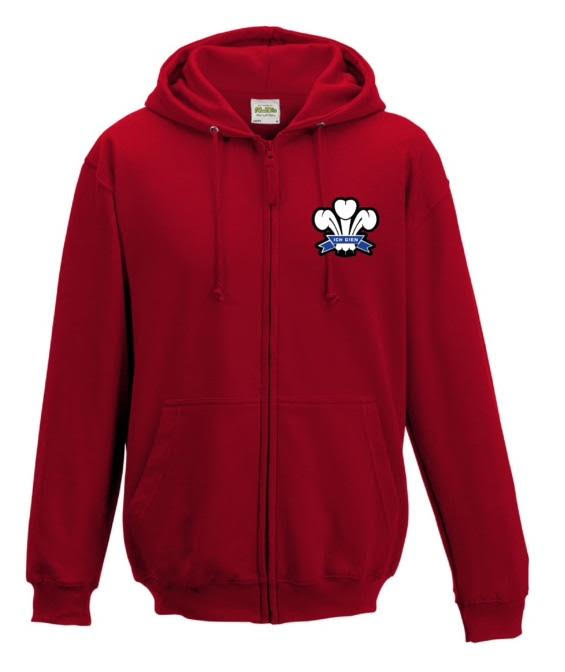 Scotland captain Stuart Hogg:  “I thought we started really well and we felt in control at 17-3 up, but we started being ill-disciplined and that is unacceptable. You can’t give Wales easy, cheap possession or they were punish you.

“We have to take this on the chin, it hurts right now.

“Discipline let us down, simple as that.”

The products available will take you back in time with shirt designs you may recollect from your childhood while each item is individually made so if there any items or colours not showing then please get in contact with them and the 1823 Heritage team will see if it can be accommodated.

So, what are you waiting for? Head over to 1823heritage.co.uk and have a look around after of that breathless Scotland v Wales match…