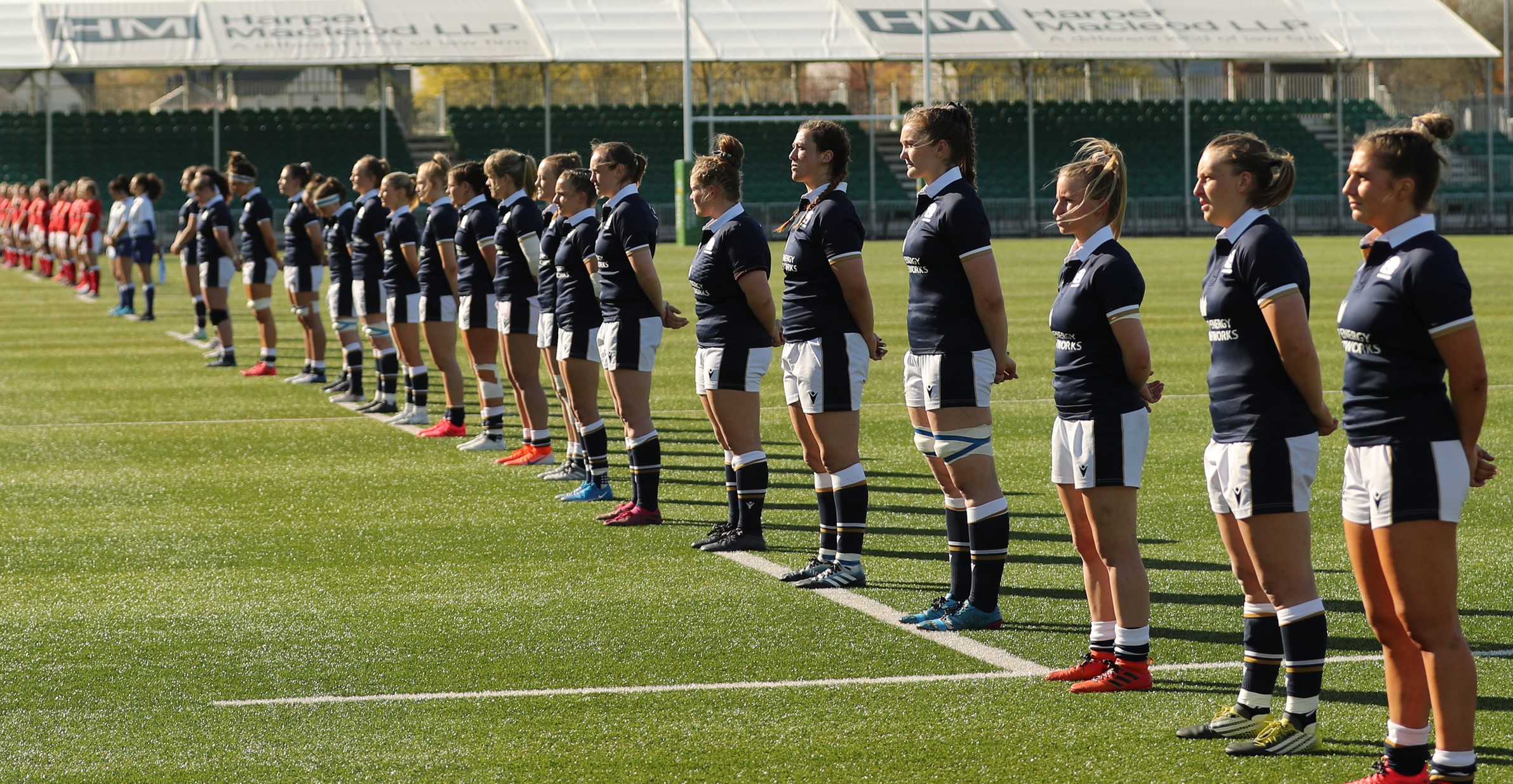 Head Coach Bryan Easson has hailed the resilience shown by his squad – on and off the pitch – in recent weeks after Scotland put in a much-improved performance to secure a vital win over Wales at Scotstoun and finish fifth in the Women’s Six Nations on Saturday.

Three tries in the first 40 minutes set-up this morale-boosting victory and the 27-20 triumph was Scotland’s first in the tournament since they won away in Ireland in March 2018 and their first ever at Scotstoun.

After defeats to England and, more disappointingly, Italy earlier in the tournament this result also leaves Scotland with plenty of positives to build on ahead of World Cup qualifiers which are likely to be held later in the year.

For three weeks this month the Scotland squad have been in a Covid secure bubble based in a hotel at Oriam on the outskirts of Edinburgh.

Many have had to take time off work and make other sacrifices during this period and Easson said:  “They have dealt with things very well, we have been in a bubble and even on the down days we can’t even get out of the hotel, they can’t get away from the place, so what they have been doing is testament to them.

“With the sacrifices that this group has made to train and to play, hats off to the guys and I am absolutely delighted for them to get a win.

“The work the girls have put in over the past few months, they really deserved what they got against Wales. The resilience they’ve shown, their adaptability to everything, the way they really fronted up post-last week’s game against Italy has really pleased me.”

“Scoring four tries at Scotstoun, winning at Scotstoun for the first time and it being only the second time in 17 years we’ve beaten Wales, well we have to look at that as a really positive result,” Easson continues.

“We’d spoken a lot about starting the game well and putting Wales under pressure. I thought we did that and deservedly went 5-0 up, but one thing we will be working on is kick-off reception.

“When you score, you really need to put pressure back on the opposition rather than yourselves. We scored, we then defended for 20 minutes, but after that I thought we were in the ascendancy and were the better team.

“We really turned the screw and what really pleased me was when we kept the ball for periods. There were times when we forced the issue too early, but when we put phases on the ball, the Welsh defence was put under a lot of pressure and there were some good scores because of that.”

Easson and his staff and the players will now have a couple of weeks off before they start to prepare for the World Cup qualifying event later in the year.

The exact format of the qualifying event is still to be confirmed as is the timings, but Scotland will be up against Ireland, Italy and Spain in what looks like being September/October.

Thanks to Rugby People for the main image