After his first Scotland cap, people who have helped Scott Steele along the way – and the man himself – share some thoughts… 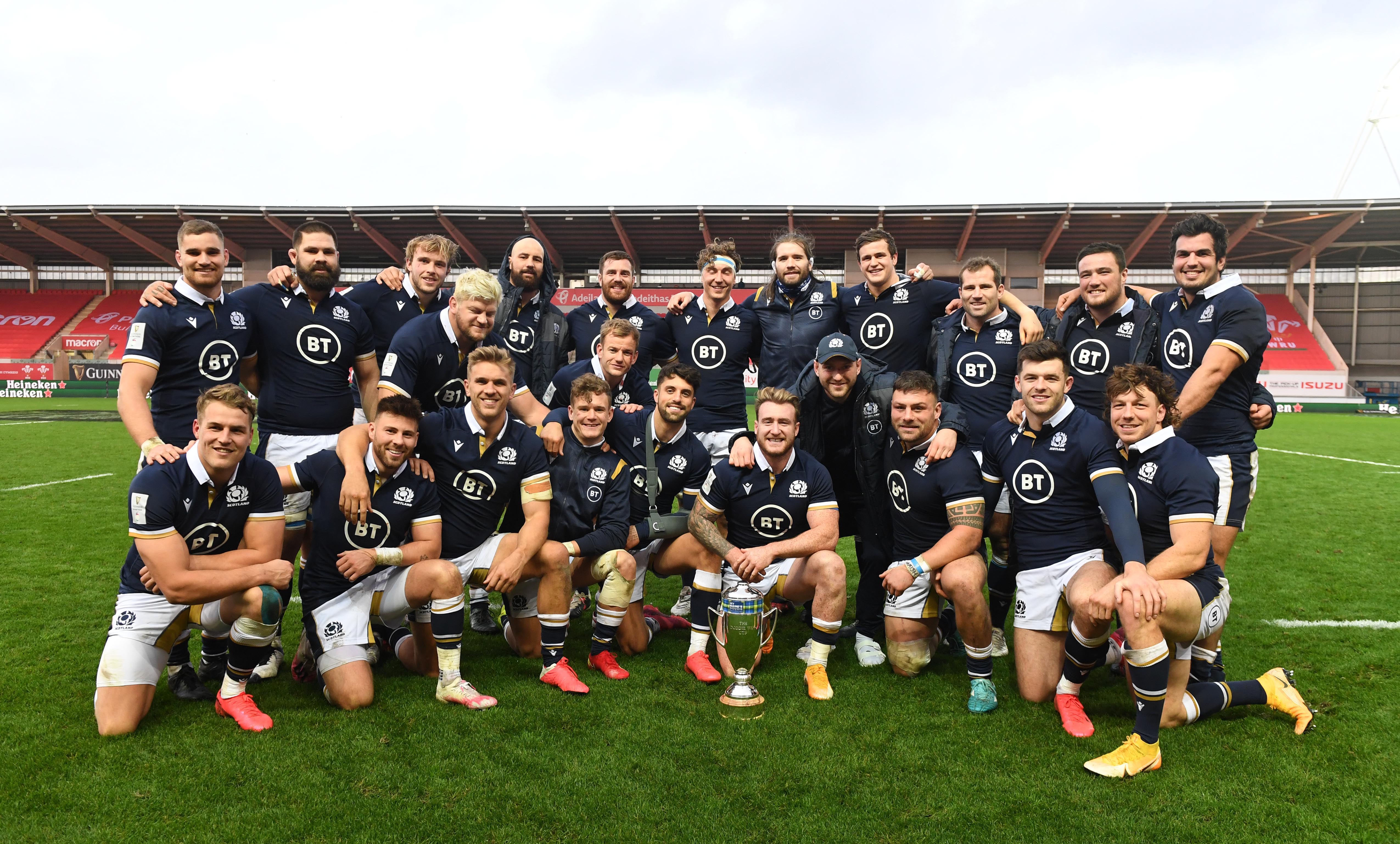 When Scott Steele came on for his Scotland debut in the 69th minute of the Six Nations clash in Wales on Saturday, the whole of the country was sitting at home watching TV and nervously cheering the team on.

However, the cheers were definitely the loudest in his hometown of Dumfries where lots of his family and friends were watching on with smiles on their faces knowing what the 27-year-old had been through to get to that point.

The fact that Scott had to come on on the wing rather than his regular scrum-half slot and help the team defend well and hold the Welsh out on the way to a 14-10 victory was apt given that he has never been shy at rolling up his sleeves and putting a shift in.

Over the years he has played his rugby for Merchiston Castle School, Watsonians, Leicester Tigers, London Irish and now Harlequins, but he will always remember fondly his time coming through the ranks at Dumfries Saints – and they remember him at Park Farm fondly too.

Jock Davidson, who coached Scott in his teens along with others like Mickey Hunt, said:  “It was brilliant to see Scott get on for Scotland at the weekend because I know how hard he has worked over the years.

“The great thing about Scott is that he is very coachable and always wants to learn and get better.

“As a youth coach that made my job easier as you knew that he was always going to come to training sessions and matches and give you 100 percent commitment.

“When he was at the club we made it to an under-16 Cup final and an under-18 Cup final and although we lost both times at Murrayfield you could see on those occasions that Scott had the mentality to play in the big matches.

“He has always had the attitude that he wants to win, growing up with two brothers [Rory and Jack] will have helped with that, while he was also a good footballer, but rugby soon took over.

“I managed to catch up with him on the phone on Sunday night and it was great to offer him my congratulations and he was, rightly, very proud.

“I am proud of him too and I know a lot of others from the club are also.”

Andy Graham, the current Dumfries Saints president, added:  “It is brilliant for the young players at Dumfries now to see what can be achieved when you are from this area.

“We are not the biggest club, but we like to think we punch above our weight and on the rugby field Scott does the same in a way.

“The cap is all about Scott and what he has done, but he would be the first person to thank Jock and the other coaches who helped him along the way while his family have always been there fort him and are still very closely connected to the club.

“His father John is an honorary president of the club and helps out along with his wife Gail while his brothers Rory and Jack were playing for our first XV last season.

“I know they were all buzzing over the weekend and loads of people connected with the club have been in touch with each other to celebrate Scott’s cap.

“It is just a pity that, given current restrictions, we could not all meet up at the clubhouse to watch it on a big screen, but we are all very excited about it.”

“I owe a lot to my family and friends in Dumfries”

After the match in Llanelli on Saturday, the Scotland back room team managed to set-up a Zoom call so that Scott’s nearest and dearest could chat to him and see him get presented with his cap by Stuart McInally.

“The management got my mum and dad, my brothers and my cousins on a Zoom call and they managed to see my cap presentation, so that was great,” the Harlequins man said.

“Stuart said a couple of nice words and it was a real proud moment for me while I owe a lot to my family and friends in Dumfries.

“I also owe a lot to Harlequins. They took me on when I was unattached, backed me and played me a lot over the remainder of the Premiership season [post-lockdown as 2019/20 came to an end] and if it wasn’t for my form for them and the opportunity I got I wouldn’t be here with Scotland.

“I thought the opportunity had come and gone to play at this level, however a new environment at club level and a new hunger has managed to make it happen which has been great.

“I wasn’t expecting to come on on the wing, but it’s something I’ve done before at club level. It was nerve wracking coming on in such a tight and such a big game, but I managed to get by with no errors so I was happy with that.

“It’s amazing to be part of the squad and play a part.”

Thanks to David Gibson/FOTOSPORT for the main squad image