Scotland under-20 head coach Carl Hogg has backed his team to “step up” when it matters most in today’s crucial World Championship match with Italy in Argentina.

After last Wednesday’s Pool C loss to Georgia, the Scots are left this week to battle against relegation from the top table of age-grade rugby.

They are playing off for ninth to 12th place and know that a victory over the Italians in Rosario (10.30am local time/2.30pm UK time) will make them safe for the 2020 tournament.

That would then leave them to play off against either Fiji or Georgia on Saturday to try and secure ninth, but a loss today would leave them playing one of those teams aiming to end up 11th.

For this game, Hogg has made two changes to the starting XV, Lomond MacPherson (Watsonians) is named on the wing while Robbie McCallum (Complutense Cisneros) gets the nod at inside centre.

Rory McMichael (Heriot’s) has moved from the wing to outside centre while Cameron Anderson of Wasps has moved to full-back.

There is no Grant Hughes (Stirling County) as he continues to recover from a head knock.

Italy have lost so far to Australia, England and Ireland, but pushed the English all the way in a 24-23 defeat while they beat Scotland 32-22 at Netherdale in the Six Nations back in February. 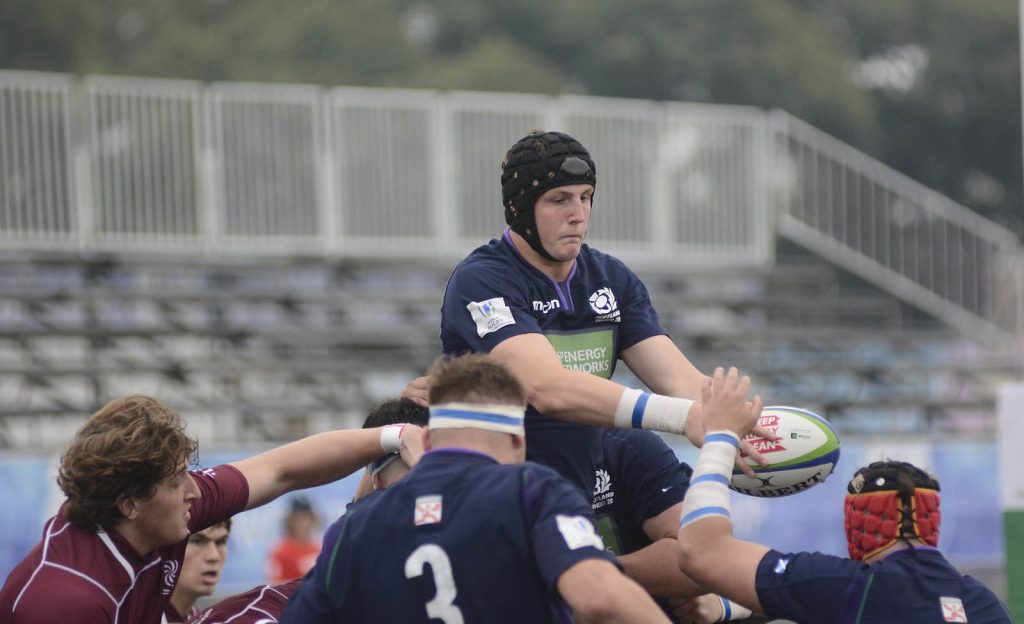 “They have a big forward pack, they have some very strong, powerful athletes so we will have to defend very well and they are a ‘line speed defence’ type of team that creates a different challenge for us,” Hogg said of the Italians.

“We have to make sure engage their defence and then play fast on that edge when we get the ball wide.

“Any team at this level is a challenge, but this is one we are looking forward to.

“I think we prepared particularly well on Saturday and in the captain’s run on Sunday, now we’ve got to make sure that we focus on the simple things consistently over the 80 minutes.

“It is going to be a tough challenge, but we know we can step up.”

Scotland v Italy takes place in the under-20 World Championship at 10.30am local time (2.30pm UK time) on Monday, June 17 – the match will be streamed live on world.rugby/u20