In these challenging times, we are all going to have to show resilience and one young man who has demonstrated that quality already in spades over the last few years is Lachlan Gaddie.

At the start of the 2016/17 school year, just before he entered lower sixth at Merchiston, the talented rugby player picked up an anterior cruciate ligament (ACL) injury to his knee.

That forced the back-rower to miss the whole of the 2017/18 campaign.

Then, having worked hard to get back to full fitness, he was named co-captain of the school’s first XV alongside scrum-half Jamie Dobie for 2018/19.

“I played about the first quarter of that season before picking up an ACL injury in my other knee, so that was a massive blow,” Lachlan, now 19, admitted.

“It has been a tough road, but I have been back playing rugby for Watsonians since the turn of the year now, and I am excited about the future.”

Lachlan grew up in Melrose in the Borders and began playing at the local club when he was five-years-old.

“I loved it at Melrose, the coaches were great while you got to play with your best friends every week and the setting there is pretty iconic, so those years gave me a taste for rugby and meant it was something I wanted to continue,” he explained.

He played at The Greenyards until he was about 14 before he moved to the capital to go to school at Merchiston.

“As soon as I got to Merchiston I immersed myself in the rugby side of things, and that was one of my main focuses – along with school work – for the next five years,” Lachlan continued.

“The rugby programme at School is excellent while the coaches put a lot of time in with you both during training and out with that to make sure you are always progressing and that you are in a good frame of mind.

“A number of coaches I worked with helped me as I moved through the school, people like Freddie Main, and when I got towards the first XV the Director of Rugby, Roddy Deans, really took me under his wing and gave me a lot of his time.

“He is very good at getting his message across and communicating while, as a former back-row himself; I was able to learn a lot about that specific role in the team from him.

“From a strength & conditioning point of view Iain Noble was great and obviously with my injuries he put a lot of time and effort in with me which I really appreciate, I can’t speak highly enough of him.”

Any sporting injury that stops you in your tracks can cause mental strain as well as physical and Lachlan is thankful to his school mates, teachers and family – as well as the aforementioned coaches – who helped him through his two spells on the sidelines.

“When I was injured the first time I was only 16, and it didn’t phase me too much because I knew I could bounce back and still play rugby for the school again,” he stated.

“However, having come back to play and being part of the first XV that was heading towards a Scottish Schools Cup under-18 final [in 2018/19] and then having my rugby ripped away from me again was hard to take the second time.

“My teammates were excellent with me. Dan Gamble [Scotland age-grade cap now playing for Heriot’s in the Super6] was injured at the same time, and mentally it helped to have someone else to rehab with, and we helped each other through the tougher times.

“Dan and I were able to run water for the team during their Schools Cup final win at BT Murrayfield [in December 2018], and the lads kept us involved which was great.

“While all that was going on, I also had a lot of school work to concentrate on, my teachers helped me to balance things and focus.

“And my family were a big help, always being there for me if I was panicking or worrying about things, so that helped me re-focus and keep looking ahead.”

Having had two significant operations already, towards the end of his school days, Lachlan had to have a third operation – in March 2019 – which knocked back his progress somewhat. 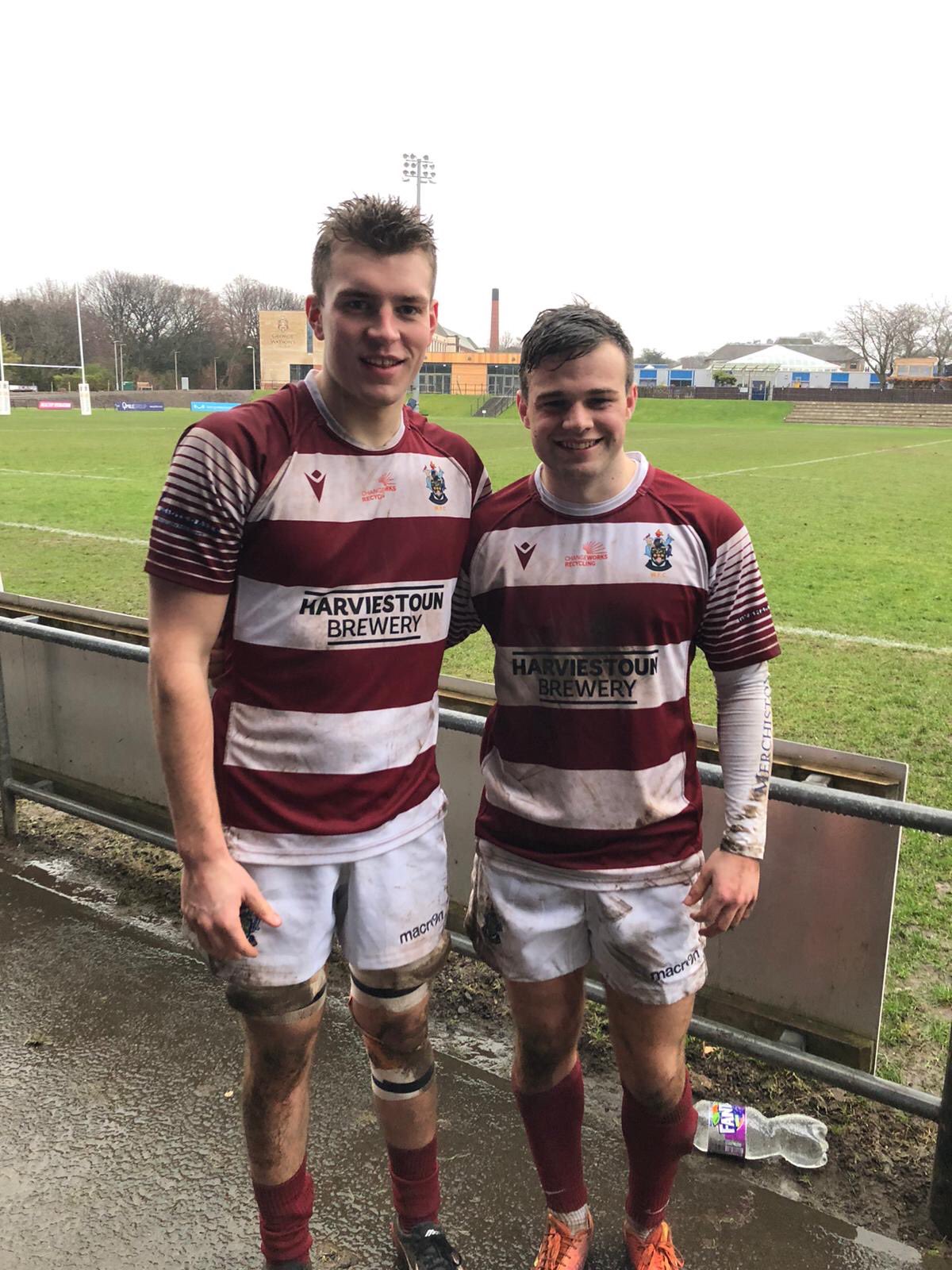 However, he was through the worst of his injuries by the time he left school and, while on a year out, Lachlan returned to competitive rugby in January this year.

“There were a couple of low points during my time out when I did wonder if I’d ever play again, but I knew [Watsonians first XV] head coach Bruce Ruthven from before and my former Merchiston school mate Chris Bell was captain there, so I joined up at Myreside,” he said.

“My first game back was against Cartha Queens Park in January. I was really nervous heading into the game, but it was great to be back.

“I was on the bench, and the plan was to play 30 minutes, but due to someone else going off I played about an hour and the team battled back to draw. It was good for me mentally to get that game time under my belt, and my family were there to watch.

“Then I was lucky enough to play against Gala, Kelso and Heriot’s Blues and the guys at Watsonians welcomed me in really well, and I hope to continue my return to rugby when the 2020/21 season gets underway later in the year.”