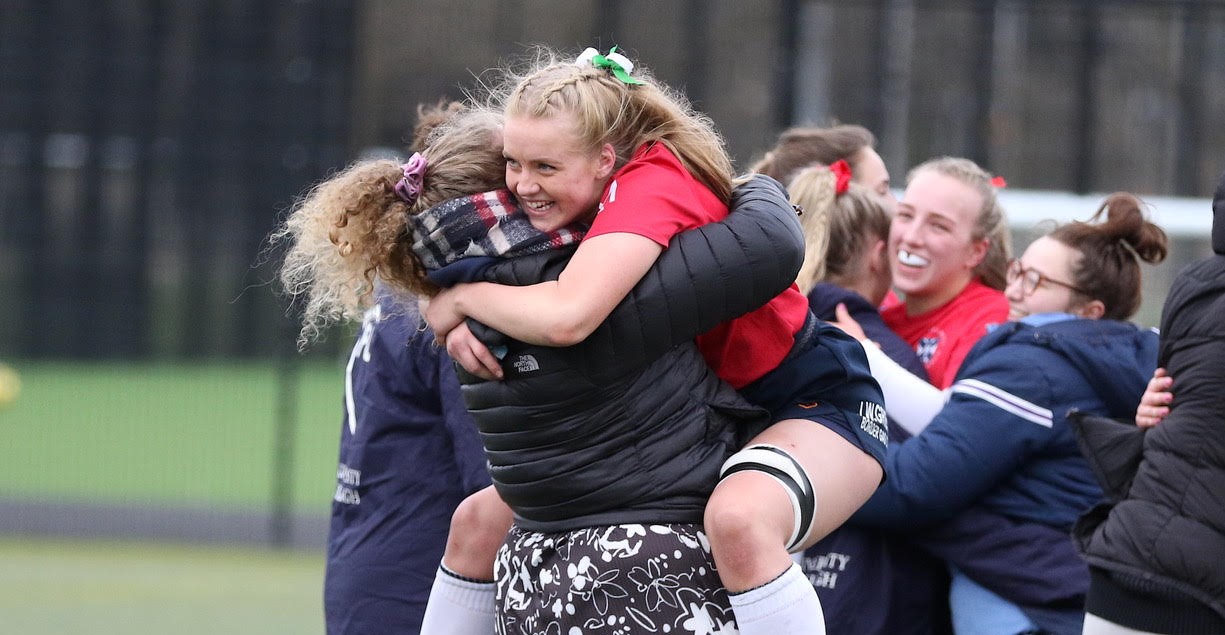 The 2019/20 rugby season for all in Scotland came to an abrupt end during March because of the ongoing Covid-19 situation, but Edinburgh University’s women’s team can still look back on the campaign with a sense of satisfaction.

Having already won their league and reached the final of the BUCS Championship [which was due to be played at the Ricoh Arena in Coventry on April 8] the team, led by coaches Claire Cruikshank and Gordon Lyon and skipper Rachel Law, were aiming to repeat the double from 2016/17.

Then the likes of Scotland caps Sarah Law, Rhona Lloyd, Lisa Thomson, Katie Dougan and Megan Gaffney were involved along with England under-20 International Sally Stott.

The others have all moved on, but in the season just passed Sally was joined in the squad by other Scotland wider squad members like Law junior, Panashe Muzambe, Sarah Denholm, Rachel Law, Evie Gallagher, Nicola Howat and Anne Young.

And the playing group was augmented by some exciting freshers including Eva Donaldson and Meryl Smith, the latter who has already played for Scotland Sevens.

Back-row Eva began playing rugby a bit when they had some sessions during PE at McLaren High School in Callander.

“One of the PE teachers was really into rugby and after we had tried it out he recommended that we headed along to one of the local clubs to play a bit more,” the 18-year-old sport and recreation management student said.

“At Stirling County there were so many girls there playing and the section was growing all the time and soon rugby overtook hockey as the sport that took up most of my time.

“I played under-15s and under-18s with County and when I was deciding where to study after school I knew that Edinburgh Uni had great rugby programme.” 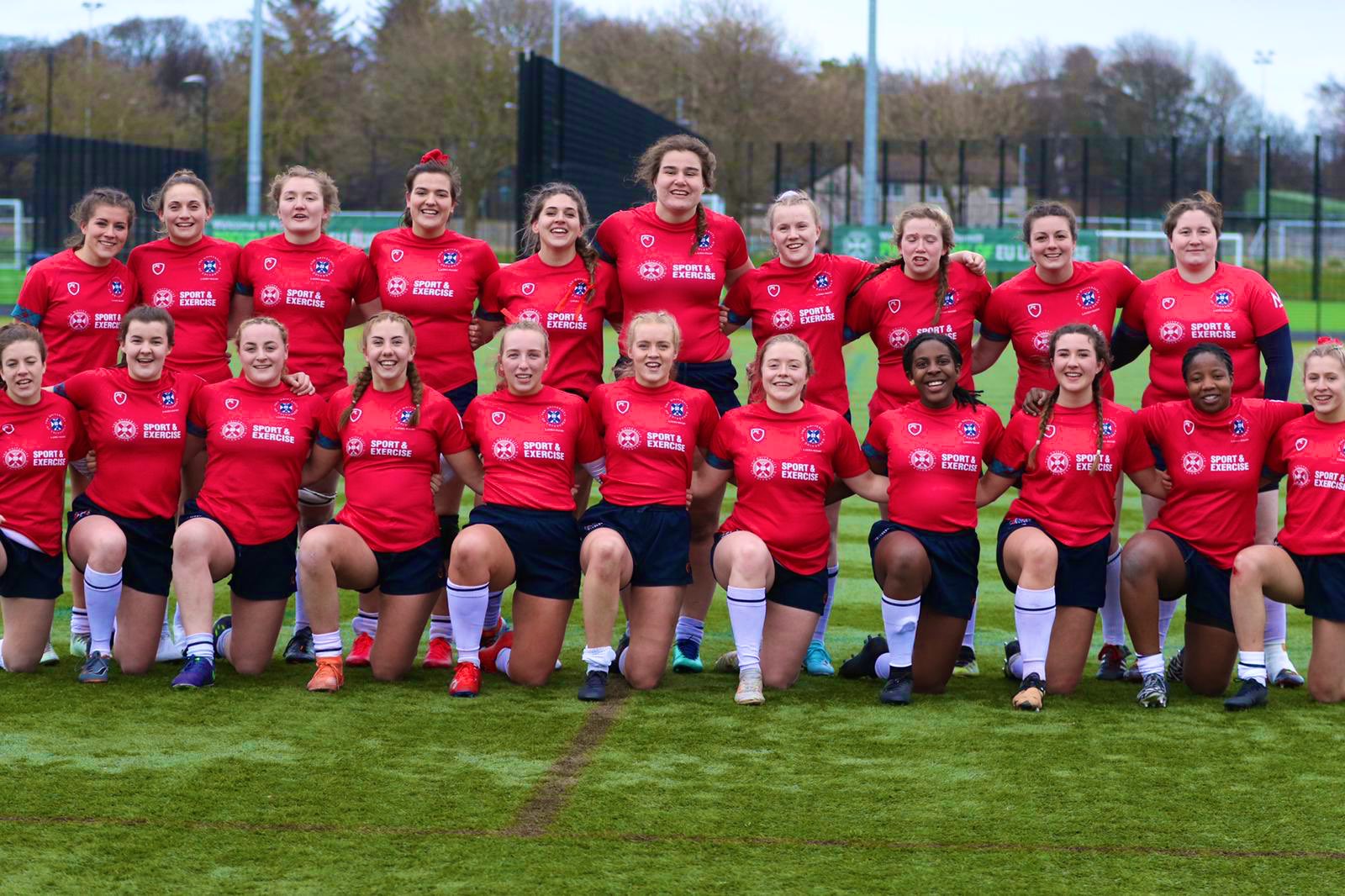 Eva admits, as one of the newbies and one of the younger members of the squad, that she was a bit daunted at first heading into the Edinburgh University rugby environment.

Those doubts soon disappeared when she joined the group in early season training and she said:  “Everyone was so welcoming no matter what age they were or their experience and that made it easy to settle in and concentrate on getting better at the sport in a good environment.

“I was on the bench for the Varsity match [a 52-0 win over St Andrews University at BT Murrayfield in September] and since then I have learnt a lot about playing number seven such as work at the breakdown and getting my hands on the ball a bit more in open play.

“The coaches have helped in that regard, but so have the older players and it has also been good working on a blend in the back-row an us all bringing different skills to the table in that area.”

She said:  “Seeing a player that is a team mates and a similar age to me like Sarah Denholm earning caps for Scotland recently made me proud for her, but also made me keen to keep up the hard work and hopefully push towards that in the future.

“I still have loads to learn, but I am in a great environment at Edinburgh Uni to try and do that.” 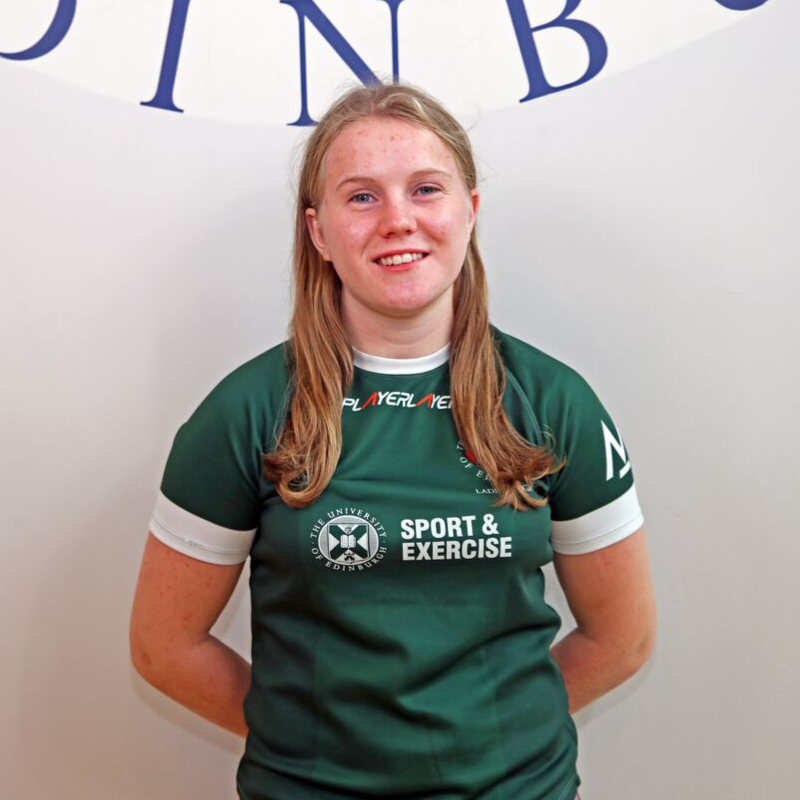 Centre Meryl started playing rugby when she lived in Holland as a youngster.

“I think I was about six when I started playing, I was the only girl in the team at first, but I got used to it,” the 18-year-old biological sciences student explained.

“We were in Holland for about 10 years and when I came back to Scotland I started to play hockey as well, but rugby was always the priority.

“I was at school at Edinburgh Academy, they didn’t have a girls team so I played for Murrayfield Wanderers in the age-grade teams which I enjoyed.”

Whilst still at school Meryl, who also has experience with the national under-18s and 20 under her belt, was invited to train with the Scotland Sevens wider squad and made such an impact on head coach Scott Forrest that he took her to two events.

“I really enjoyed my two outings so far for Scotland Sevens, being at the World Series event in Biarritz with New Zealand and teams like that was like a dream come true,” she recounted.

“I then played in the [Rugby Europe] event in the Ukraine later that summer and playing alongside players who are now in the wider GB squad for the Olympics definitely showed me the levels I need to aspire to.”

And she hopes playing for Edinburgh University can help her to, one day, go on and reach the ultimate goal of a XV-a-side Scotland cap.

“When I came to uni at the end of last summer I knew a few of the girls already and that made it easier to integrate and the set-up here is great,” the player who scored 20 points in the Varsity match and was named the Keri Holdsworth player of the match said.

“We all push each other on and that was seen by the way the team improved over the season just gone.

“Before I came to uni I often played at 10, but I have played quite a lot at centre this year and that has been enjoyable.

“I feel like I learn with every game I play and have a bit of experience from different environments now to try and take forward into the future.”

Thanks to Elis Martin and Edinburgh University for the photos