Scotland rugby cap Sophie Anderson has risen to every challenge she has faced on the sports pitch in her career to date – and now she is preparing to step up to the mark off the pitch to help out the amazing NHS effort.

Sophie, who turned 22 last Saturday and is originally from Mintlaw in Aberdeenshire, has had a brilliant sporting journey, playing top flight football when she was in her teens and now, having switched to rugby, made three appearances for her country.

Her other passion in life is midwifery and, ever since a placement shadowing midwives in Croatia a few years ago, she has not looked back.

She is just about to finish her second year of midwifery studies at the University of the West of Scotland, but such is the hands on nature of the vocation that she has already helped deliver 24 babies.

And that number is set to rise sharply in the coming weeks because as of next week [Monday, April 20] she and her fellow students will be working full-time to help the NHS whose resources are being stretched during the ongoing coronavirus situation.

“It is obviously a tough time for everyone in the country at the minute and I am just honoured that I can play my part with the NHS,” Sophie stated.

“A number of students have been called in to help and we will be involved full-time for at least 12 weeks in a labour ward or on placement in a ward.

“Just before the current [Covid-19] situation arose I had been doing an eight week placement which was helping deal with a lot of emergencies and such like and that spell should help me when I begin my next chapter soon.

“It will certainly be hectic and busy, but in my first six week placement in the Glasgow Royal labour ward during my first year of studies I was right into things, helping deliver 15 babies, and I have just loved midwifery since then.” 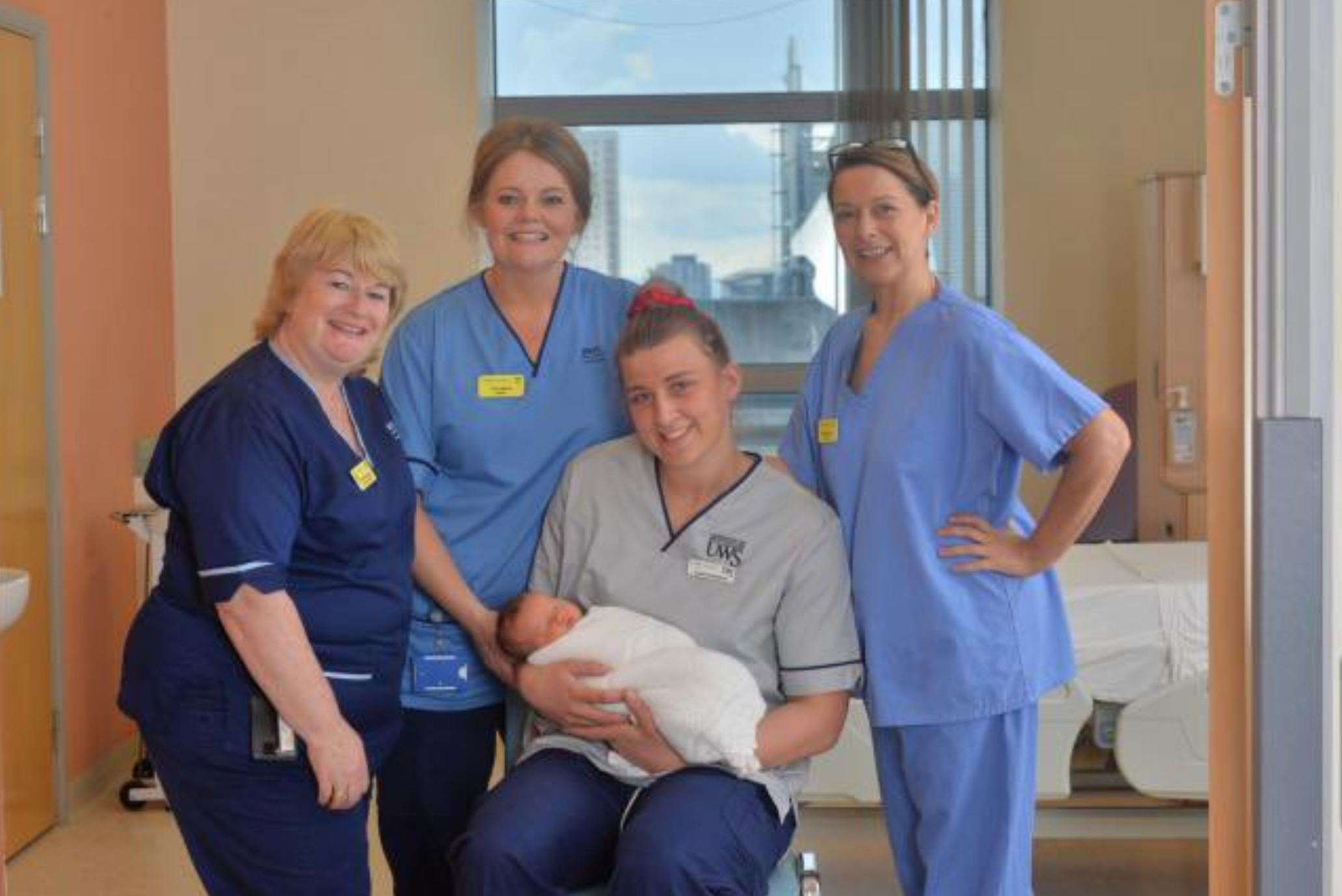 Growing up football was the big sport for Sophie from about the age of five.

Given that her family had connections with Kim Little – who now has over 130 Scotland caps and plays for Arsenal – that is perhaps no surprise – and Anderson soon began to flourish.

“I played for Buchan Ladies and I made it into the senior team when I was around 14,” she explained.

“That was massive for me at the time and because the team were in the top division in the country then we were playing against the likes of Glasgow City, Celtic, Rangers and Hibernian who had full internationalists in their ranks.

“I was a versatile player, I played wherever the team needed, I enjoyed playing up front or at centre half, but I even did a stint in goals when needed.”

Her football journey took Sophie all over Scotland, the rest of the UK and further afield to places like Sweden, so why did she switch to rugby?

“A friend had been on at me to try it and in 2016 when I was 18 I eventually went down to a training session at Garioch and I have been in love with the sport ever since,” she said.

A very impressive half season with Garioch – on the wing mainly – saw her come onto the radar of Scottish Rugby scouts and Anderson moved to Glasgow in the summer of 2017 to study and play for top club Hillhead/Jordanhill.

Hills won the top flight title in 2017/18 and made it a double with victory in the Sarah Beaney Cup at BT Murrayfield, but that was a bittersweet day for Sophie as she broke her foot.

“That was in April 2018 and was a big blow because I had just been invited to a few Scotland camps and things were moving forward with my rugby,” she recounted.

“Due to the injury I decided to take 2018/19 out from my studies and thanks to great help from the medical staff at Scottish Rugby I was back fit by that December.

“I was then in Madrid making my full Scotland debut off the bench against Spain in January 2019 and it had all been a bit of a whirlwind – it was just an amazing experience, especially as I had taken a leap by changing sports aged 18.

“After that I managed to earn caps two and three against Italy and Ireland in the Six Nations. Sadly, in the Ireland game the metalwork snapped in my foot that had broken the year before.

“I had to get the metalwork taken out during an operation and for a long time after that my foot just wasn’t right.

“Recently I have been back playing for Hills in club games, but during 2019/20 I decided to take a step back from Scotland stuff to focus on my second year of midwifery.”

Given her drive and determination there is little doubt we will see Anderson back representing Scotland for the future, but for now all her attention is on helping the NHS with their current battle against a tough opponent.

Thanks to Mark Brown and Sophie Anderson for the photos