In 2018/19 rugby talent Rory Stewart-Cox scored a try at BT Murrayfield to help Merchiston Castle’s 1st XV win silverware during his final year of school – and in the 2019/20 season just gone he got his hands on a trophy once again.

Rory started at full-back for the Merchiston under-18 side which overpowered St Aloysius’ College 40-7 at the national stadium in Edinburgh in the Scottish Schools Cup final some 16 months ago.

Scoring one of the six tries on the night for the team was a great way to sign off his school career on the rugby pitch, but it gave him a taste for more.

So, as soon as he headed south to further his education at Durham University late last summer, he went along to pre-season training and made an instant impression.

Indeed, as a fresher, he managed to force his way into the university’s 1st XV squad – no mean feat – and played his part as they secured the British Universities and Colleges Sport (BUCS) Super Rugby title in February after a 24-14 triumph over Leeds Beckett University.

With captain Jamie Dobie now playing for Glasgow Warriors, Matthew Currie and Dan Gamble in the Scottish Rugby Academy and Scotland under-20 set-ups, George Kyriazi and Lachlan Gaddie turning out for Watsonians, Rory doing well in the student game and others also continuing their sporting journeys, the Merchiston class of 2019 has achieved some great things in rugby already.

Rory lived in Hong Kong when he was younger and began to love rugby when he started playing at Sandy Bay from the age of eight.

“I then moved over to study at Merchiston when I was around 12, and it was great to know that Merchiston had such a rugby tradition because I enjoyed it as well as playing other sports,” Rory, now 19, stated.

“We had good coaches at Merchiston, and they always made it fun for us, but made sure we were always learning too.

“By the time we were in UVI, we knew that we were an excellent side and we were determined and focused on making it to Murrayfield as an under-18s team.

“The big occasion and the fact that we were marginal favourites heading into the Scottish Schools Cup final could have made us nervous, but we all knew our roles and what we had to do, and although it was on the big stage we just stuck to our processes and to get the win in front of school mates and our families was brilliant.”

During his last few months of school in early 2019 – and with a place to study at Durham already secured – Rory was put in touch with the university’s Head of Rugby Alex Keay.

“They were playing at the Melrose Sevens last April, and I spoke with Alex then and liked what he had to say,” Rory, who plays mainly in the back three, explained. 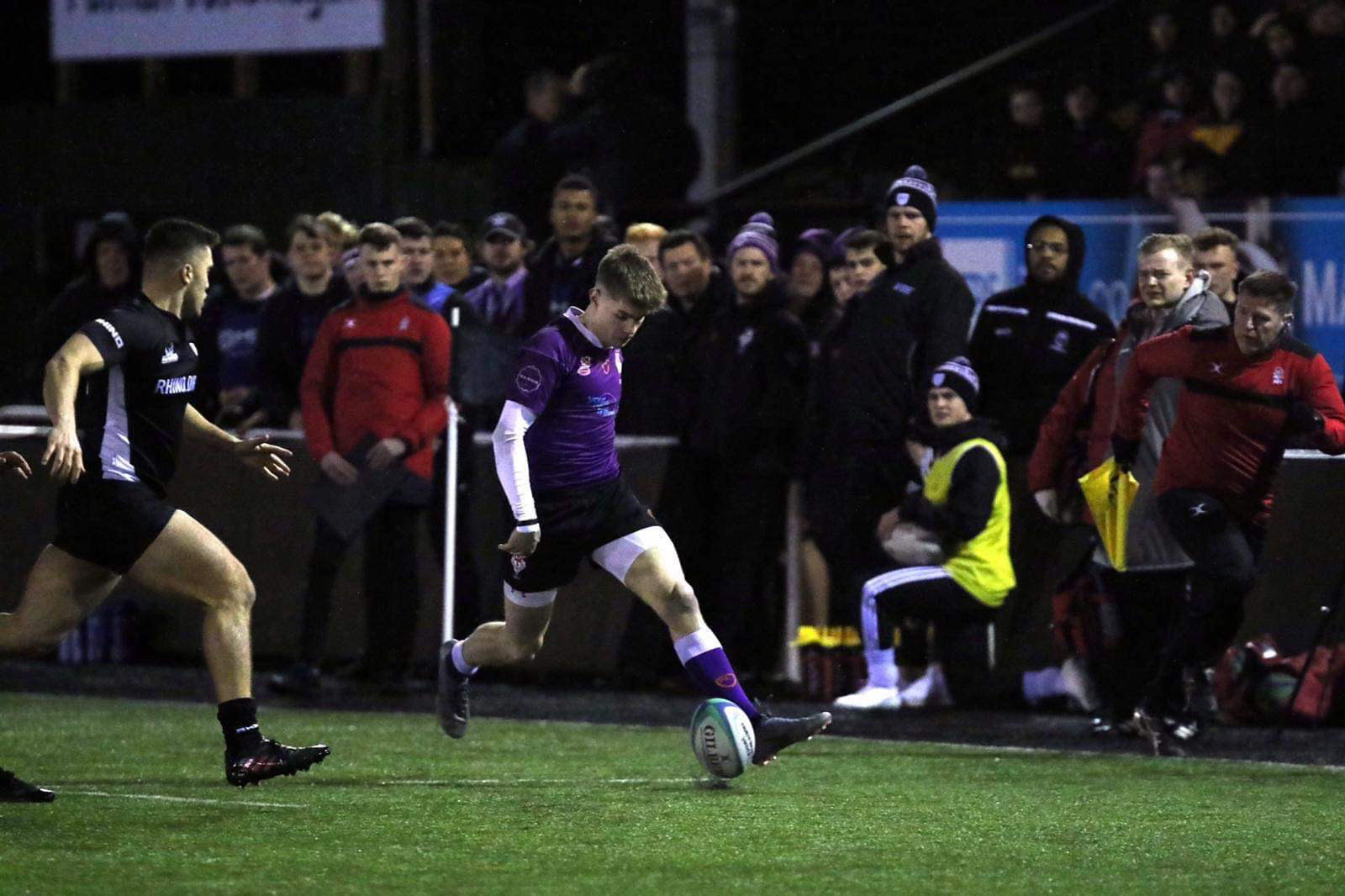 “I headed down to Durham in September to start pre-season with the lads, and I wasn’t sure what to expect, but the older players all made me feel welcome straight away.

“Physicality and things were a step-up, but I just put in the hard work, and joined the training trip to Portugal.

“We then played a pre-season match against Cambridge, and I was given a start on the wing. That was a big boost for me before I pulled my hamstring and was then out for nine or ten weeks.

“When I regained my fitness, I managed to get on the bench for a Super Rugby game and then was in and around the matchday squad for a run of games which eventually saw us win the league in February.

“It was an amazing experience, and I have loved my first year of rugby outside of school. The rugby grounding I received at Merchiston helped me feel more confident heading into the Durham environment, and I am already looking forward to kicking on during 2020/21.”

“He is a serious athlete, with lightning speed and real fast feet”

Rory’s rugby coach at Durham, Alex Keay, said:  “Rory is a very good player, if he develops as I think he will then I think he can go on to be some rugby player.

“He has really good feet for quite a tall lad, good pace, is strong, is very good under the high ball, and his work ethic is superb. I enjoy working with him, and he certainly did a good job for us in the season just gone.”

“From a boy who lacked real confidence on and off the field, he developed into a game-changing and match-winning player with the ability to score tries from anywhere.

“He is a serious athlete, with lightning speed and real fast feet. He played in the 1st XV for two seasons and scored 15 tries in his final year. He changed the game against George Watson’s College in a very tight semi-final, when he made a break up the blindside and beat three players, from there we kicked on and won the game. He also scored a beautiful try in the final when linking up with Jamie Dobie.

“To leave school and go straight into the 1st XV team at Durham Uni displays his natural rugby ability. I firmly believe he possesses all the necessary attributes required to play at a high level.

“I caught up with him recently, and he was bouncing with confidence after winning the league with Durham. It’s rewarding to watch our boys reap the rewards of rugby and compete at all levels of rugby.

“We are all excited about his future and look forward to tracking his future pathway.”