Wales held on in the second half to see off an injury-ravaged Scottish side and keep their own Grand Slam dreams alive at BT Murrayfield on Saturday afternoon.

Josh Adams, the winger, had a good chip and chase for Wales early on before, in the sixth minute, a nice pass by Scotland winger Darcy Graham set-up centre Nick Grigg to go down the left.

Scotland went through the phases and although they did not score it signalled their intent.

Back-row Jamie Ritchie was then forced off with a blood injury to be replaced by the returning Hamish Watson before Scotland took the lead.

That came in the 11th minute when stand-off Finn Russell kicked a penalty.

Two minutes later Wales went ahead when some neat hands by the Welsh inside backs set Adams free and he ghosted past full-back Blair Kinghorn for the try. Stand-off Gareth Anscombe converted.

Watson was then forced to leave the field to be replaced by hooker – and former back-row Fraser Brown – before Ritchie came back on.

Before Ritchie’s return Graham had shown his danger with a great run through the middle and a Russell penalty made it 7-6 in the 21st minute.

Wales second-row Adam Beard was then forced off with a blood injury, Jake Ball coming on and 50 cap man Tommy Seymour went off for Scotland with Byron McGuigan coming on after a breathless quarter of rugby.

An Anscombe penalty made it 10-6 before their second try from centre Jonathan Davies made it 15-6.

It went from bad to worse for Scotland with Kinghorn forced off to be replaced by Adam Hastings – ‘Hastings at 15 at Murrayfield I think we have heard that before somewhere’ – and the visitors were in total command. 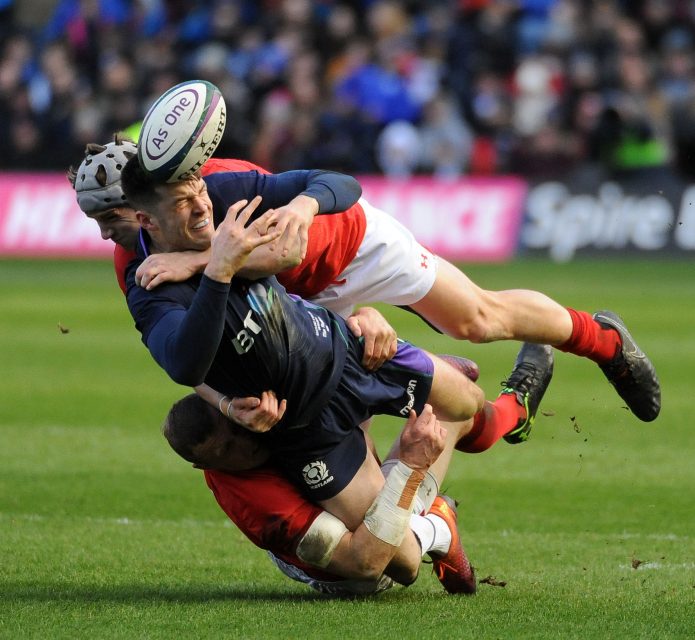 That was the way things stayed until the interval and, although they were patched up, Scotland started the second half with possession if a lack of accuracy.

After 52 minutes second-half Grant Gilchrist was held up over the line and then Scotland had a couple of other try scoring chances before a poor pass to Ritchie saw the opportunity lost.

Still Scotland kept coming though and you had to admire their spirit, Graham getting his first try in the corner in the 58th minute after good work from Hastings.

It was unconverted, but Scotland were just four points down at 15-11 and certainly on the front foot.

Wales did regain possession soon after the hour mark and, but for poor handling, should have scored their third try.

Try scorer Graham was then forced off injured meaning that scrum-half Ali Price shifted to the wing with Greig Laidlaw coming on at nine.

They also made three changes in the pack and one of those Hamish Watson made a couple of great breaks.

With 11 minutes to go in this bizarre Test match Scotland had a lineout five metres and the resultant maul was hauled down illegally giving them another penalty.

From that one they played through many phases, but the Welsh defence was superb and repelled them backwards.

With five minutes to go Russell dinked a kick through into the Wales ‘22’, but Price tackled Anscombe without the ball and that penalty relieved the pressure for the visitors.

And a last minute penalty from Anscombe gave Wales an 18-11 victory. 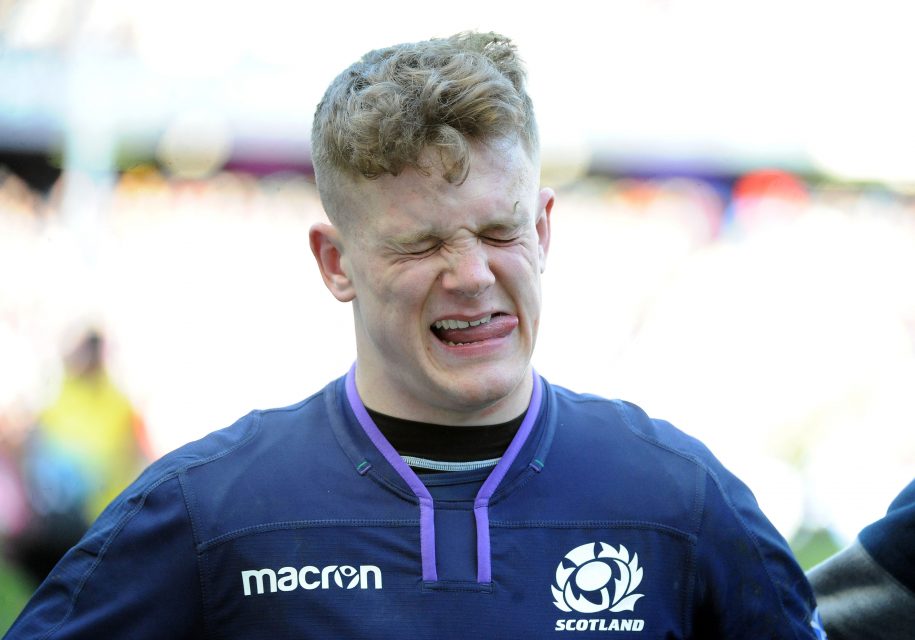 Scotland head coach Gregor Townsend:  “There is partly frustration but a lot of pride, we gave a true picture of what we are capable of.

“The players had to handle some things that went against them, injuries early on and reshuffling the backline and players out of position, but we showed what we were made of in that second half in terms of the rugby we want to play and in our character.

“We had enough pressure in the second half to win. Strong defences will force errors, but but we forced a lot of penalties out of Wales, I think five in the ‘22’ that should normally lead to yellow cards with that pressure, but obviously we are very frustrated that that didn’t happen.” 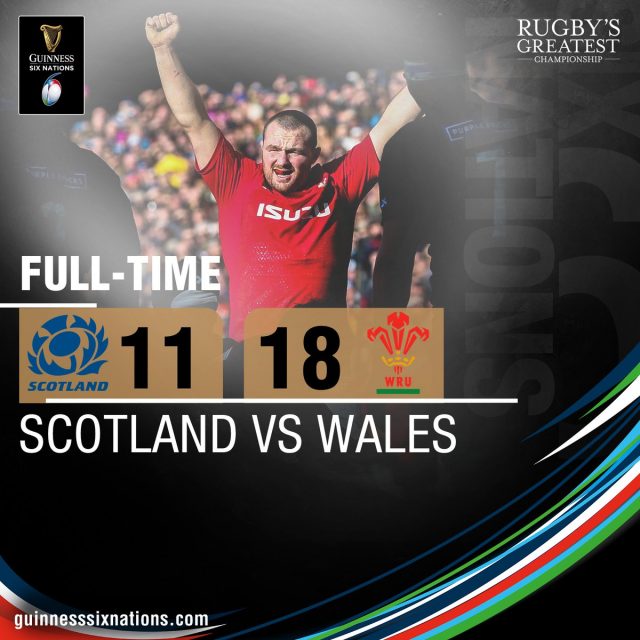 Man of the match:

Thanks to David Gibson/FOTOSPORT for the images

As a multi-disciplinary studio, we strive to use innovative solutions at every stage of the design process to ensure that we deliver beautiful, bespoke, environmentally conscious spaces that meet the needs of clients and occupants. We believe we have a responsibility as stewards of the environment, and we embrace this responsibility at the core of how we conduct our business. With a collaboration design culture, we are committed to high performance and energy efficient design on an international scale. This collaborative process allows us to deliver vibrant and sustainable designs, with the belief that the space we live in directly influences the quality of our lives.

We have studios located in Edinburgh, Dubai and Muscat with partners in St Petersburg, Beirut, Saudi Arabia, Shenzhen and Hong Kong.