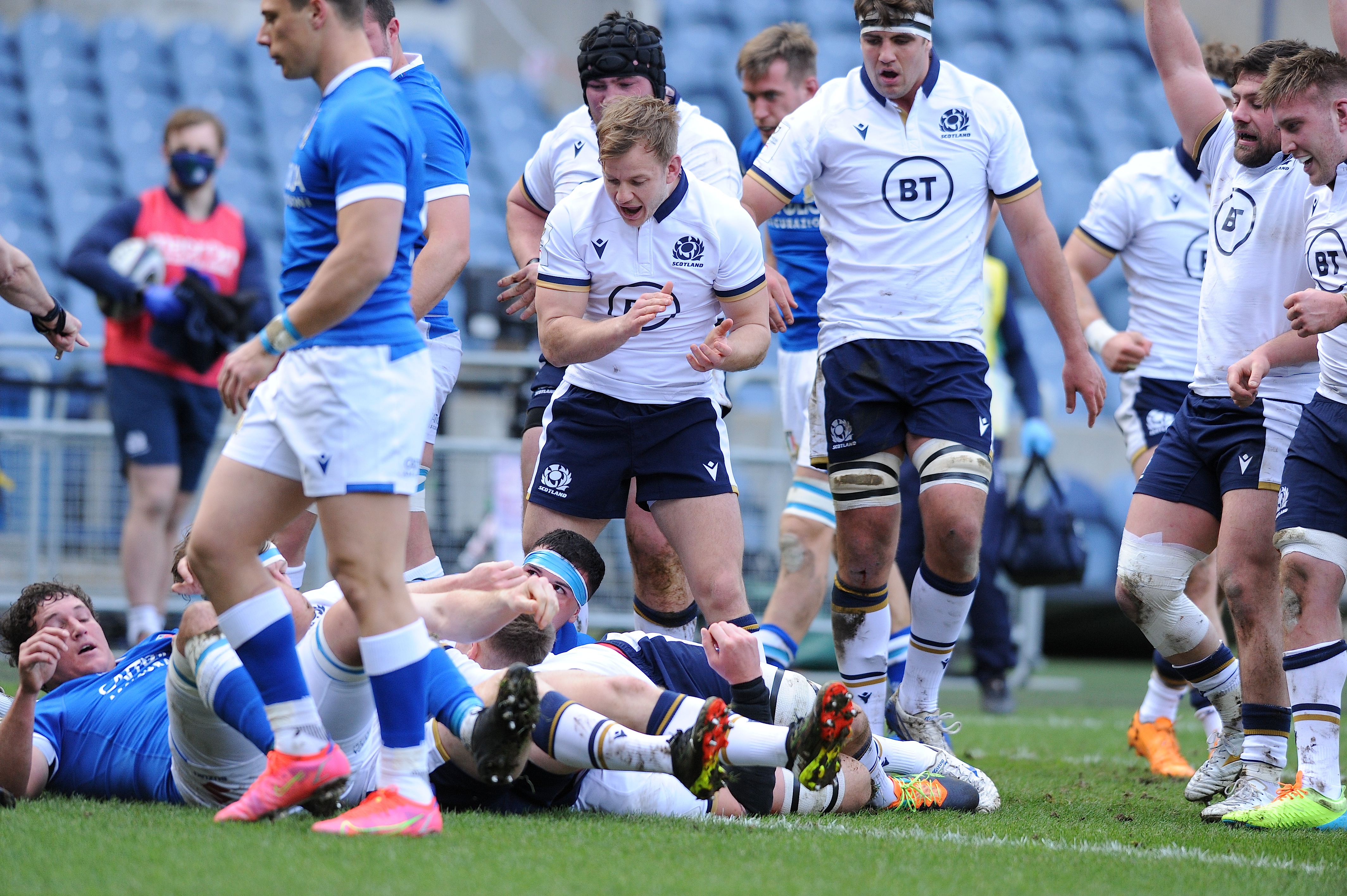 Scott Steele enjoyed his first start for his country in the victory over Italy at BT Murrayfield on Saturday – and he has now quickly turned his attentions to taking on France this Friday night.

The French and the Scots meet in Paris in the delayed round three Six Nations match at the end of this week with a lot still to play for.

France can win the title while a favourable result for Scotland could see them finish second in the table behind Wales.

There is a quick turnaround and Steele, the 27-year-old scrum-half from Dumfries, will find out in the coming days if he will retain the number nine jersey or be used as back-up to Ali Price off the bench.

Whichever, he is looking forward to the match and potentially facing off with France’s number nine Antoine Dupont, the 24-year-old who many pundits say is the best player in the world right now.

“You want to test yourself against the best and he’s playing some great stuff at the minute,” Harlequins man Steele said about facing Dupont.

“He’s got a pretty big forward pack in front of him, giving him a good platform.

“As a rugby player, you always want to play against the very best. That’s something I’ll look forward to if I get the opportunity, I’d relish it.

“We know the challenge ahead. France are going to be tough, a real physical team who have been playing some great rugby.

“Italy actually stretched us at times which was good because we could test ourselves.

“We also spoke after the game about the fact that it wasn’t perfect, but we managed to reset and move on to the next jobs.

“There will be things we can use from the game, when we review it, as we had into the France game, but we’re all aware of the challenge we’re facing in Paris.

“It’s something we’re obviously looking forward to as a squad.

“Right now the priority is to get the bodies right so we can go out there and have a real crack at it.

“It would be massive to go and get our first win in Paris since 1999 and it would show that we could back up the performance against Italy.

“That’s what we’re aiming for, although we know it’s not going to be easy.

“It’s been a long time since we won over there. It would be great if we could go over and do that.

“We’ll have to learn from the Italy game, study the things that worked and the things that didn’t work. We wasn’t to go over there and get the result that everyone wants.”

Craig began his rugby life at Stewartry and Dumfries Saints before heading southwards to play for Hartpury and now Gloucester.

“It was great to see him get on, he’s worked very hard and played some very good stuff for Gloucester this year,” Steele said about 23-year-old Craig.

“So, to see him get off the bench and make an impact, throw his weight around, it was great. It’s a very proud day for him and his family. He’ll be over the moon with that.”

So, what are you waiting for? Head over to 1823heritage.co.uk and have a look around ahead of the final match of the Six Nations…