Zlin in the Czech Republic may not be where all rugby dreams come true, but for Edinburgh Accies’ back-row Lawrie Seydak it was certainly the venue for the highlight of his sporting career to date.

At the end of September Lawrie, now 26, made his international debut for Poland there in a Rugby Europe Trophy victory over the hosts 41-22.

Lawrie and his brother Ronan, who also plays his club rugby in the Tennent’s Premiership with Accies, were born and brought up in Scotland, but have always known of their Polish roots.

Their grandfather on their father’s side passed away sadly when Lawrie was just four, but he had been born in Poland before relocating to the UK.

And for Lawrie – who has played his rugby to date with Edinburgh Academy school, Heriot’s, Aberdeen Grammar and Accies – the last few months have been very exciting. 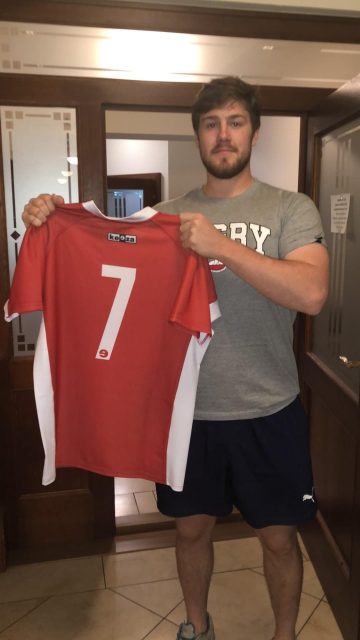 “Myself and Ronan have always known that we were eligible to play for Poland because our dad’s dad was from there, but we had never actually done and digging,” he explained.

“Ronan was playing for Accies at this year’s Melrose Sevens back in April and my dad was there watching and he got chatting to the Poland coach there about us and things kind of went from there.

“Firstly a few emails went back and forth and then I went across to Rovigo in Italy during the summer for a week long training camp with a wider Poland squad.

“It was very hot as it was the beginning of August and we were doing ‘yo-yo tests’ and it was bloody tough, but I just tried to do my bit to show the coaches what I was all about.

“After the camp I wasn’t sure if I had done enough because communication was tough, but I was delighted to hear back from them saying they wanted me to be a part of the squad going forward.”

Fast forward a few weeks and Lawrie was travelling to the Czech Republic for the big Trophy clash and his first cap. 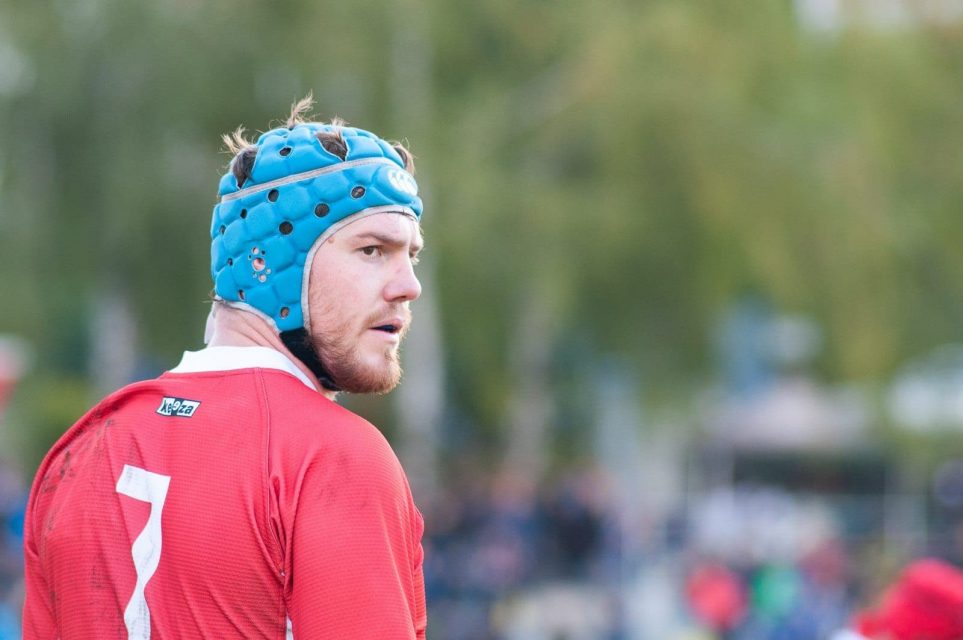 “The match was played at a university campus in Zlin and the pitch was one of the best I have ever played on,” he explained.

“I was picked to play at openside and I didn’t expect to have quite as an emotional reaction on the match day as I did, but the guys were really fired up and my dad had flown to Prague and then driven all the way there to watch me play so that was really special.

“The Polish roots in my family are really important to my dad and as I say I was fired up because the Polish guys certainly know how to get pumped up for a game!

“I know the chorus and the first verse of the national anthem so I thought I was pretty well prepared as we headed out onto the pitch, but I was caught out a bit when the guys started singing the second verse as well!

“When we had played a fully professional Rovigo team during that training camp in August they had run away with the game, but in this international I was very impressed by the standard and we played a good game.

“It was very physical and I thought our defence was very good because we kept knocking the Czech team back and that seemed to shock them a bit.

“We were all pretty chuffed at the end and to be able to go over and see my dad after the full-time whistle was a nice moment for us both.

“I have never had a better post-match meal in my life – the buffet was amazing! – and then we got on the bus and drove back to our base in Sosnowiec in Poland.

“The language barrier was a bit of an issue, but the guys made my debut special for me inviting me up to the back of the bus and sing songs and it was really nice.” 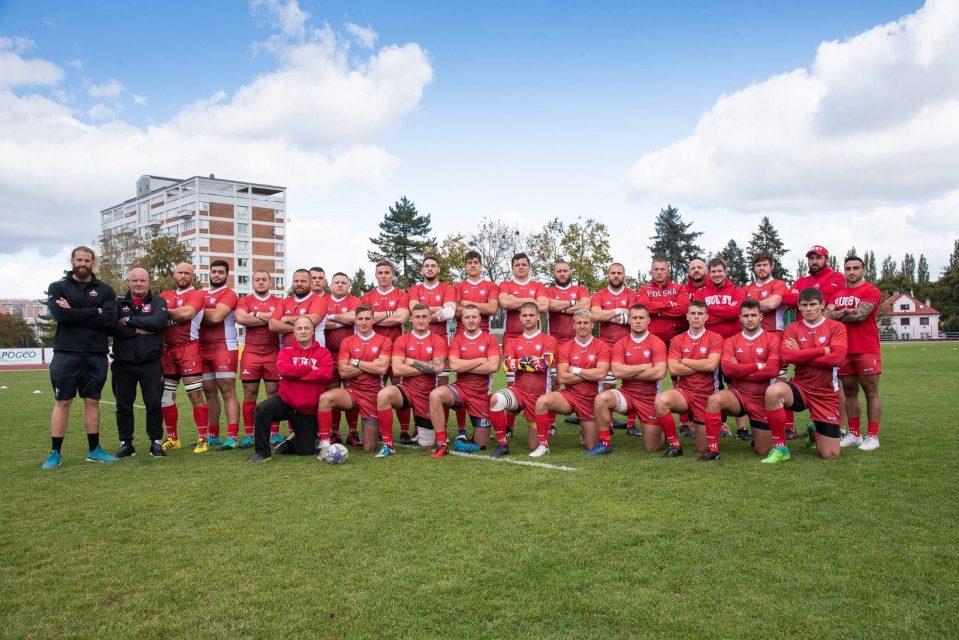 Lawrie is unavailable for Poland’s next Trophy match at home to Lithuania on November 3, but hopes to feature in their other matches at the end of that month including the big one with the Netherlands.

“I really want to have that feeling again, gaining an international cap is something special, and hopefully in the future Ronan may get involved too and that would be even more special for our dad and the others who have helped us get to this stage.

“It has been a busy few months, but I am certainly glad I have begun this journey with Poland and look forward to playing with Accies and them for the rest of this season.”

Thanks to Lawrie himself and Polish Rugby for the photos