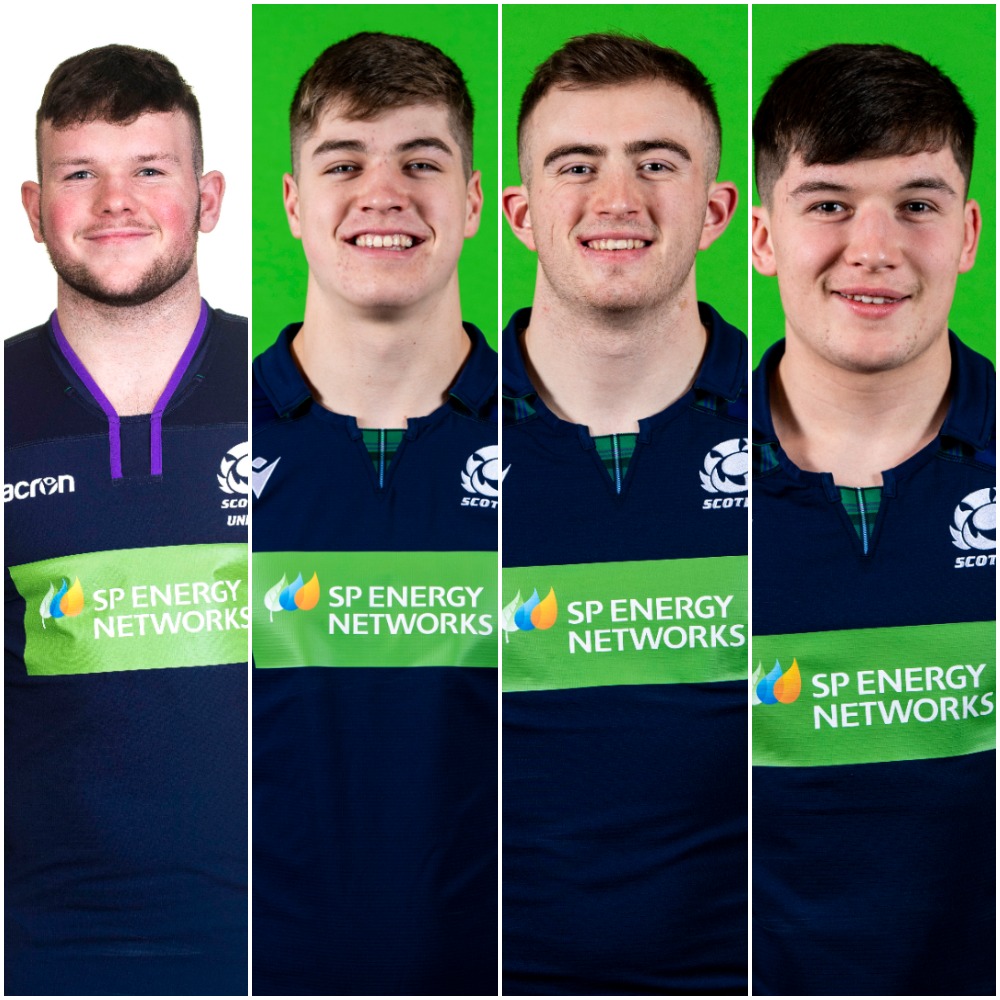 The fact that the fourth try came after the 80 minute hooter shows the potential and desire in this squad who were taking on last year’s Grand Slam winners in their back yard.

“Ireland took advantage of a few of our unforced errors to score at vital times.

“The try just before half-time was a real killer for us as things swung in their favour a little bit. They had big runners and our lads are still learning,

“I’m really proud with the way they stuck in and got our bonus point though and I thought the set piece and drives were effective, so lots to take away.

The visitors started well, but it was Ireland who took the lead in the 10th minute, stand-off Jack Crowley going over for a well-worked converted try.

Scotland were keen to respond quickly and they did just that when scrum-half Roan Frostwick fed hooker Ewan Ashman who went over for a try six minutes later. Stand-off Nathan Chamberlain converted.

In the 24th minute Ireland then used their forward power, tighthead prop Thomas Clarkson awarded the try after the referee checked with the TMO, Crowley converting.

Scotland were then held up over the try lie when second-row Cameron Henderson wet close, but soon after they did bag their second try.

A nice move saw winger Jack Blain go over for a unconverted score.

Ireland scored their third converted try before the break though, Crowley scoring a superb try from his own half to make it 21-12 after 40 minutes.

The hosts the scored two tries through winger Andrew Smith and second-row Thomas Ahern – the first converted – to give them a comfortable 21 point lead with 32 minutes still to go.

Chamberlain did scored a converted try to reduce the gap to 14 points with 20 minutes to go, but then Scotland’s replacement Rufus McLean was yellow carded.

Ireland scored through sub Ciaran Ryan before a converted try by Scotland replacement Cameron Scott earned them at least a point.

Next up for Scotland under-20s are England on Friday, February 7 at 7.30pm at Myreside