Having already completed a degree in applied maths and a masters in operational research in data science it is unlikely that numbers will ever confuse Scotland Women’s rugby player Sarah Law.

So, when the usual number nine was handed the number 10 jersey – and the responsibility that goes with it – for the first Test with South Africa in Cape Town on Monday the 24-year-old took it in her stride.

She delivered a measured performance and got the backline moving like we have not seen in quite some time as the team posted a 47-5 victory over the shell-shocked hosts to get Philip Doyle’s reign as head coach underway in a good manner.

It will become the perfect start for Doyle if the team can back up the triumph in the second Test on Saturday afternoon at the same City Park Ground venue.

Law, who will be earning her 40th cap, has once again been selected at stand-off for the final game of the tour. 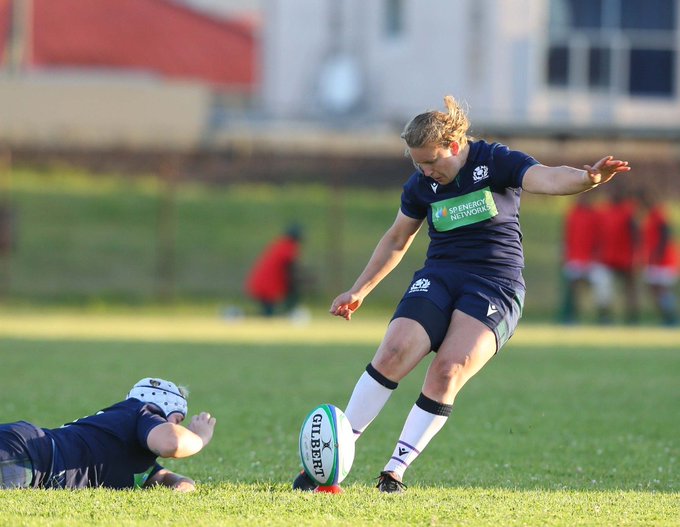 And the way she is playing just now is made even more amazing when you consider that she was out injured for a long spell until a few months ago.

“I picked up an Achilles injury just after the Six Nations in 2018 and that kept me out of action for 11 months,” she explained.

“It was a bit of an ongoing issue and then in that Six Nations it just gradually got worse and at the end of the tournament the medics decided it was time to do something about it.

“It was a frustrating year for me, watching the Scotland girls moving forward and not being involved was tricky, but it made me focus on getting back to play some part in the Six Nations and thankfully I managed to do that.

“It was a slow process to get the injury right with a couple of complication along the way, but getting the games against Italy and Ireland [off the bench] at the end of this year’s Six Nations made it all worthwhile.

“I was really well looked after by the [FOSROC Scottish Rugby] Academy physios while the Scotland team physio Jamie Coffey was the main person involved in the rehab and was great with me.

“There were some tough times, but I always knew where we were going and had the determination to get back to where I had been before.

“The mental side of things was also tough at times and the physios were huge in that respect, I can’t thank them enough.” 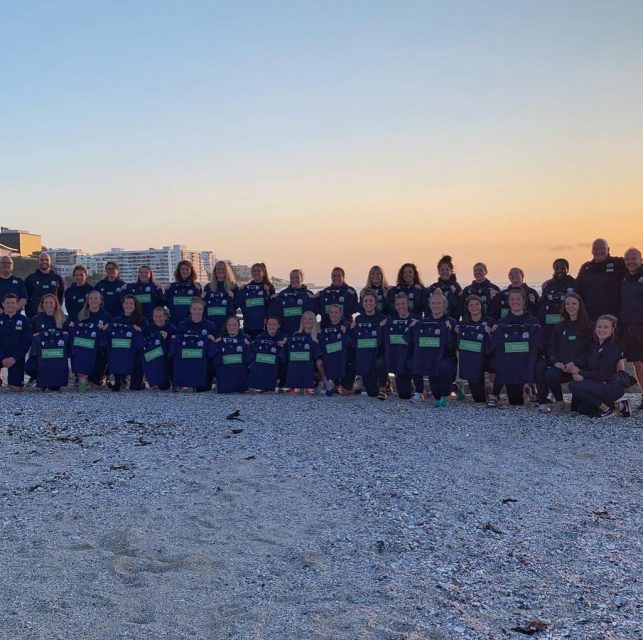 The two appearances at the end of the Six Nations gave Law – who has come through the ranks At Penicuik, Murrayfield Wanderers and Edinburgh University – something to build on and then she finished her masters in the capital in August.

Over the summer the chance had also come to move to Darlington Mowden Park Sharks in the top English league the Tyrrells Premier 15s.

It was an opportunity that Law jumped at and she will certainly not be short of familiar faces there with Scotland teams mate Lisa Thomson, Lisa Cockburn, Lana Skeldon, Rachel McLachlan, Abi Evans and Liz Musgrove also there.

“Having completed my studies the time felt right to head down south and try and test myself week in and week out to keep my game moving forward,” Law, who works at Edinburgh University as a data analyst, explained.

“It is great to have so many other Scottish players there while the squad in general is really strong and I think we can go on and have a good season.

“First up though is South Africa and we are all focused.

“Working under Philip and the other coaches has been great over the last few months and I think we are all buying into what we are trying to do.

“He has great experience in the women’s game an we are all determined to give it everything that we have got to make sure that we make it to the World Cup in 2021.”

Squad for the second Test 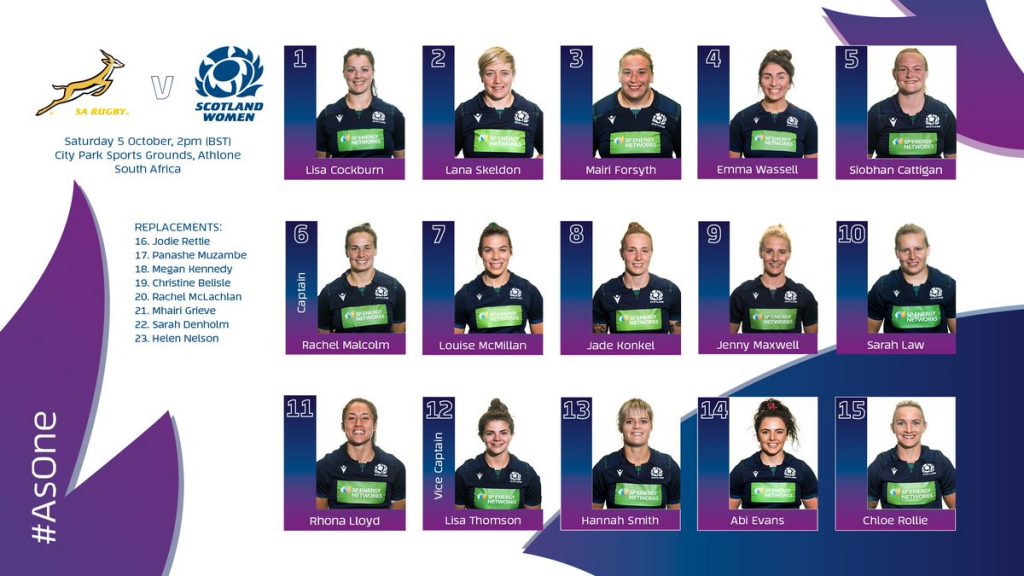 Scotland Women are playing two Tests in Cape Town against South Africa. The second test is on Saturday, October 5 at 2pm (BST).

The match will be streamed live with the link being shared on Scottish Rugby’s social media channels.