Gala winger Ross Cooke has had a 2019 to remember, earning his first batch of full caps for Poland and doing so in the memory of his maternal grandfather.

The 26-year-old has been a solid performer for the Maroons in Tennent’s National League Division One this term and also played well for them throughout 2018/19, helping him force his way into the Polish set-up.

So, how does the player plying his trade in the Scottish Borders have links to Poland?

“My mum’s dad came across from Poland to the UK during the second World War and ended up in Cleethorpes,” Ross explained.

“He began working on farms in Lincolnshire and met my grandma and things went from there.

“I was lucky to get to know my grandad and his story and he was a great man. He sadly passed away last year aged 96, but I know he would be very proud of me representing Poland and I think of him every time I am on international duty.” 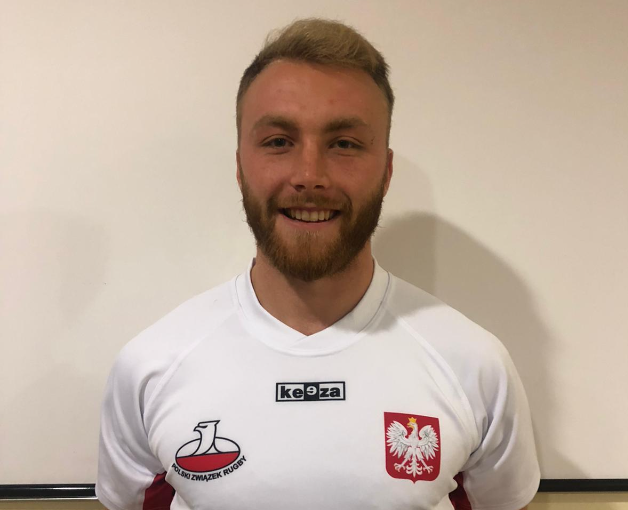 Ross’ first contact with the Polish rugby system came when he had just turned 18 and he headed out there to have a trial with the under-20s national side.

During that time they played against a Polish Premiership select – “ my grandad was so proud when I came back with a Polish shirt” – and then in January of this year Ross got in touch with the full national team coaching staff.

“It all went pretty quickly from there and by March I was making my full debut against Switzerland at home,” he explained.

“I started that game on the wing, we were a bit frustrated to lose in the end, we let it slip in the last half an hour, but my parents managed to make it out to watch me and it was a great experience.

“Before that game we spent a few days training at the Olympic Sports Centre in Spala and the facilities there are amazing. The whole week was great and all the players really welcoming so when I came away from it I was determined to work hard and get more caps under my belt.” 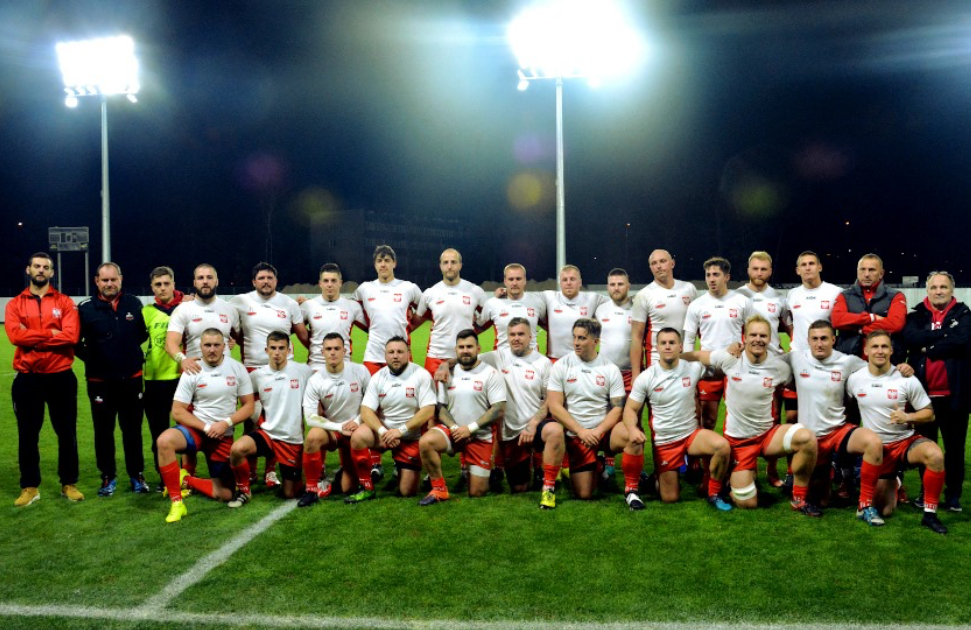 A second cap for Ross came last month at home to Germany in a 35-15 defeat in a game which also featured Hawick duo Craig Greer-Bachurzewski and Adam Piotrowski.

And on his third cap at the end of November came an away win, 23-20, against Switzerland to leave him and his Polish team mates in a good place heading into 2020.

And with a lot of talented players in eastern Europe it would be great to see more of them plying their trade in Scotland going forward.

From Lincoln to Gala: Ross’ route

Ross started his rugby journey at the age of five at local club Lincoln RFC and played there right through the different age-grades until he managed to play a season in the senior first XV in his late teens.

At that stage Ross was a scrum-half and then he moved away to university in Gloucester.

Whilst there he made his way from the second XV into the first XV and was lucky enough to play in four Varsity matches against Worcester.

“I loved my time playing at university and during that time I moved back in the backline and played stand-off, full-back and centre,” he said.

“It was a good standard of rugby and we were a close-knit squad so that helped build strong friendships whilst studying sports science.

“Whilst at uni I also played for clubs like Old Richians, Nuneaton and Old Patesians and I think being exposed to those different environments and levels helped me improve as a player.

“I then broke my leg in my last ever match for the university and, after a recovery period, joined Maidstone in Kent. Whilst I was at Maidstone I got an offer to join Kelso to assist their development officer, so I moved up to the Borders ahead of the 2017/18 season.” 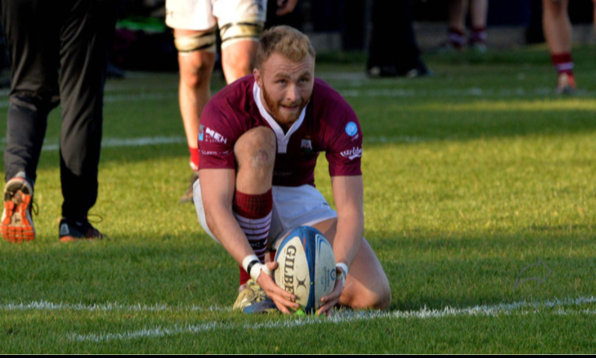 Whilst working for Kelso, Ross was also playing for the Poydner Park outfit and then in the summer of 2018 he moved onto Gala to be a development officer at Netherdale and he has worked and played there ever since.

“I am really enjoying it,” Ross, who now plays regularly on the wing, said.

“It is great this year having an assistant in the shape of Ruairi Howarth because we can get into the senior schools and the primary schools in the local area and really try and get as many boys and girls involved in rugby as possible.

“I also enjoy playing for Gala, the core of the squad is local boys who want to do well for the area and they really put the hard yards in. We have pride in playing for Gala and the team spirit is great.

“It is also really good to work with guys like Opeta Palepoi, Rob Moffat and Marcus Di Rollo on the coaching side of things because you can learn a lot from them.”