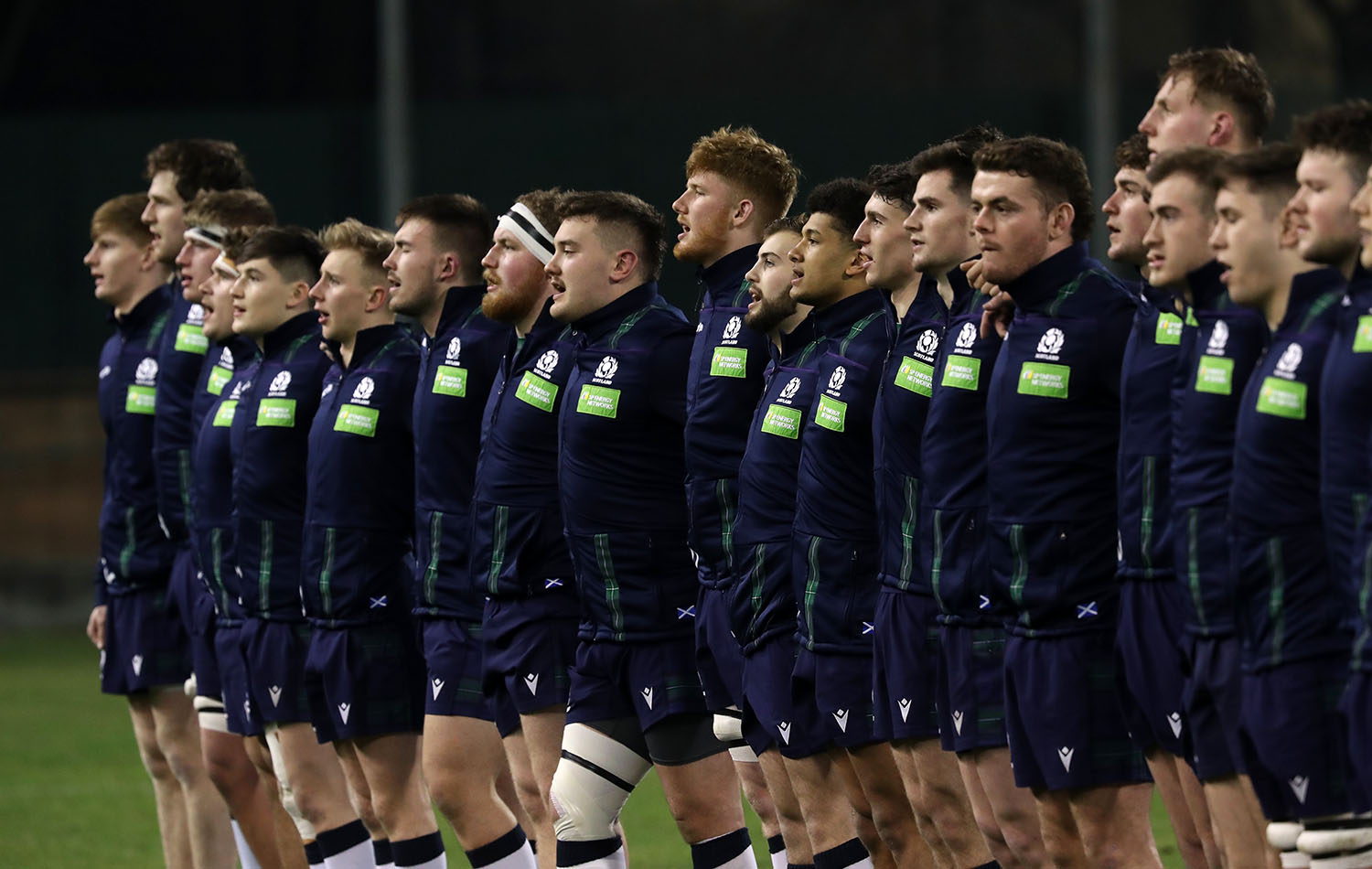 Scotland under-20 head coach Sean Lineen has made one change to the starting XV to face France at Netherdale on Friday night as they look to build on the Six Nations round three win in Italy.

Rory Darge’s squad showed, in spells, against Ireland and England what they are capable of, but ultimately those round one and two games ended in defeat.

As a result, the group showed great battling qualities to win 30-29 in Italy nearly a fortnight ago – Kyle McGhie, Rufus McLean, Robbie McCallum and Connor Boyle scoring tries away from home.

After that one perhaps it is no surprise that the same 23 that was in action in the Stadio Mirabello will take on France in the Borders, just Watsonians Roan Frostwick and Boroughmuir Bears McGhie swapping places to nine and 21 respectively.

The visitors go into the game on the back of narrow losses against Wales and England, with their only victory being against Italy in the second round of the competition.

“France pose a huge physical challenge for us and will be looking to bounce back from their defeat against Wales,” Lineen said.

“Both teams are looking to get their second win of the tournament so it’s sure to be a massive test.

“We’re looking forward to playing at home again and will be looking for the crowd to get behind the boys.”

If you cannot make it along to Netherdale, you can watch the match live on Scottish Rugby TV via scottishrugby.org 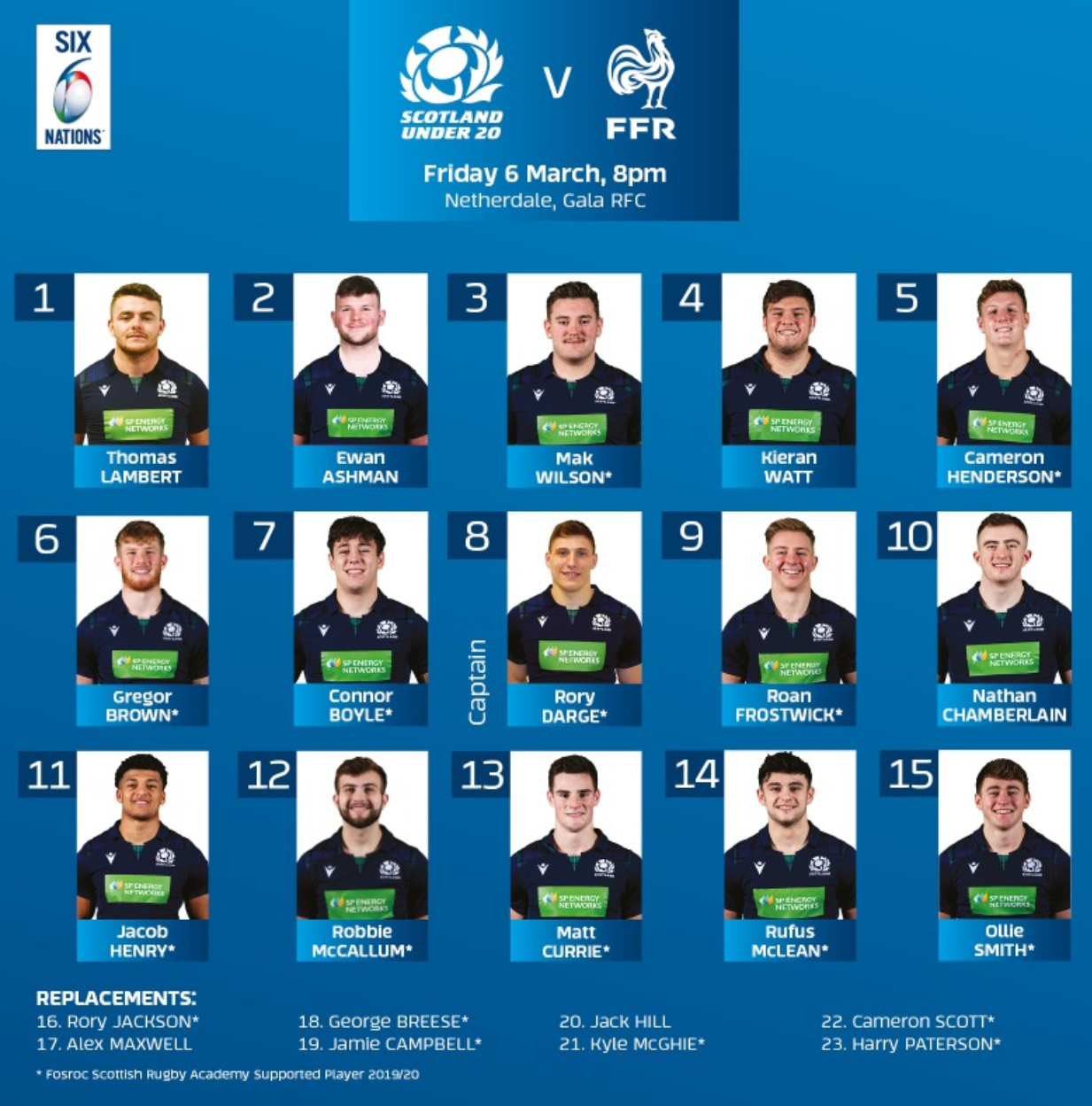 Scotland under-20 team to face France on Friday at Netherdale in Gala (8pm, live on Scottish Rugby TV):

Thanks to Scottish FOTOSPORT for the main photo