Scotland under-20s go into their final Six Nations match in Colwyn Bay on Friday evening looking to end the tournament on a high and record a second win out of five.

They know it will be tough against a Welsh outfit that defeated England as recently as last weekend, but captain Rory Darge and his men are up for the challenge.

The young Scots may have won just one of their first four games in the showpiece event, but they have scored a number of impressive tries in attack and, as well as beating Italy, have pushed Ireland, England and France hard.

And head coach Sean Lineen has been impressed by the leadership group.

“He is a mature young man who has led by example and he has had some good lieutenants, Connor Boyle has flourished as well – they are both special players – and have been backed up by guys like Cameron Henderson, Ewan Ashman and Thomas Lambert.

“It is a pretty complete group and they are very determined to get a result this weekend. 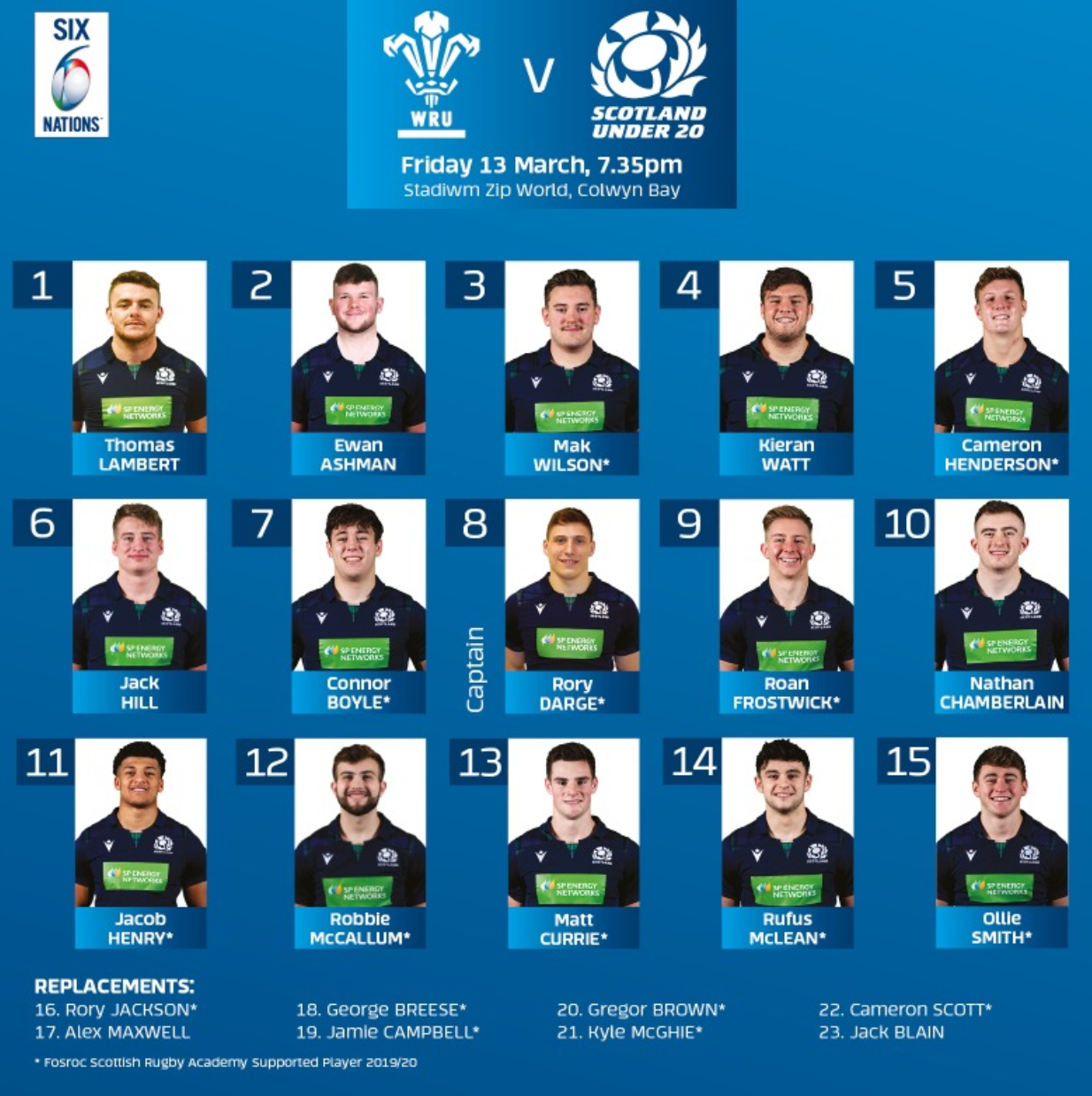 “Overall, the players are disappointed perhaps that they haven’t won one other game, but in terms of the performances I have been really happy.

“We are consistently competing and competitive which is something we haven’t been across all the games previously.

“A major plus for us has been making sure the players give a good account of themselves in every game and they are training well, have gelled well and want to have a real crack at Wales to take into the World Trophy later in the year.

“We have had a good look at Wales, but it is all about us. We need to play in the right areas of the field and we want to end on a high, we have had four games where we have been competitive and we must keep that going.

“As a coaching group we are trying to educate the players that as you move up the performance ladder it is all about winning. Winning individual battles and staying focused for 80 minutes is key.”

Scotland under-20 team to face Wales on Friday at Stadiwm Zip World in Colwyn Bay (7.35pm, live on S4C and BBC iPlayer):

Thanks to David Gibson/FOTOSPORT for the main photo