The 23-year-old scrum-half has been training with the Edinburgh Rugby wider squad in recent months and, thanks to impressing Head Coach Richard Cockerill with his work ethic, was named on the bench for the European Rugby Challenge Cup Pool 3 opener away to Agen on November 15.

Edinburgh won 31-10 in the Stade Armandie to get their European campaign off to a flying start with Nutton coming on for the last 15 minutes to replace Charlie Shiel.

For a team including fellow former FP James Johnstone at centre, Nutton helped set-up the final try for hooker Cammy Fenton and after the experience he said:  “I found out about a week before that I might be involved against Agen and it was quite a surprise to me.

“There were a lot of nerves leading up to the game, but I was honoured to get the chance and hopefully I did well for the team and will get another chance to show what I can do in the coming months.

“It was a brilliant experience being on for the last 15 minutes or so and helping the team to score the last try which earned us a bonus point.”

Growing up Nutton played mini rugby at Edinburgh Accies then moved to study at Merchiston and spent 10 years at the school.

“I loved it all the way through at Merchiston, everyone was so friendly and in term of rugby there were some brilliant people to learn from,” he stated.

“I was captain of the rugby teams I was in all the way through and when we got to Murrayfield as an under-16s team and then won the trophy [defeating Strathallan School 10-5 in 2012/13] it was an amazing feeling.

“From then on I loved rugby and it was what I thought about most of the time and thankfully we had great coaches at Merchiston who helped us through the different age-grades.

“Despite the loss I was very proud to be captain of that side and it had some great players in it like Stafford McDowall [now with Glasgow Warriors] and Zach Mercer [now with Bath].

“I was in the wider Scotland under-20 set-up in my final year at school, but never earned a cap at that level and then after leaving school I perhaps took a slightly different route to reach the professional game.”

In 2015/16, Nutton spent a year in Sydney, Australia, working at Cranbrook School and playing rugby.

“I was helping coach rugby to youngsters at the school while I played for Eastern Suburbs and it was a great experience for me,” he explained.

“I learnt a different style of rugby and playing with and against new team mates and opponents helped me.

“I then went came back and when I came back to the UK I went to Newcastle University to study Countryside Management.

“The standard of rugby was good at university too and I went on to captain the first XV there and was also involved a bit with the Newcastle Falcons Academy set-up.

“I graduated after three years there in the summer and moved back to Edinburgh to play for the Heriot’s Super6 team, but I have also managed to get myself noticed by Richard Cockerill, so I will just keep working hard and see where 2019/20 takes me.” 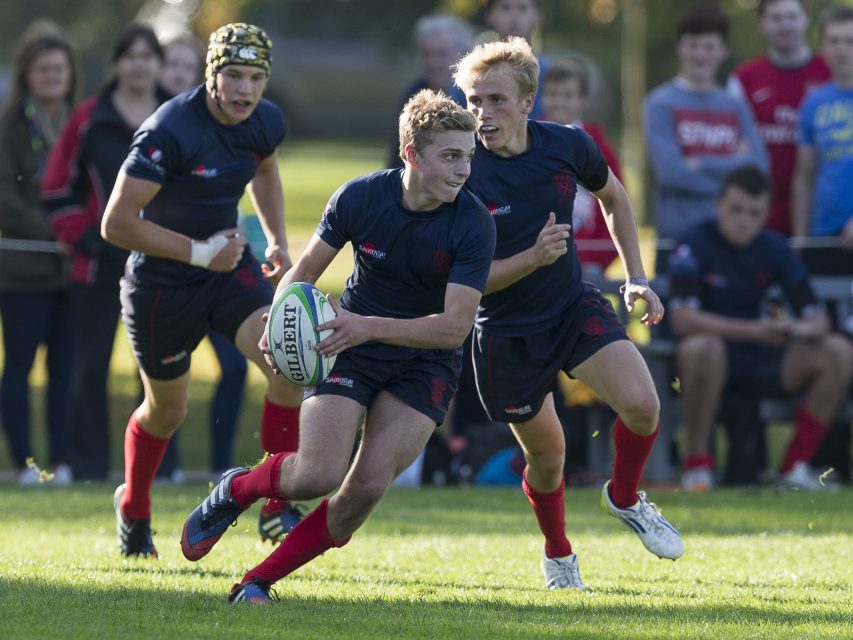 “He has a great attitude”

Merchiston’s Head of Rugby Roddy Deans has been delighted to watch Nutton’s progress and said:  “Dan had a great attitude when he played rugby at the school and he captained the under-16s and 18s.

“He has always been a great leader, he is a good communicator and he was always mature above his years.

“At school he was one of the best kicking nines I had seen, a real nuggety nine and his skill set is superb, but what sets him apart from others is perhaps his work rate.

“He always used to put in extra training and every summer since he left school he has been back helping with our summer camps and he has a great way of communicating to the youngsters and he is on the road to becoming a good coach too.

“It is great seeing him make the breakthrough with Edinburgh, he deserves it for all his hard work.”