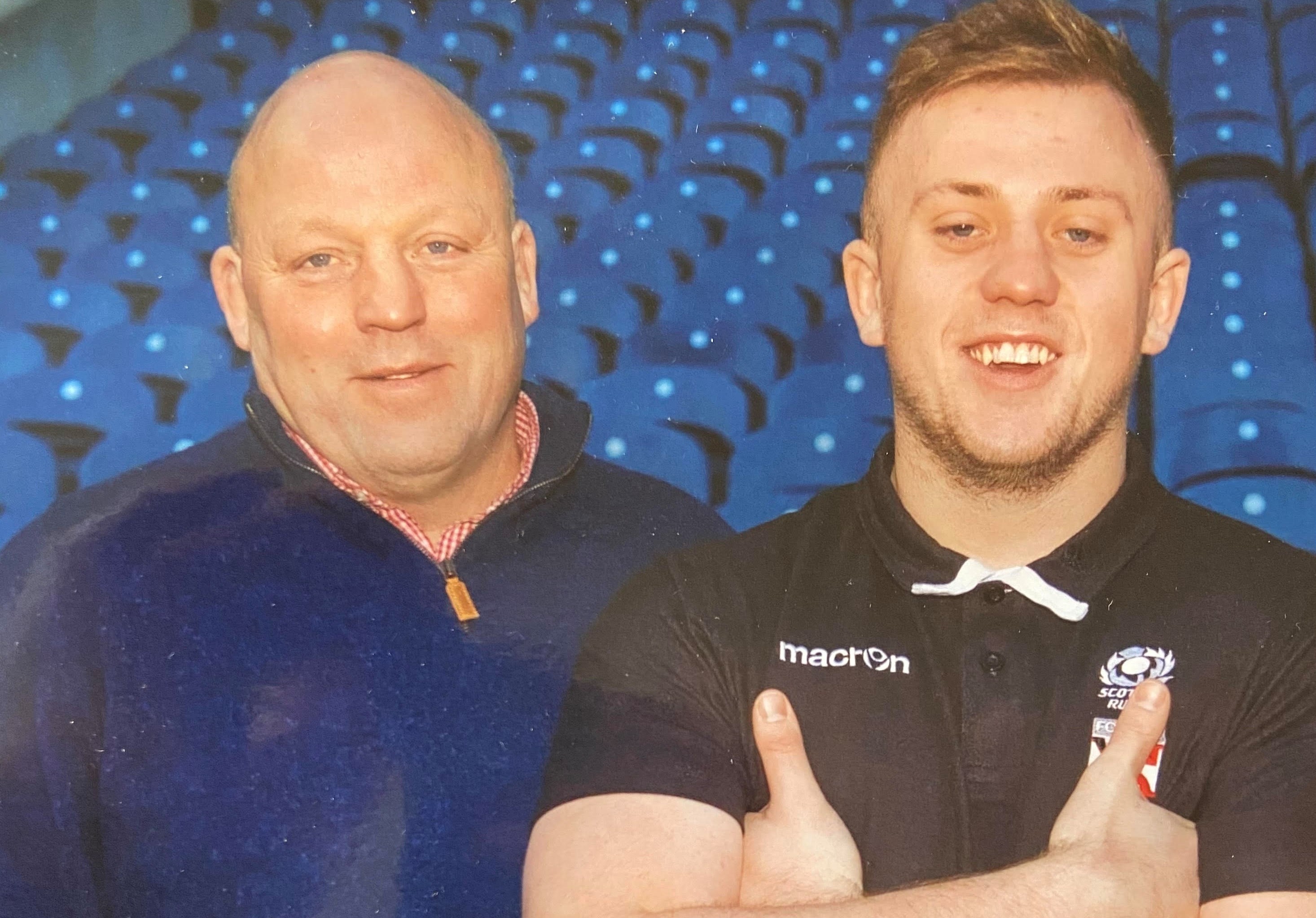 Up-and-coming rugby talent Thomas Jeffrey has had his fair share of tough times of late, but he is focused on getting back to full fitness and staying positive in memory of his late father Allan.

Having grown up playing for Peebles – and earning Scotland under-16, 17 and 18 caps whilst there – the front-row man moved to local rivals Jed-Forest in the summer of 2018.

As a member of the FOSROC Scottish Rugby Academy and working under experienced forwards coaches at Jed, including ex-Scotland prop Gavin Kerr, things could not have been going better for him.

However, an ankle injury sustained near the beginning of the 2018/19 season began a rough 18 months for him to date.

“In early 2019, I was heading off to South Africa with [fellow Scotland age-grade caps] Jacob Henry and Kristian Kay on the John Macphail Rugby Scholarship.

“We were going there to spend five months immersed in South Africa’s renowned rugby culture at the high-performance training facility at Stellenbosch University and my aim was to be fit by the February when I was out there.

“The final bits of my rehab out there were good and the ankle was strong, but then I had some heart palpitations and it was a scary time.

“Just at the time when I was due to get back on the rugby field I couldn’t and I was stuck in my room for a few weeks while the medics over there tried to work out exactly what was wrong.

“When you are cooped up inside and it is your heart causing issues you start to switch off from rugby and really worry about your general health.”

Eventually Thomas was cleared to train in South Africa, but in one of the first sessions back he injured his anterior cruciate ligament (ACL) and it was to be the start of issues with his left knee. 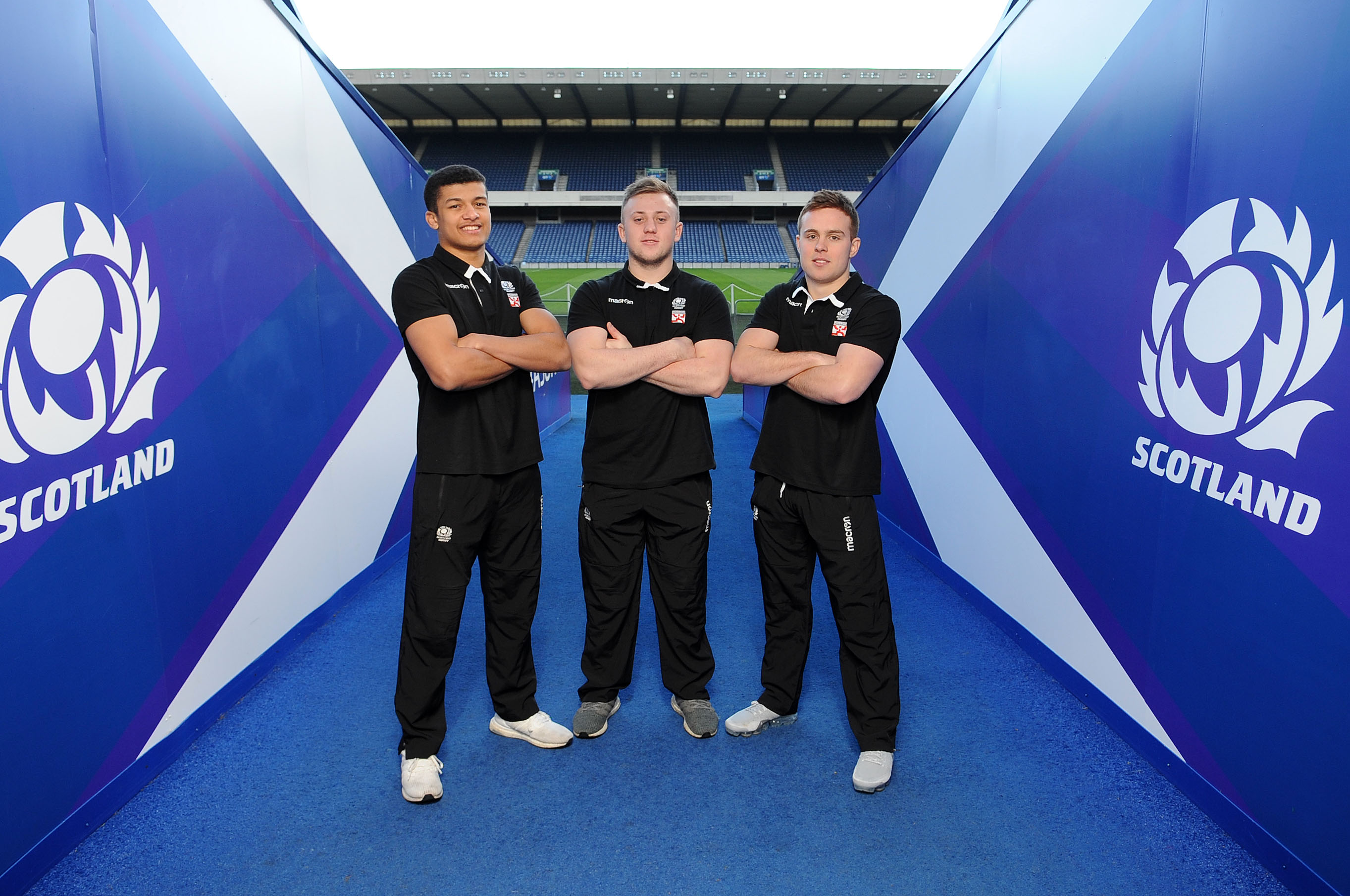 “That was a massive blow,” he recounts.

“There was always someone from Scottish Rugby on the other end of the phone if I was down and so far from home.

“I struck up a good relationship with [Scottish Rugby’s player liaison officer] Stuart Dow while my Academy coaches and family tried to help me as much as they could.

“The injury happened in April 2019 and I came home a month earlier [than Jacob and Kristian] because I had a lot of rehab to come and I felt more comfortable being at home.”

Once back in Scotland it was decided that an operation was not the best course of action at the time, so Thomas began working hard at the Borders Academy based at the Borders College in Galashiels.

All of the coaches and medical staff were a great help to Thomas, but he built up a special bond with physio Ryan Crockatt and the hard yards they put in together meant that he was back playing for Jed-Forest in the Tennent’s Premiership by the end of October.

“I played seven or eight games for Jed and that allowed me to push my name forward for potential Scotland under-20 selection,” he explained.

“Thankfully I did enough in those games to make it into the wider training squad that was building up to the Six Nations before injury struck again.

“During the first training session under coaches Sean Lineen and Shade Munro with that squad on January 3 this year at Peffermill my knee went again – and having done the ACL previously I knew right away that it was serious.

“It was very unfortunate, it just twisted the wrong way and it was heartbreaking, I knew then that my Six Nations dream was over.” 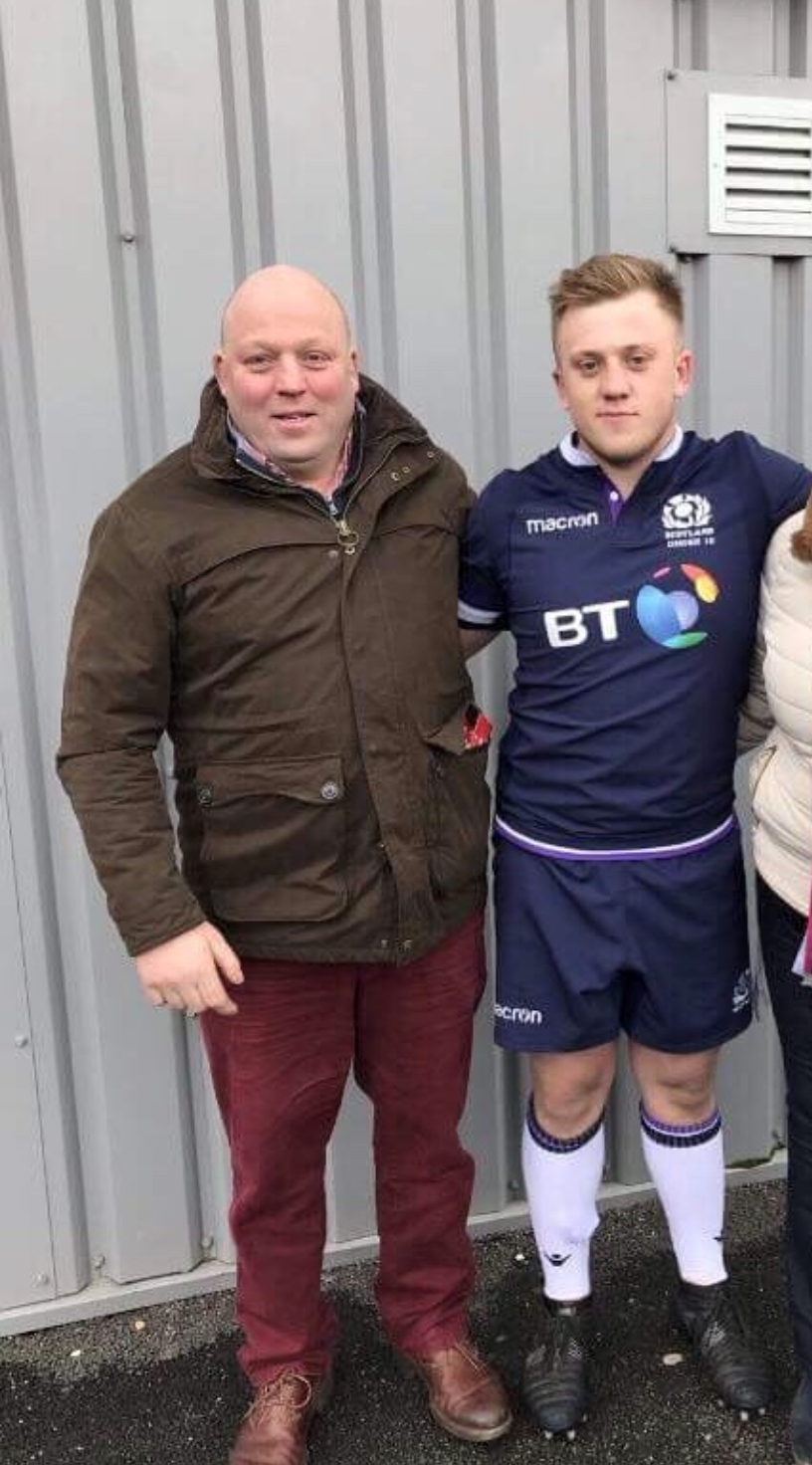 Thomas had the injury operated on in late February and is now on the long road to recovery – it could be February next year before we see him on the rugby pitch – but while all of this was going on he was also dealing with something a whole lot bigger away from rugby.

Last August his father Allan, who had never missed watching a rugby game that Thomas had ever played in, was diagnosed with cancer.

“Anyone who knew my dad knows that he was a big, strong guy, but deep down he was a big softy, a gentleman and would do anything to help anyone,” Thomas said.

“It was so hard to see him deteriorate in his last few months – as anyone who knew him knows that his pain threshold was unimaginable – and January 22 this year was the hardest conversation I have ever had to have.

“He told me in the hospital that there was basically nothing more the doctors could do and he passed away two days later.

“I admired my father a lot. He started with nothing when he moved from Kelso to Peebles a number of years ago and he built up a blacksmith business through hard work and sheer determination which lasted over 30 years.

“He had a tough life, but he did everything he could to make sure that my mum, me and my sisters can have as good a future as possible and now it is up to me to help look after the rest of the family as things move forward.” 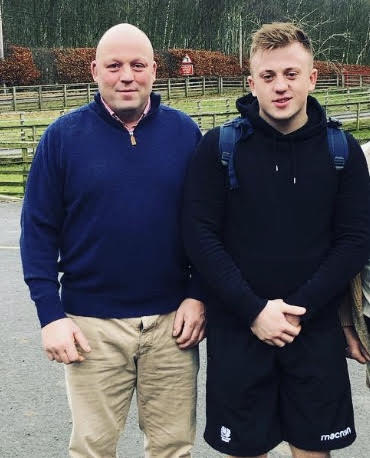 Allan, a prop, was a talented rugby player in his own right, playing alongside the likes of Alan Tait and John Jeffrey at Kelso back in the day and, at one point, played three full seasons for the first XV there without missing a minute of any game.

“He was never the biggest or the most talented, but like in his working life he put in the hard yards on the rugby pitch and he used to cycle from Hownam to Kelso for training,” Thomas said.

“In the last few years he was my biggest supporter – he was at every game I ever played in my careers. Even in October when he was ill he was there to watch me in my comeback game against Boroughmuir in the Scottish Cup at Myreside.

“I loved chatting to him after matches and getting his opinion on how I had done – he could give me constructive feedback because he only wanted me to do the best I could and now the rest of my rugby career will be dedicated to him and that will give me strength to beat this current injury.”

What would Thomas say to other young people who are trying to deal with the loss of a loved one?

“You have to surround yourself with good people and know who you can talk to when things get tough,” he explained.

“It can sometimes be tough talking to other family members because they are grieving too so my physio, Ryan Crockatt, has been an excellent sounding board for me.

“Just like with my injuries, he can understand what I am going through and is always there if I need to talk. He is good at his job, but more than that he cares.

“He is really down to earth, as is the Academy manager in the Borders Chris Dewsnap and they encourage you to talk if things are bothering you which perhaps there isn’t enough of in rugby generally.

“You also have to have folk who you can switch off with and my flat mates from the Academy – Jacob Henry, Mak Wilson, Nathan Sweeney and Archie Bogle – have been really good for that, we have a laugh and it takes my mind off things.”