Ten years ago Stuart Hogg was breaking through with Hawick YM and Hawick on the Kings of the Sevens circuit – now he is about to play his final match for Glasgow Warriors after great service at Scotstoun.

When he runs out with his team mates for the Guinness PRO14 final at Celtic Park against Leinster on Saturday (6.30pm) it will be the end of an era for the 26-year-old star as he gets ready to move to the Exeter Chiefs.

A remarkable 67 Scotland caps have been earned by the Hawick star already, he has been on two British & Irish Lions tours and was part of the Warriors historic PRO12 title triumph in 2014/15.

He marked his breakthrough season in 2011/12 by scoring a stunning hat-trick of tries away to reigning PRO12 champions Munster and another score in the semi-final against Leinster.

Hogg has since gone on to play a key role in many of the club’s most memorable occasions – and he will be hoping for another this weekend.

Here are some memories and thoughts from another Scotland legend Chris Paterson on Hogg. 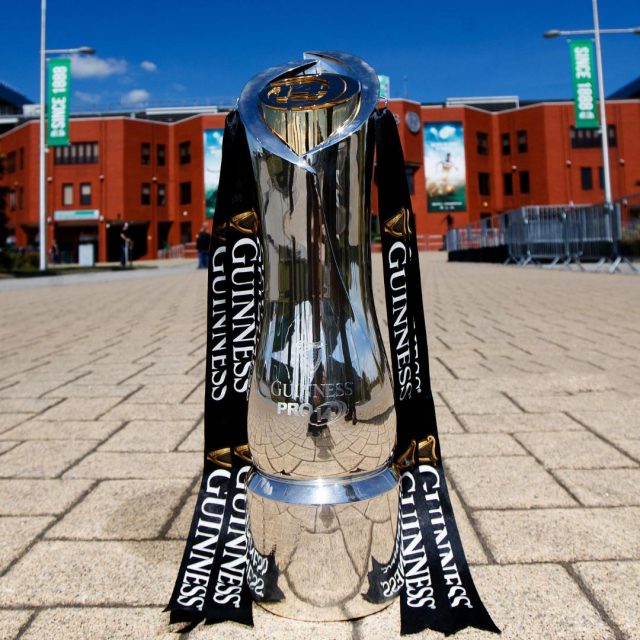 “I first was aware of Stuart Hogg when he was around 16 or 17 years of age and he was on the rugby course run by Richie Gray at the Borders College,” says Paterson.

“We were playing a game of touch on my visit there and this nippy little youngster with a bit to say for himself shot by me and showed incredible footwork.

“At first it was quite funny, but when he kept doing it I thought ‘this guy is some player’. We then had a kicking competition and boy could this young guy kick the ball far.

“I said to Richie straight away ‘who is this young kid?’ and Richie smiled and said ‘we have high hopes for him, he has some talent’.”

Paterson and, indeed, the whole rugby world didn’t have to wait long for Gray’s prediction to come true, as Hogg made his mark on debut with the A side.

“I just remember he scored an amazing try on his Scotland A debut in a win over the England Saxons at Netherdale,” recalls Paterson.

“He picked up the ball some 60 metres out in that one and seemed to go past the whole England team for his try and the place went crazy.

“Through my work with Scottish Rugby I have been lucky enough to work with him at various times over the last few years and what strikes me most about him is his willingness to keep on learning.

“Some young players who climb the levels quickly can rest on their laurels and perhaps stop working as hard, but I have never seen that with Stuart.

“He is always working hard and trying to get the edge on opponents while he is not scared to ask questions to the coaches around him to help him improve.

“On game day can see how focused he is come the kick-off, a real winner.”