Scotland under-20 head coach Sean Lineen has backed the newer members in his squad to embrace the challenge of facing England in the age-grade Six Nations on Friday night in Edinburgh.

England won in France in week one while the Scots lost in Ireland, but two years ago a famous home victory was recorded in the same fixture at the same Myreside ground.

For this one Heriot’s Rugby winger Harry Paterson comes in on the wing for his debut at this level while Tennent’s National League Division One players George Breese and Jamie Campbell will continue their education from the bench after doing well last week.

Glasgow Hawks’ back three man Max Preistly could debut from the bench and Lineen is pleased with how all four are progressing.

“Harry was injured at the start of the season trying too hard and being enthusiastic when doing box jumps, he hurt his hip. He is just back and played a game for Heriot’s Super6 team and did pretty well,” the head coach said.

“He is a young lad, under-19, but he has talent. It is about harnessing his energy in the right way and it is exciting. He can cause his opposite man problems, but he has to be on his toes too in defence.

“George and Jamie have both been part of the [FOSROC Scottish Rugby] Academy so conditioning wise they’ve already had that introduction into what is required.

“They’ve both got a bit to go, but they are only under-19 and they’ve both had a pretty sharp introduction, so it is really encouraging to see what they are offering attitude wise.

“George didn’t let us down at scrum time when he came on last week while Jamie is a straight up and down type of player from Biggar. They are a work in progress, but what they’ve got is a great attitude and a lot of heart, and that goes a long way at this level.

“Max is a good player, a good runner, quite mature and has had to work really hard to get where he is and you want to reward that.” 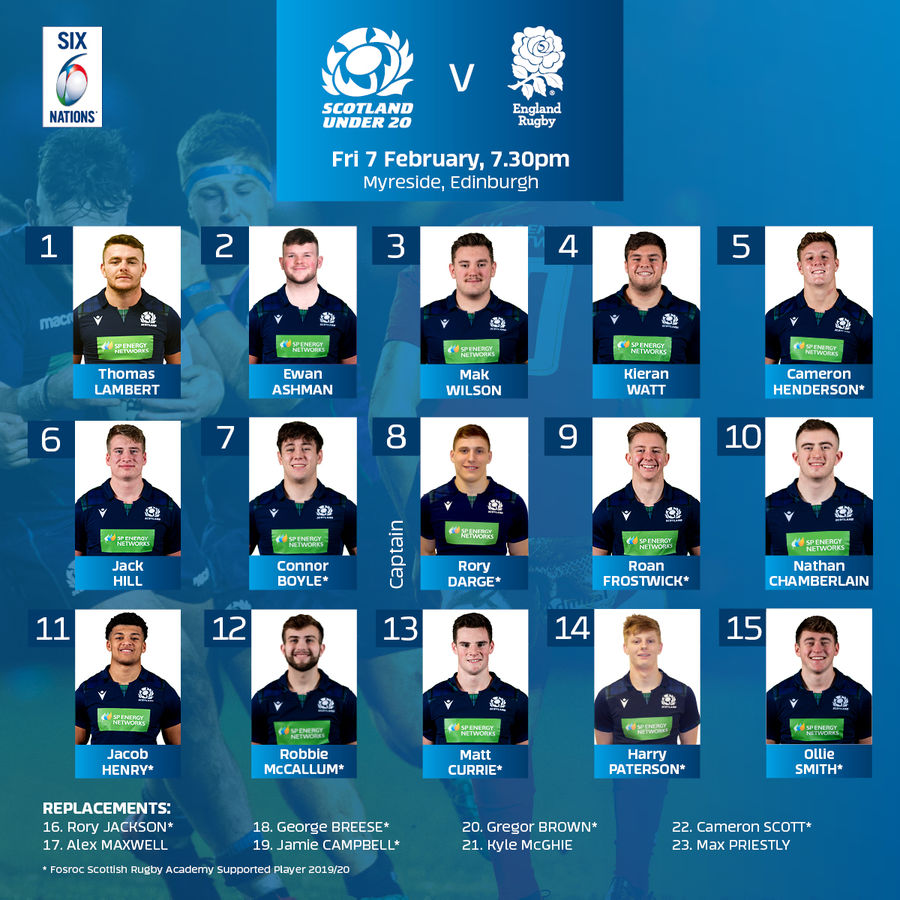 And Lineen knows his squad are excited for this one.

“The boys will automatically be up for it because its England. I think there is a massive respect for what they are – a very good team – so we know the task, but it is about the collective and making sure that they are tight and stay tight, because they are up against individuals who can cut up anyone if they are given half a chance,” he said.

“We’ve got a couple of things up our sleeve that we’ll look at doing, but there is no getting away from it we want to make it as tough as possible for England. We can’t stand off them because they’ll run over us.

“Their game is based on power, they have got very skilful players who make good decisions because they are experienced in high pressure environments, but I’d like to think we’ll be ready, and we’ll have a good crowd there as the 16th man.”

Scotland under-20 team to face England on Friday at Myreside, Edinburgh (kick-off 7.30pm):