Merchiston Castle rugby players Jamie Dobie, Matthew Currie and Dan Gamble have been looking back on a great year – and ahead to an exciting future.

The trio are all in their final year at the school and, with the national under-18 age-grade team, want to build on a great campaign last year when matches come around in April.

In the future, they also want to follow former pupils Rufus McLean and Matt Davidson into the under-20 team.

At a school level, they have been great leaders for the under-18 team over the last couple of years and were delighted to help the side win the Scottish Schools’ Scottish Cup final at BT Murrayfield before Christmas.

Scrum-half, Dobie, said:  “We knew that we had a good school team this year, but that means nothing if you don’t go out and perform on the pitch.

“Ahead of the Scottish Cup run we were clear in what we wanted to achieve, and as a squad, we delivered under pressure.

“St Aloysius’ College were tough opponents, but we wanted the win, and I was pleased with the composure we showed when some might have been nervous playing on the big pitch at BT Murrayfield.”

Dobie captained the team in that match and was named Player of the Match, but as centre, Currie, explained, Director of Rugby, Roddy Deans, is keen on having more than one leader out there on the pitch.

“Rugby nowadays is about having a group of leaders out there on the pitch and in the final we tried to support Jamie as much as we could,” Currie said.

“The great thing about rugby at Merchiston as you go through the various age-grades is that all of the coaches and the teams have the same values and cultures.

“As a result, it makes it easier when you go up a year or head into the 1XV to know what is expected of you.

“The culture also encourages a lot of talking, and it means that we communicate well on the pitch as well as in between matches, so we know what to focus on at training.” 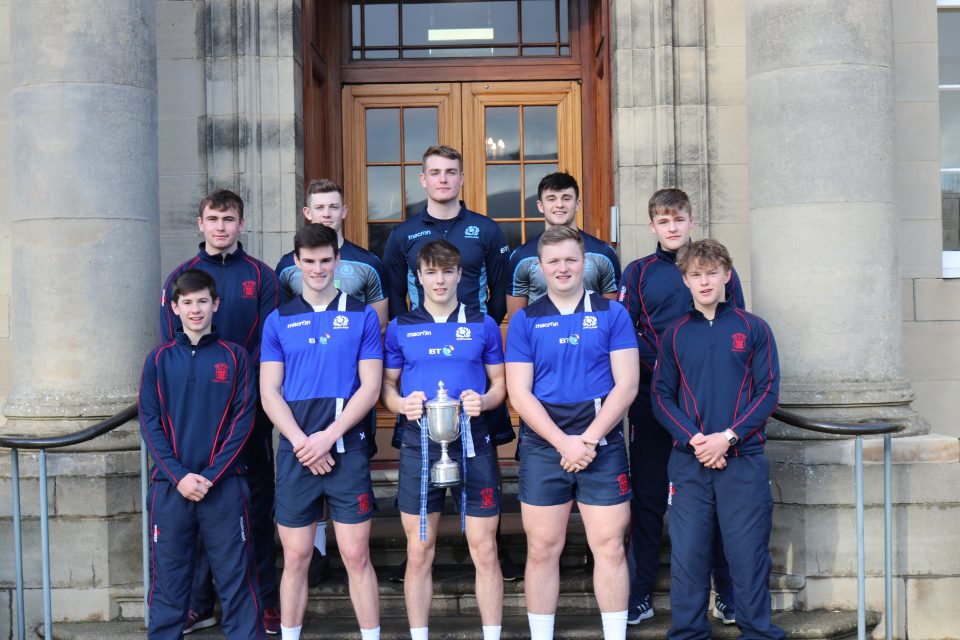 Prop, Gamble, believes the tour to South Africa with the school greatly helped the 1XV going into this season.

“That was an amazing tour, and we played some tough opponents and saw some wonderful places,” he stated.

“There was a really big group of us that went on tour, and I think spending that much time together travelling really helped us to create a good bond as a group.

“It also meant that we were raring to go for pre-season after the summer while the 1XV squad is not seen as special, we all train together, so if guys are training and performing well they get selected. It keeps our standards high.”

As well as exams coming up, the three final year pupils are also getting ready for the under-18s Six Nations Festival in England in April.

The festival which is participated in by Scotland, England, Ireland, Wales, France and Italy sees each nation play three fixtures over ten days.

The teams will be hosted by Hartpury University and Hartpury College with fixtures across three venues.

Dobie, Currie and Gamble all played for the under-18s last year when Scotland secured some great results, and they are hopeful of being involved this time around under new Head Coach, Ross Miller.

“Playing for the under-18s is a step up because the opposition is always tough, but we feel that the experiences we have had in rugby at Merchiston stand us in good stead for that kind of test,” Gamble explained.

“The coaches at the school push us hard while also helping us to continue with our education, and there has been a good balance.”

Merchiston has a strong tradition in rugby and can boast three British & Irish Lions in Sir Louis Greig, Roger Baird and John Jeffrey.

The teachers and coaches at the school understand that rugby may not appeal to all boys, however, in the early years, each boy has an opportunity to play in a team that suits his level and represent Merchiston.

Director of Rugby Roddy Deans said:  “All three boys are outstanding roles models for all our younger pupils.  They live and breathe our ‘Solid Castle’ values – selfless, organised, leadership, integrity dedicated, coachable, attitude, sportsmanship, trust, legacy and enjoyment – and set the standards for others to follow.

“They are all very selfless, humble and committed young men. Our rugby philosophy and culture simply caters for all. The beauty of rugby is that it brings together 15 different positions which means that all players contribute to the team performance. 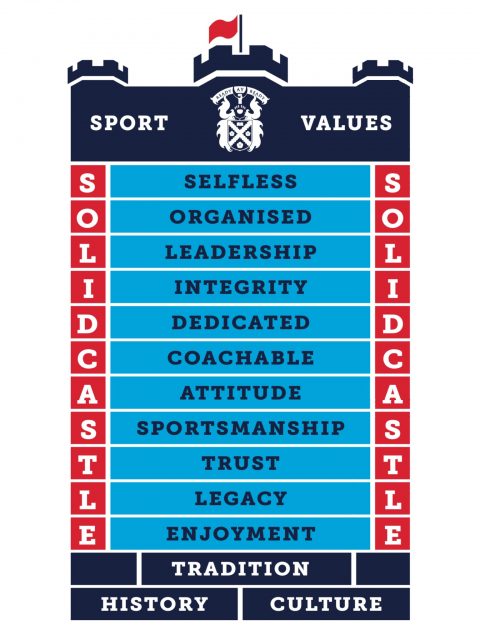 “Our Scottish Cup success this year was built in South Africa where we travelled with 50 senior players. The foundations of our senior teams are built from our junior years, and this is clear with 19 out of the 22 Cup squad attending our school from S2.

“My goal as, Director of Rugby, is to set each boy on their rugby pathway, whether that is professional, club, university or just social rugby.  Rugby is a vehicle to open doors and build friendships which will only help all pupils in their chosen pathway.”