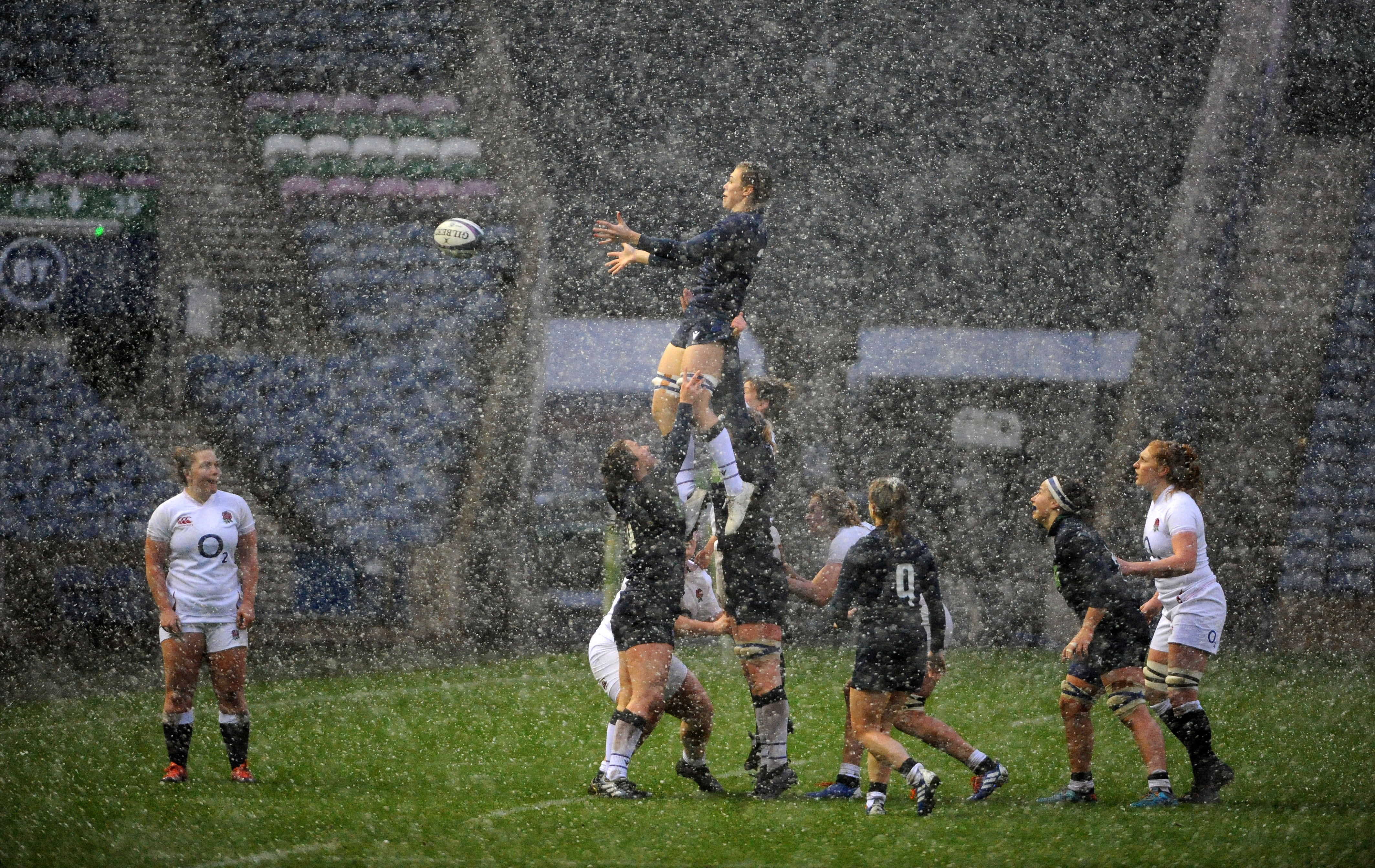 Scotland captain Rachel Malcolm wants her players to learn the lessons from the defeat to England on Monday and then re-focus on the big game coming up away to Italy on February 23.

The Scots were always going to be up against it in the rearranged Women’s Six Nations clash against a full-time English outfit and the visitors came out on top 53-0 at BT Murrayfield in the snow in a match played behind closed doors because of Storm Ciara.

The result means that Scotland have one point from two matches in the tournament ahead of their trip to take on the Italians in just less than a fortnight.

“I think performance wise this  was a step up from where we were last year against England [when they lost 80-0 at Twickenham], but in the second half we didn’t adapt to the conditions as well as we could have done and the set piece didn’t work well and that is something to work on,” hooker Malcolm said. 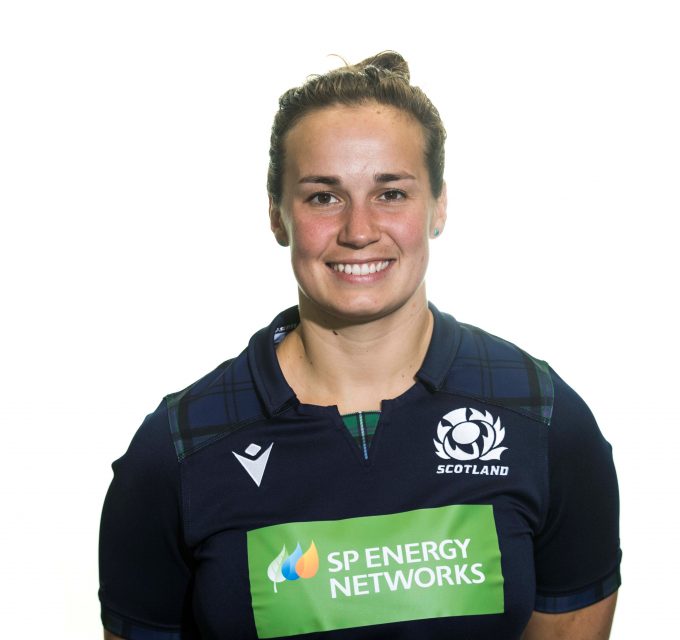 “We will learn from that though and the good thing about playing one of the best teams in the world is that they exploit your weaknesses and then you can build from that and get better the next time.

“We wanted to have a shot and focus on ourselves in this game and we have to take things from this into Italy.

“When we go out to Italy we expect a very fast game, that is the style they like to play and we have to prepare ourselves for that.

“They are closer to us in the world rankings, we will likely be playing them in the World Cup qualifiers later in the year and we want to keep improving so it is a big one for us.”

England took the lead in the third minute when tighthead prop Sarah Bern went over for a try, converted by centre Emily Scarratt.

In the 18th minute they extended their advantage to 10-0, Scarratt kicking a penalty, but as the first quarter came and went Scotland were sticking to their task well.

The second try of the day for England came in the 31st minute and it was well worked. The visitors went through a number of phases and, with Scotland narrow in defence, put winger Jess Breach in on the left. Scarratt could not convert.

Scotland winger Evie Tonkin had a good break down the left as she continues to impress early in her international career, but try three came from England when winger Abby Dow took off from the halfway line to score. Scarratt converted.

Just before the break Scotland defended an English lineout drive well to win a penalty in their own ’22’, but three minutes into the second half England had the bonus point fourth try.

It came through full-back Emily Scott and, although that one was unconverted, the same player went over in the 48th minute with Scarratt converting.

Four minutes before the hour mark Dow got her second, which was unconverted, and then in the 64th minute captain Sarah Hunter added a converted effort.

The final try came in the 77th minute when a mistake from Scotland full-back Chloe Rollie allowed England replacement scrum-half Claudia MacDonald to go over. Scarratt converted to end things at 53-0. 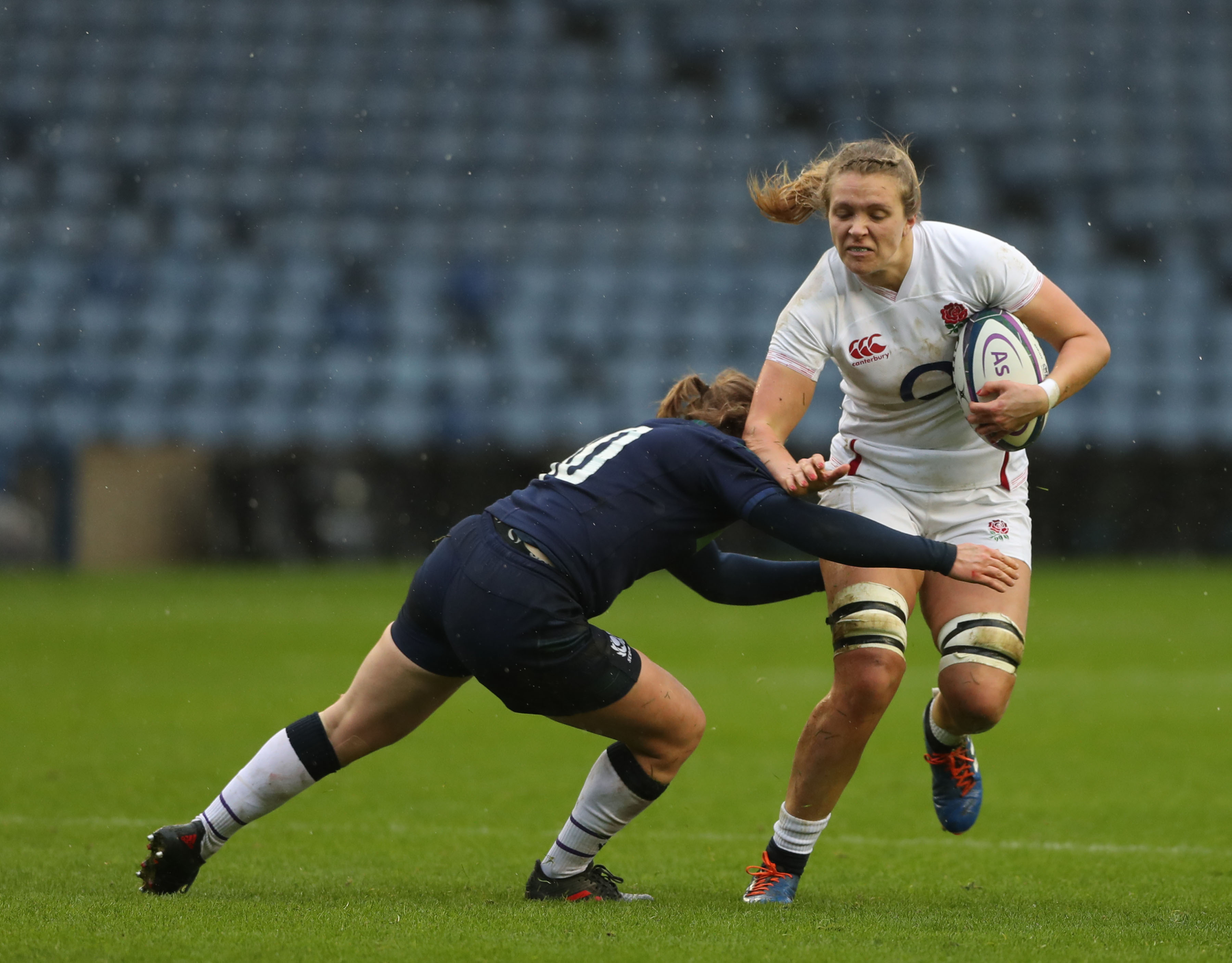 Next up for Scotland Women are Italy on Sunday, February 23 at the Stadio Giovanni Mari at 4pm GMT