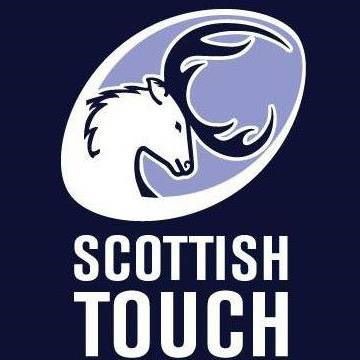 A Scottish Touch player is keen to raise more funds for a charity close to his heart – and he also hopes his own recent sporting story will inspire others to take on new challenges.

Freddie Main, a teacher, hails from Jedburgh in the Borders and has always had a keen interest in rugby union as a player, coach and supporter.

When his dear friend Martin Macari’s life was cut short last year by cancer aged just 47, Freddie was inspired to take on a challenge in his honour and this saw him decide to take up Touch during the 2017/18 season. 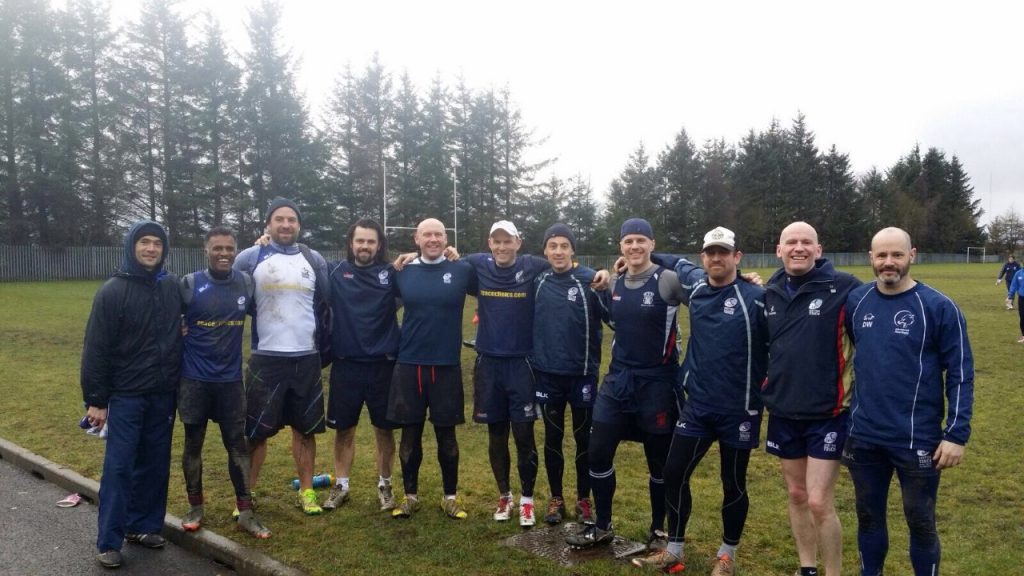 Martin was an inspirational and talented sportsman who was a passionate advocate for the power and joy of sport, Martin led by example as a player, coach and leader across multiple sports.

He played rugby, cricket and squash for Watsonians and was an age-grade Touch international for Scotland.

And it was Martin’s inspiration – and that of the Sporting Start charity set-up in his name – that prompted Freddie to push himself outside his comfort zone:

“For all who knew Martin it was a terribly sad time when he was ill and then passed away, but knowing the kind of ‘up and at ‘em’ character he was I knew he would not want us sitting around for too long wallowing,” Freddie said.

“He was my first captain at Watsonians and I will always remember the welcome he gave me at training and the positive impact that had on me. He took part in many sports and as he had got a bit older he had become very adept at Touch and gone on to represent his country.

“Feeling quite helpless, as you do, with his loss I decided to set myself the challenge of learning a new game and trialling for the national Touch squads in his honour.

“It took a lot of hard work and some tough times to get there, but I was fortunate enough to make it into the Scotland over 35 Touch squad for the summer’s European Championships in Nottingham. 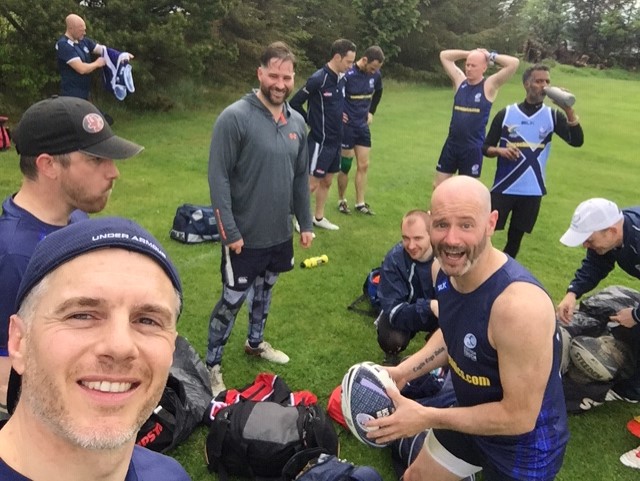 “For me just making the team was a big deal, but I still felt a bit sheepish around the team because they were a lot more experienced than me and I did not want to let them down when I got down there. I worked hard and ended up meeting my own personal goals, which included playing in all eleven matches at the four day tournament. I was also delighted to receive a man of the match award against France and to score a try!

“From my rugby playing days I tried to help the squad with culture and togetherness and we worked so hard in the lead up, having the logo of Martin’s charity on our kit as an inspiration.

“Through the experience I met some amazing team mates and we came together well as a group by the time we got to Nottingham and really supported each other in the tough times.

“We had some tricky matches and played against some quality opponents, but we hope that we represented our country, families and friends to the best of our abilities.

“It was a big thing for me to play at the Euros having only taken up the game properly in January and I am now training ahead of the World Cup, which will be held in Kuala Lumpar next April [selection trials took place over the weekend on November 3 and 4].

“As mentioned, myself and my new Touch team mates are aiming to raise money and awareness for the ‘Sporting Start’ charity set up in Martin’s name. 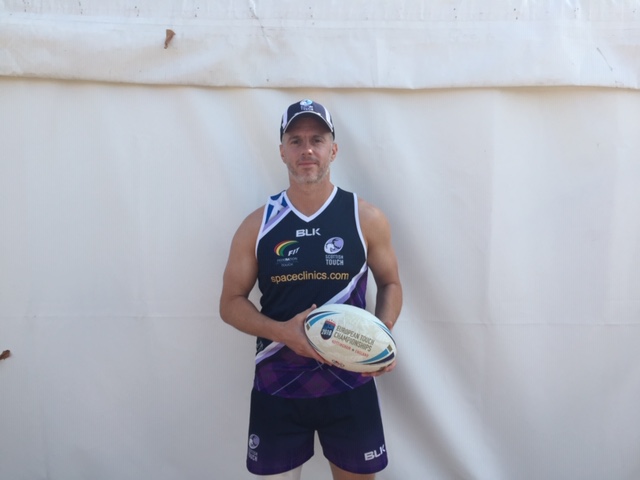 “Any help, be it personal or corporate would be very much appreciated. We will be contributing all funds raised to the charity.

“And if we can inspire other people to take on a challenge, be it sporting or otherwise, and step outside your comfort zone then that would be awesome.

“It can be daunting, but it gives you a great sense of achievement.”

Sporting Start was founded in the memory of Martin Macari and aims is to help individuals and groups who face financial or other barriers which limit their opportunity to access or participate in sport.

Sporting Start was set up by his family and friends in 2017. Through the work of the charity they hope Martin’s sporting inspiration will continue to influence the lives of generations to come.