Next week Merchiston Castle’s under-18 team will head to BT Murrayfield for the Scottish Schools Cup final – and the current crop of players have plenty of role models to look up to as they look to write their own history.

One of those is 28-year-old Edinburgh Rugby centre James Johnstone.

After a successful school rugby career at Merchiston, James played for top Scottish club sides Watsonians and Currie and national age-grade sides before he earned his chance with Scotland Sevens.

He became one of the sevens team’s key players on the World Series circuit for four or five seasons, playing in places such as Dubai, South Africa, Sydney and Hong Kong regularly against the best from countries such as Fiji and New Zealand.

He also played in the Commonwealth Games and a Rugby World Cup Sevens in Russia and, in all, amassed 40 caps for the sevens team.

When Richard Cockerill became the head coach of Edinburgh back in the summer of 2017 one of the first things he did was to offer James and his Scotland Sevens colleague Dougie Fife XV-a-side contracts.

And James – who had had a few chances with the pro team earlier in his career – has taken that chance and impressed in an ever-improving Edinburgh team.

He is now contracted with them until 2020 and said this week:  “I am still learning as I go in the world of 15s, but I love it at Edinburgh. 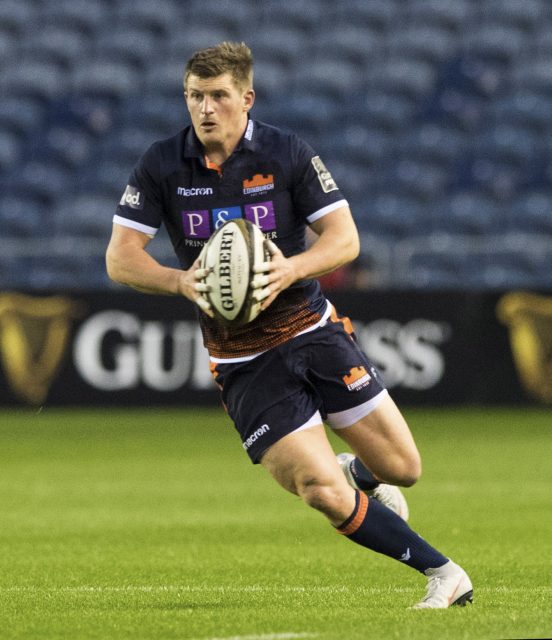 I have been back in the 15s game for a year and a half now and that is my main focus.

“Since I came back into 15s, defensively I have learned a lot, how to defend in those midfield channels when there is a lot more traffic about. Defensively I feel like I am reading the game well, doing a good job there, but I still need to be more prominent in games.

“Before this chance came to join Edinburgh last summer I was focused on sevens and I was happy being a sevens players and we were doing quite well.

“I was in a good place but this opportunity came up out the blue and I am happy it did. I didn’t think I would get the chance to play 15s after I had some injuries and after playing sevens for a while, but for Richard Cockerill gave me the chance to come into the team last year and it was one I jumped at.”

This weekend the Scotland Sevens team starts their World Series season in Dubai and James loved playing in that tournament which is the first of 10 running through to next May/June.

“Dubai is the start of the sevens season, so it’s quite an exciting time for those guys going away to Dubai and Cape Town, I loved those times, but now I am focused on Edinburgh,” he said.

“I loved that trip, going out to Dubai and playing, but the best would probably be Hong Kong, that is up there and Cape Town is up there, the atmosphere is electric and there are always big crowds, but in general the whole circuit is really good.”

Thanks to Scottish Rugby/SNS for the photo