Scotland head coach Gregor Townsend knows his team cannot afford to keep starting games slowly after a disappointing loss to France in Paris in round three of the Guinness Six Nations.

After the 27-10 defeat in the French capital, Townsend said:  “What’s really disappointing is that we didn’t put on our best performance.

“That navy blue jersey should demand of you a much better performance and we have to have that in the Six Nations because the teams are so good.

“We’ll focus on ourselves and look at areas where we obviously underperformed, but France played well. They’re a dangerous side. The quality of the teams we play against mean that if we don’t bring our best game we are going to lose.

“We spent a lot of that first 15 minutes in our own half and we didn’t bring the energy that the French team brought which is really disappointing because we bring that every time we play.

“They’re excellent players and we just seemed to be a couple of steps behind France early on. We pride ourselves on our energy and our fitness – we showed that in the last 10, 15 minutes. But we need to show that from the beginning.

“It’s not good enough at this level to play in fits and starts.” 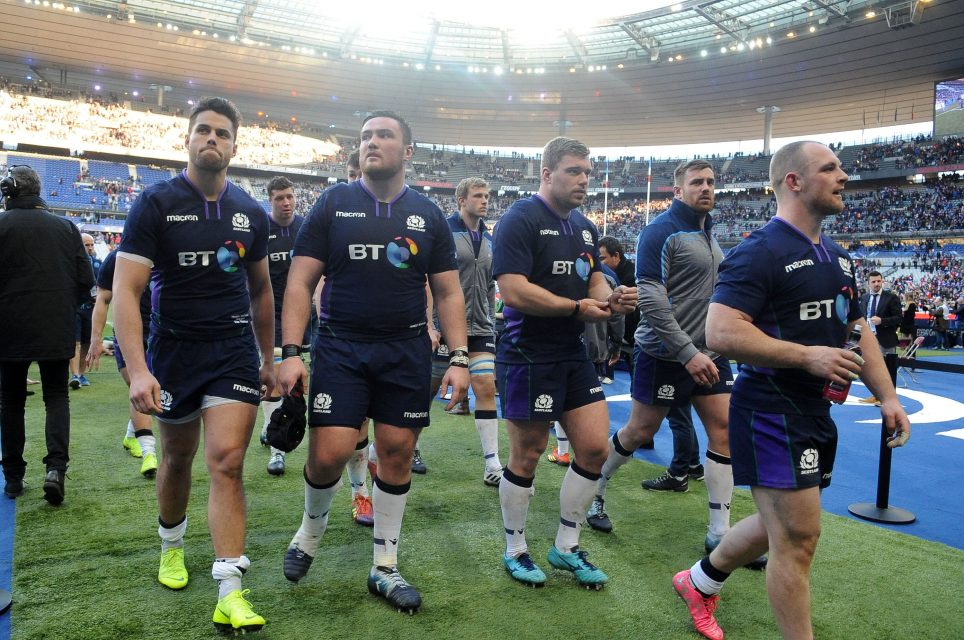 Next up for the Scots is a home match with unbeaten Wales in round four on March 9 before a trip to Twickenham to take on England in round five on March 16.

“We have played some really good rugby in the last 12-24 months that shows we can take on anyone in the world, but we need to start coming into these tournaments and getting wins in France and going down to Twickenham and really making sure we are competing down there. That’s how we’re going to move forward as a team,” hooker Stuart McInally said.

“We’re really disappointed. We put a lot into the week of training and we really wanted to come to Paris and win and do something that Scotland haven’t done in a long time.

“At half-time we were fairly confident going forward. We knew we were still in the game even though we hadn’t played particularly well.

“The disappointing thing was to concede straight after half-time, that was a massive blow for us. That period after half-time, we really wanted to get ourselves back in the game, but it was the worst start.

“We’re looking to win both of our last two games, of course we are. Our home record is something we are very proud of. When Wales come up we are going to be better and will try and win.” 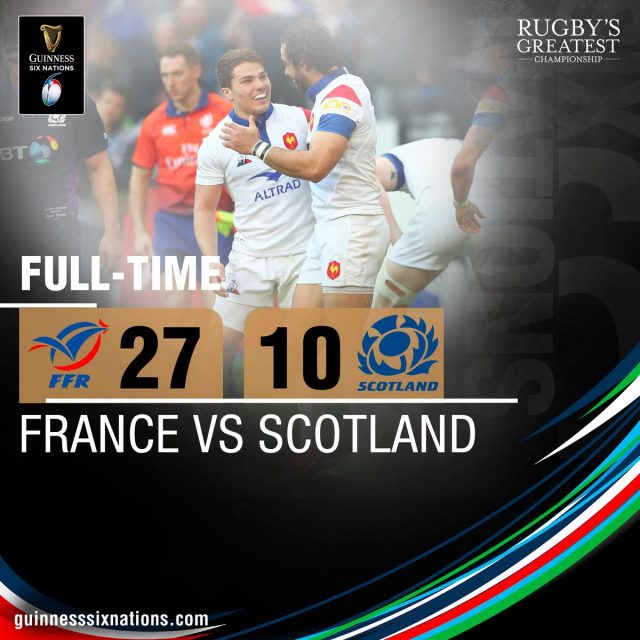 Thanks to David Gibson/FOTOSPORT for the image from Paris

As a multi-disciplinary studio, we strive to use innovative solutions at every stage of the design process to ensure that we deliver beautiful, bespoke, environmentally conscious spaces that meet the needs of clients and occupants. We believe we have a responsibility as stewards of the environment, and we embrace this responsibility at the core of how we conduct our business. With a collaboration design culture, we are committed to high performance and energy efficient design on an international scale. This collaborative process allows us to deliver vibrant and sustainable designs, with the belief that the space we live in directly influences the quality of our lives.

We have studios studios located in Edinburgh, Dubai and Muscat with partners in St Petersburg, Beirut, Saudi Arabia, Shenzhen and Hong Kong.