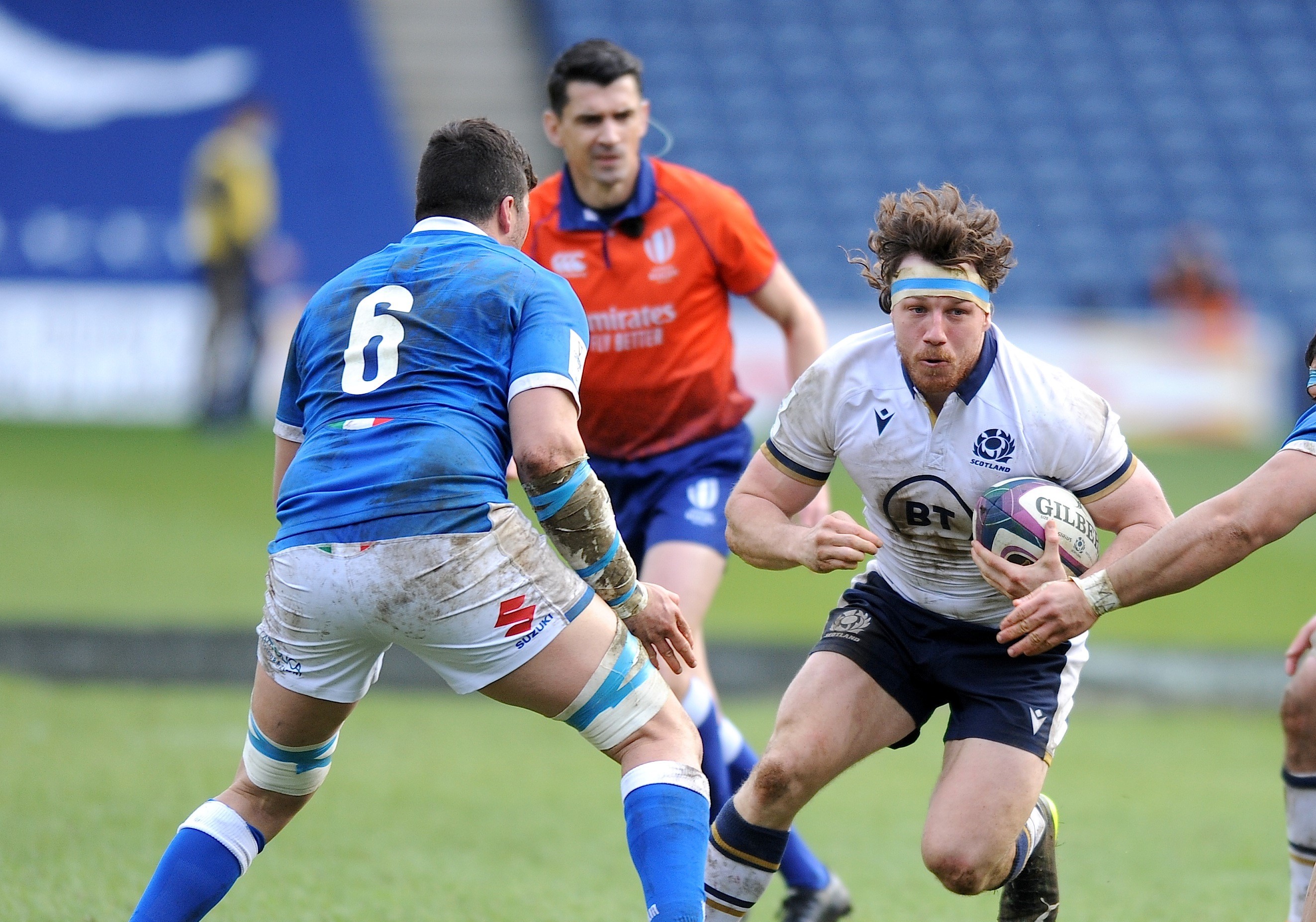 Hamish Watson is playing the best rugby of his career, according to Scotland head coach Gregor Townsend.

The 29-year-old Edinburgh Rugby back-row man played in all five of the Scots’ Six Nations matches and starred on Friday night once again as the team beat France 27-23 thanks to a last-gasp try by winger Duhan van der Merwe.

With the showpiece event now over – and Wales crowned champions – all attention in the international rugby sphere now turn to Warren Gatland naming his British & Irish Lions squad for the tour of South Africa this summer.

The squad looks set to be named some time in May and although there are many good back-rows from England, Ireland, Wales and others from Scotland, you sense that this could be Watson’s time to shine.

“What a Six Nations he’s had,” Scotland head coach Gregor Townsend said about the openside who has been capped 41 times.

“He’s been really consistent and he gives you more than a usual openside with his ball carrying ability. His tackling has been outstanding, he’s put more weight into his tackles. I don’t think he missed a tackle during the Six Nations and he’s been very accurate there. His ball carrying, he runs hard into contact and can bounce out of tackles and also has a high number of ball carries.

“This is the best I’ve seen him play on a consistent basis.”

Something special brewing…. love playing with this group of lads 🙌🏴󠁧󠁢󠁳󠁣󠁴󠁿 pic.twitter.com/vv47AEZaJ3

Hot on the heels of Scotland winning in Paris for the first time in 22 years, Townsend hopes performances like that one – and the one in the triumph over England at Twickenham in February – will see a clutch of Scots as part of the Lions class of 2021.

“It should, absolutely,” he states.

“Going into the France game we talked to our players and from a stats point of view we felt we were the two best teams in the tournament – attack and defence stats we were first and second with France in most of the categories – so if you are looking at stats then our players are as good as any out there in the Championship.

“If you are looking at wins: to win in France and win in London, no team has done that during the last two years, but our team has. If you are going to look at playing one of the best teams in the world in South Africa, whether it is with crowds or not, you’ve got to then say that the players have put themselves in position to be on that tour.

“There will be a few head-to-heads for selection, no doubt, but I felt in Paris and in the Twickenham game and even the Wales game where we played well for a lot of the match, our players have put their hands up – now it will just go down to selection.

“I’m sure we have made it a lot tougher [for Gatland picking the group] than it was four years ago and four years before that.”

So, what are you waiting for? Head over to 1823heritage.co.uk and have a look around…