It is not every day that someone who has won Olympic gold and bronze medals pops into your school, so when former Great Britain hockey captain Kate Richardson Walsh visited Loretto School in Musselburgh in late January the pupils were, rightly, excited.

Richardson-Walsh is quite simply one of this country’s greatest ever female hockey players.

In 2016, she became the most capped female player in her country’s history, surpassing Karen Brown’s 355 mark. She won an Olympic bronze in London in 2012 and then picked up the gold in Rio in 2016.

Alongside her GB honours, she captained England, winning the European Championships in 2015 and secured a bronze and two silvers in three successive Commonwealth Games.

On Tuesday, January 22 she was invited to Loretto by head of sport Jason White and head of hockey Callum Milne – both international sportsmen themselves – to speak to a large group of girls at the school and then get involved in some training with male and female hockey sides. 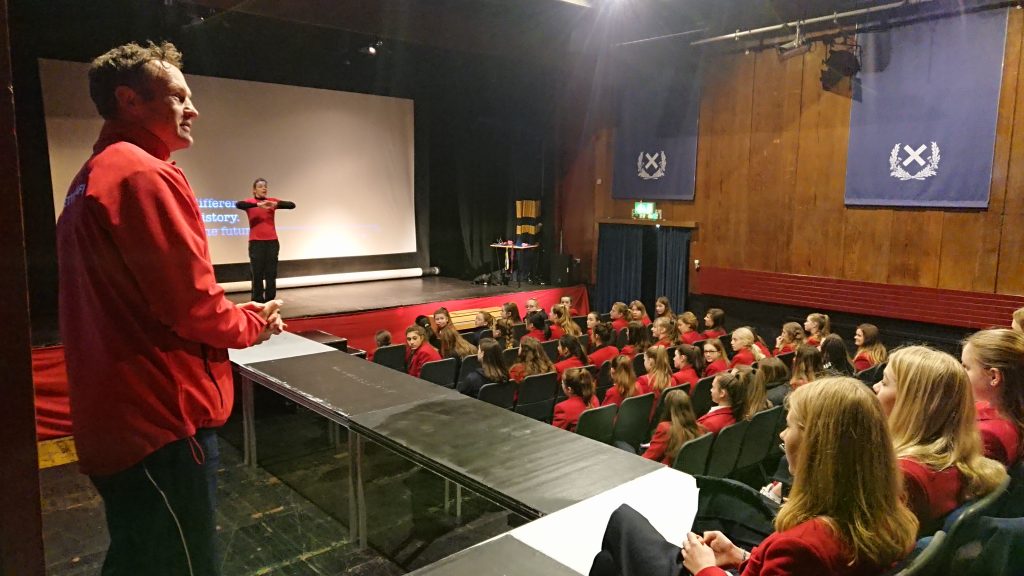 Richardson-Walsh, now 38, said:  “I love getting the chance to get out and about to meet youngsters who share the same passion for hockey as I do.

“In recent years Scotland has been producing some great players at the top level, some of which now play in England and further afield, and there will be some hoping to push for places in the Great Britain squad for the 2020 Tokyo Olympics.

“With the inaugural FIH Pro League just about to get underway this is the time for the top players to show what they can do. 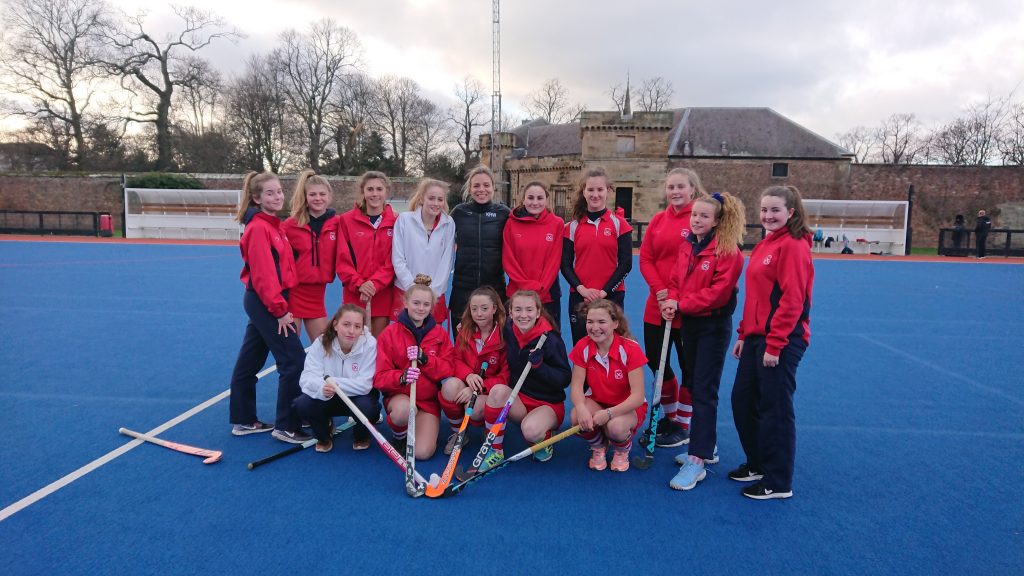 “I also remember playing against Scotland in the 2014 Glasgow Commonwealth Games and wow – what an atmosphere [England won 2-1 in the pool stages on the way to silver] – so I always enjoy coming north of the border and have good memories from here.”

The top female Scottish players in the Great Britain set-up currently are Nicki Cochrane, Amy Costello and Sarah Robertson, but some of the stars of the future listened intently to Richardson-Walsh’s tips on the training field and in the school hall during her visit.

After showing those present in the hall a video about how the Great Britain women’s team built their squad up to win gold in Rio, she said:  “I still get emotional watching that back because we gave everything over a number of years to make ourselves the best team that we could be. 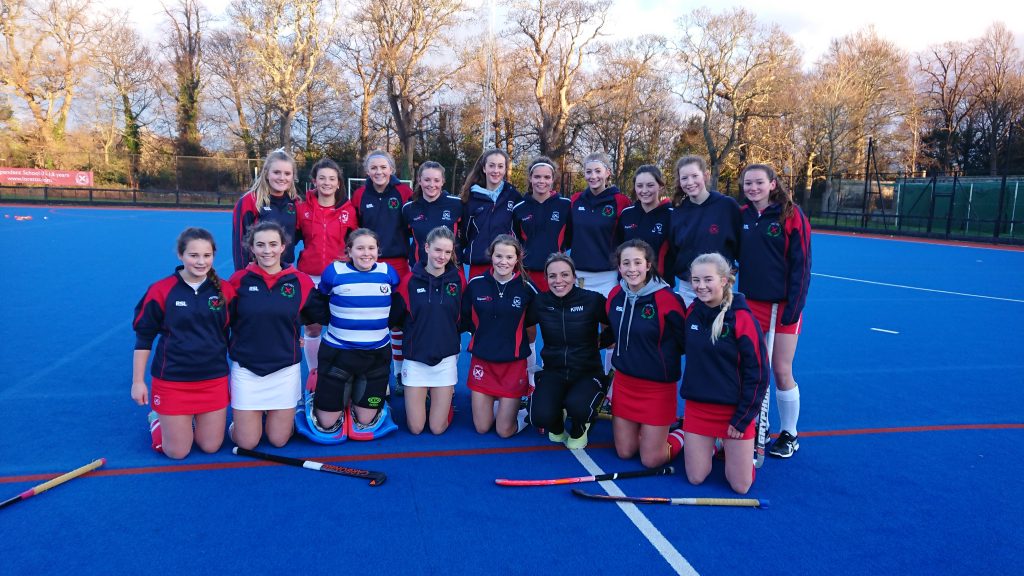 “To be a good team, you have to focus on being the best you first. So, rather than aspiring to be someone else or someone you are not think to yourself ‘what are my strengths and what can I bring to the team dynamic?’ – if everyone does that and the comes together as a group through the you will have great fun, make friends for life and enjoy your sport so much more.

“It is so important to be there for your friends and team mates through the highs and the lows too. Everyone deals with different situations differently and overcomes issues in different ways, but having someone alongside you who has your back and is there to listen makes such an impact.”

At Loretto they strive to offer a uniquely rounded approach to education, focusing on the development of the whole person – in mind, body and spirit – and they believe sport plays a vital role in achieving this goal. 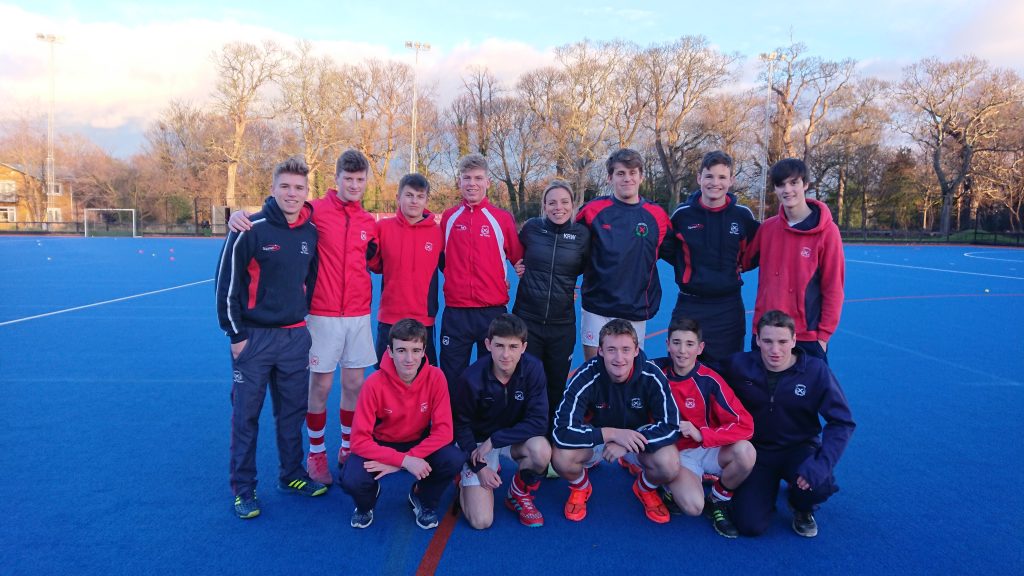 Hockey at Loretto is, as stated, headed up by Scotland cap Milne and the school fields up to nine hockey teams across age levels, with players following an intensive training programme.

All pupils take part in three compulsory sessions per week and up to four additional skills sessions. These construct the different components of the game and provide pupils with the opportunity to work on both technical and tactical skills.

Lots of other sports are also played at the school and after Richardson-Walsh’s visit, former Scotland rugby captain White said:  “She is an inspirational character and you could see by just how intently the audience were listening that a lot of what she was talking about really resonated with them.

“It is great for youngsters to meet their sporting heroes and Kate was very personable – it was a pleasure to welcome her to Loretto for what was a really informative day.”

Thanks to Loretto/Squadkit for the photos