After his 50th Scotland cap, people who have helped Finn Russell along the way share some memories…

Stand-off Finn Russell earned his 50th cap for Scotland against Georgia off the bench on Friday night, so let’s take a look back at the journey that led him to the milestone.

His love of the game came while he was still in primary school, joining the Stirling County mini rugby section and never looking back.

“My son played in the same team as Finn and I first got to know him then,” Andy Thomson recounts.

“Most of the boys had been playing together since P4 age and when they reached P7 I began to help coaching the team and it was great fun.

“Alongside other coaches I worked with the group from that year until they reached the under-16s and over those five years you could see that Finn had some real talent and an eye for a gap.

“That age group wasn’t the biggest team, but they had quite a few skilful players so the way we tried to play was right up Finn’s street.

“One thing I remember about Finn is that he always had a ball in his hands at training doing one trick or another, whenever we asked the boys to sit and listen, Finn was often the last one to put the ball down and give us his full attention, but his smile was so infectious that he rarely got in trouble!

“He was a great kid to work with and a real team player within the group and I and the others who worked with him at County are delighted to see how far he has gone in the game.”

While he was coming through the ranks at County, Finn also turned out for the Caledonia district.

At under-18 level Kenny Grieve coached him and said:  “Finn was – and is – a brilliant tactician and a real student of the game.

“Even at that age-grade it was clear that he was a talent who was always looking to exploit defences and that has obviously just grown over the years to take him to where he is now.

“He can stick to a plan and a structure, but his gift is that he can change things very quickly and sniff out a gap to get his team on the front foot.

“Some people think he is a maverick type player, an individual if you like, but that could not be further from the truth.

“He took a lot of pride in coming together with players from different clubs from the Caley region to represent the area and he was always mucking in with the other guys and having a laugh.

“Sadly, he picked up an injury while he was in our under-18 year, but he didn’t just walk away from things he stayed around the group and tried to help them with their preparations for the upcoming games.

“And the best thing about Finn is that he does everything with a smile on his face and I am very pleased and proud – but not surprised – to see what he has achieved in the game.” 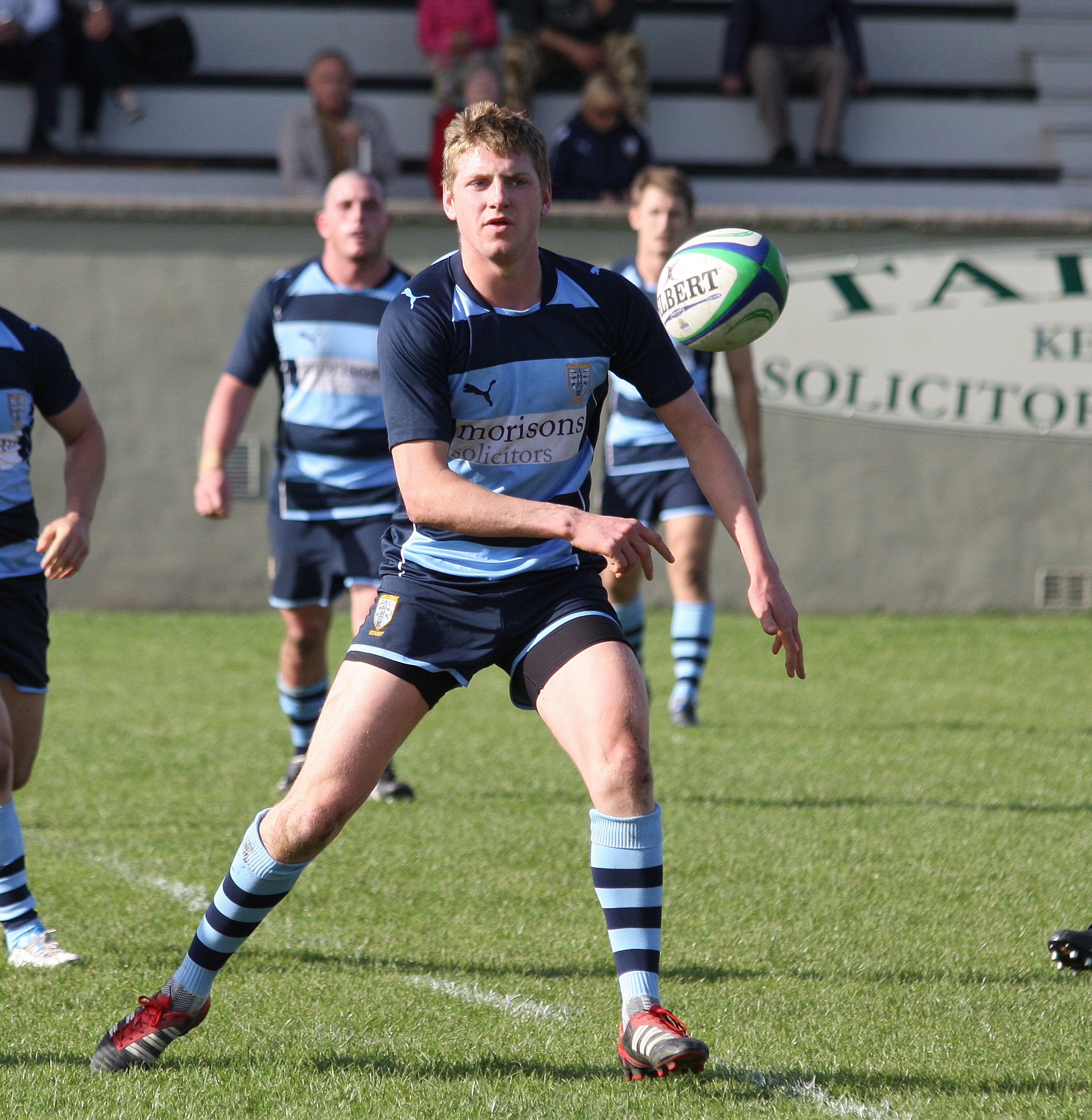 Finn played for County right up until under-18 level and then, after he had left Wallace High School and was working as a stonemason, he played one season in the Bridgehaugh outfit’s second XV.

That took him up to the summer of 2011 and, aiming to make the Scotland under-20s squad, he knew he had to get some first XV game time under his belt.

So, he took the brave decision to move to Falkirk, a club who were on the up at the time and where he would be able to work with player/coach Bob Wyllie.

Bob recounts:  “Having been previously connected with Stirling County and having coached Finn at summer camps down at Bridgehaugh I knew he was talented and we were keen to have him on board at Falkirk.

“He was 18 at the time and I knew there would be some gnarled, experienced players in our league thinking they could ruffle his feathers, but I also knew that he had the skillset and temperament needed to get through that and that our older players would look after him.

“His dad Keith and Finn himself were very keen for him to come to Falkirk and I knew he would be fine when in one pre-season game he put a thumping tackle in on ex-Scotland centre Andrew Henderson.

“In another pre-season game when we played Melrose their head coach Craig Chalmers, who of course was Lion himself, was very impressed by Finn and things went from there.

“He grew into our team and the leadership role of being a stand-off and he could see things on the pitch that others in our division could not.

“Something that people do not give him enough credit for is his rugby brain and the amount of thinking he does about the game.

“He studies things a lot and works ever so hard to improve and that year at Falkirk we loved having him there and giving him the platform to get into the under-20s squad and beyond.”

Alex McQuade was the Falkirk president when Finn joined them just over nine years ago and he said:  “Bob knew Finn and his family well and was keen to get him to the club and when he and I met Finn we had a great chat.

“We explained where we were on our club’s journey and he told us where he wanted to go with his rugby and from that day I could sense his determination to do well.

“Our team had some very good experienced heads in it and Finn fitted in with them straight away.

“Yes, he could at times go ‘off script’ and do things on the pitch that had [ex-Scotland hooker and Falkirk team mate Kevin McKenzie] shaking his head, but we did not mind that because he was only doing it because he had spotted a gap in the defence that no one else had seen.

“He was only 18 when he started with us and 19 for most of the season and I thought the way he carried himself as a young stand-off learning his trade was excellent.

“Finn is a very hard worker and that is why I am not surprised to see just how well he has done. 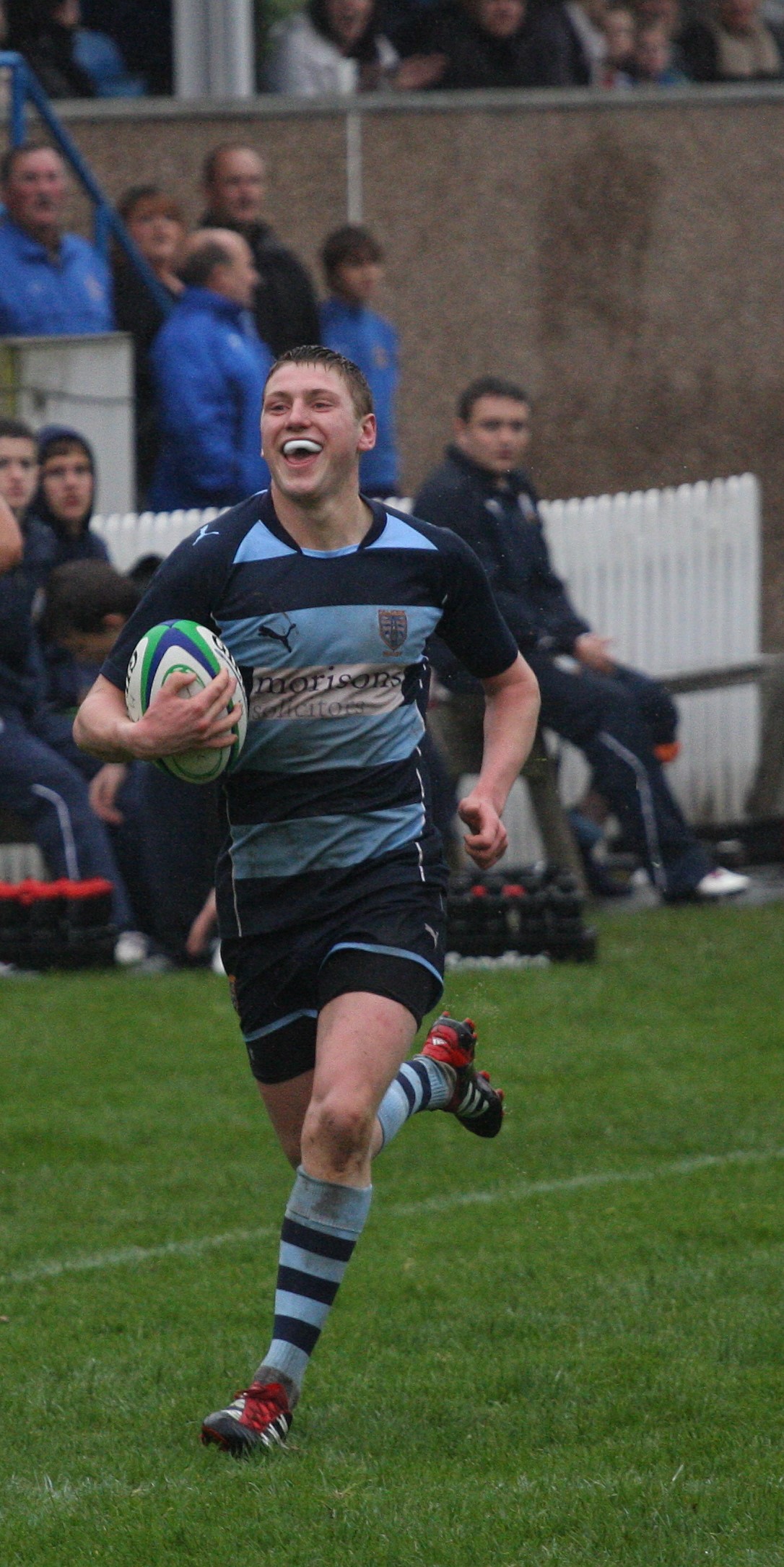 “And, as a club, we were delighted to see him wear a Falkirk sock [the other one was Ayr] when he represented the Barbarians. That shows how much he enjoyed playing for us and he still often comes down to the club when he can as many of his pals and older brother Harry still play for Falkirk.”

Finn impressed many during that 2011/12 season at Falkirk and it led to him playing in the age-grade Six Nations games in early 2012 and the World under-20 Championship in South Africa a few months later.

By the start of 2012/13 he was and Academy player with Glasgow Warriors and was linked-up with Ayr to play his club rugby.

Before he arrived Ayr had Kiwi Frazier Climo at stand-off, so Finn had big boots to fill, but it did not phase him.

The Millbrae side won the top club league in Scotland in 2012/13 with Finn at 10 and Glen Tippett, who was part of the coaching team, recounts:  “We had heard quite a lot about Finn and I know that Kenny Murray [then the Ayr head coach now with the Warriors in the pro game] was very excited to work with him.

“He seemed to take to it straight away and fitted into an already strong playing group well.

“The thing about him is that he is very down to earth and approachable and that was shown when he played for us in the pro draft in 2016 when he was coming back from injury. 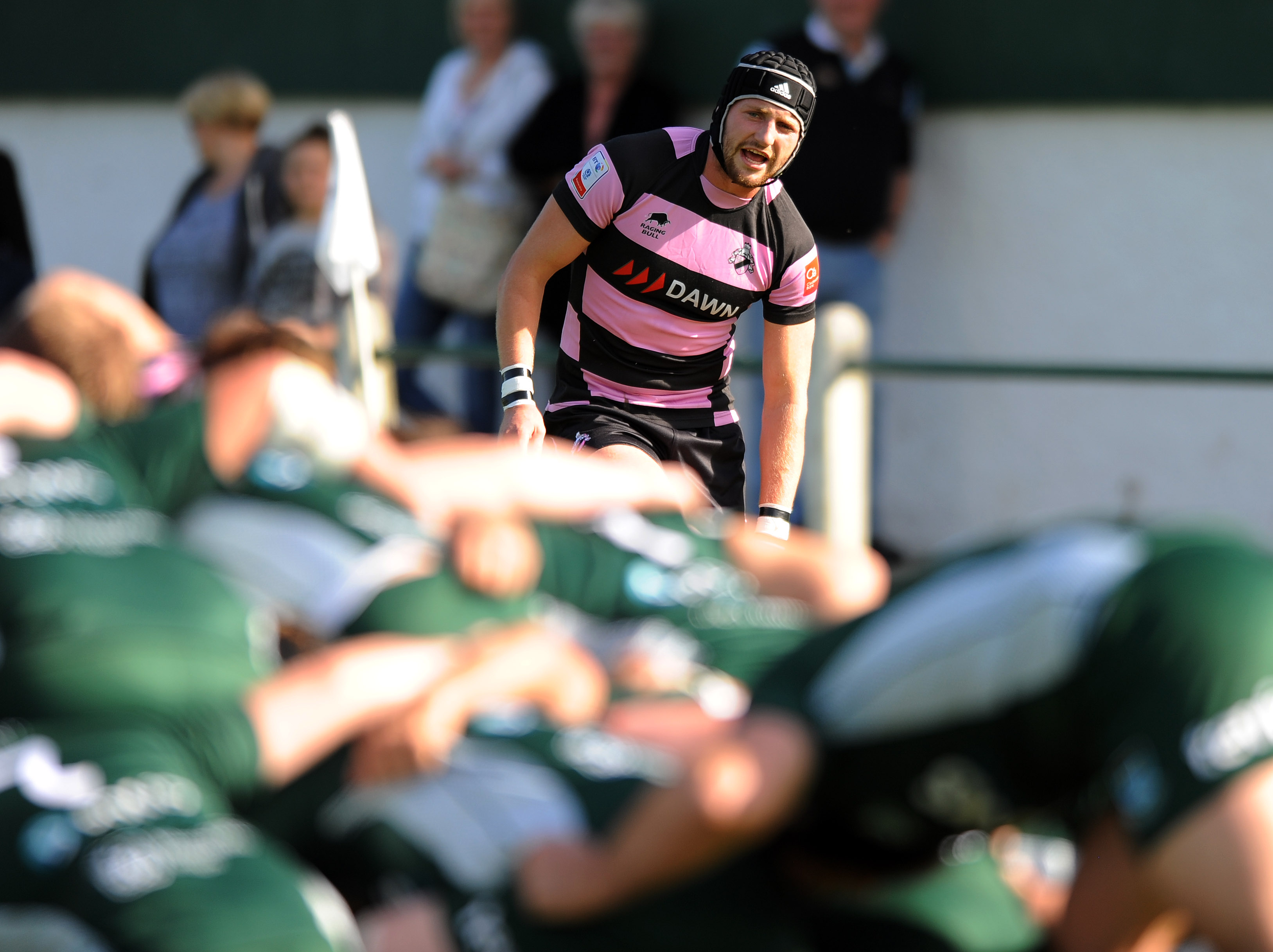 “We played down at Hawick and he came on the bus with the lads, he certainly never felt like he was anything special, and that humble quality has served him well.

“As a club we are pleased to see him get 50 Scotland caps and he has a very bright future.”

Since his time spent at Ayr, Finn’s career has taken off with Glasgow Warriors, current club Racing 92, Scotland, the Barbarians and the British & Irish Lions.

And, given that he only recently turned 28 and has a great family behind him, there is plenty more to come from one of Scottish rugby’s greatest ever talents… 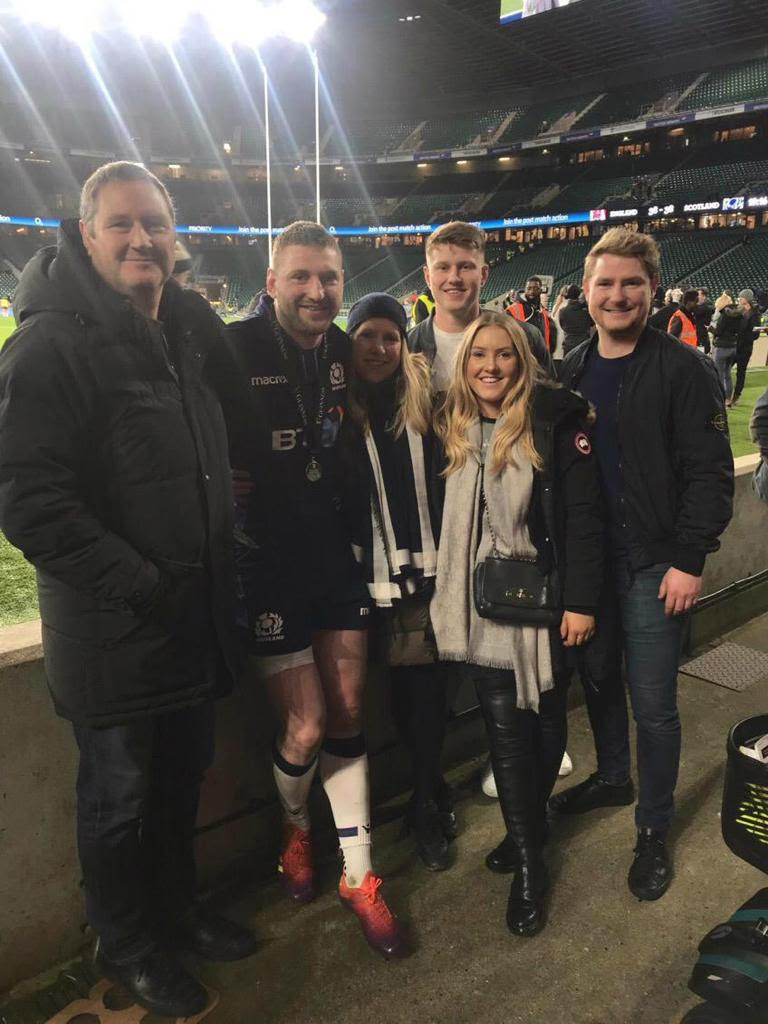 Thanks to David Gibson/FOTOSPORT, Gordon Honeyman and the Russell family for the images