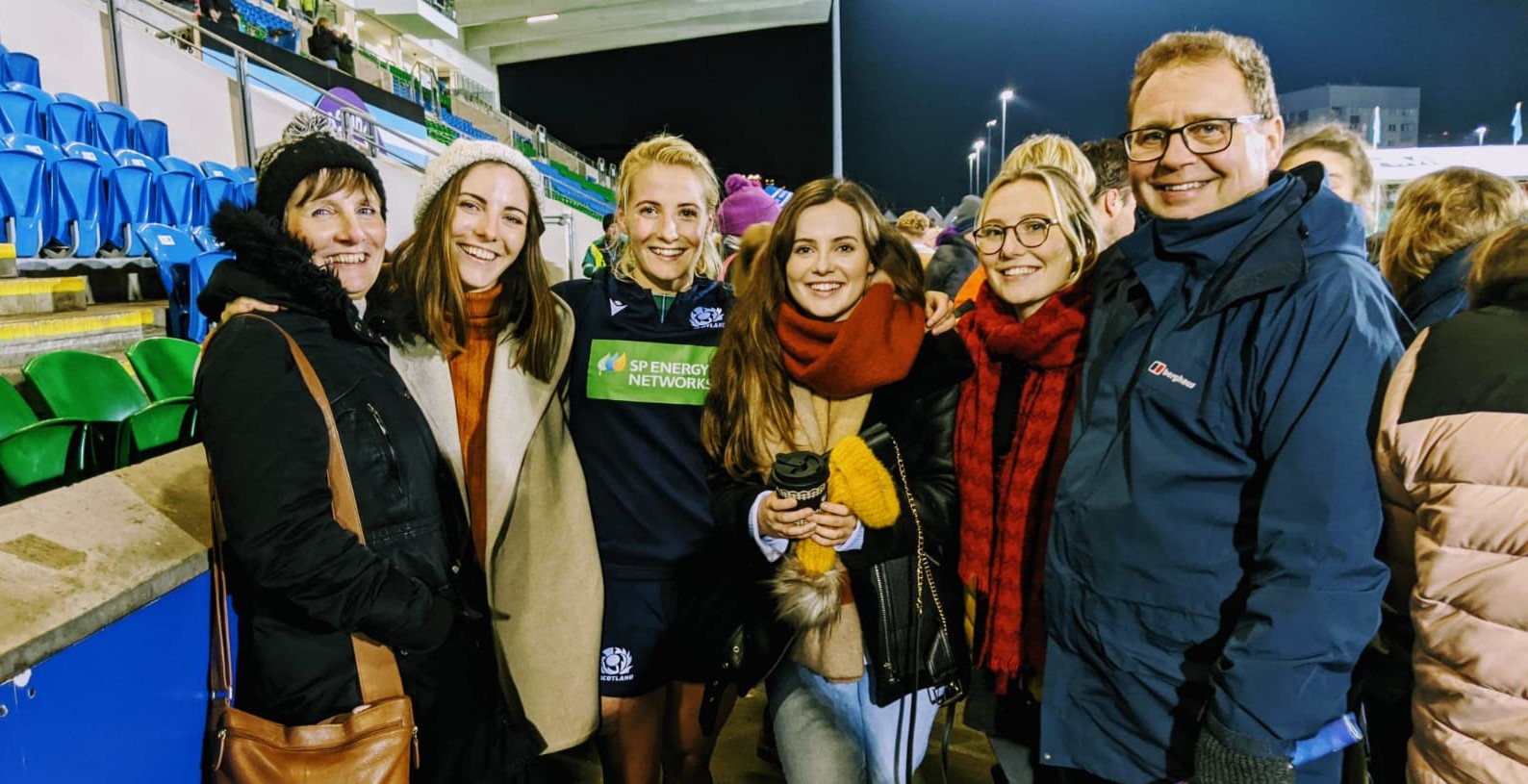 When Jenny Maxwell suffered an ACL knee injury during Scotland’s Test match with Spain at Almeria’s Juan Rojas Stadium in mid-January 2020 lots of things started flashing through her mind.

The game – a 36-12 win for the visitors – was played just before the start of the Six Nations and later in the year Scotland were due to have World Cup qualifiers and then a potential World Cup in New Zealand.

“In the days after sustaining the injury I did think about all of the big matches I might miss for my country and I was a bit down, but then the pandemic came along and things changed,” Jenny, the 28-year-old scrum-half, recounts.

“In the end I actually only missed three Test matches [against Ireland, England and France] while the pace of life slowing down because of the pandemic actually allowed me to take a step back look at what I had already achieved in my rugby career – and what I wanted to achieve in the future.

“It also allowed me to focus fully on my rehab and I was lucky to be able to work with great medical staff from my club Loughborough Lightning and from the Scotland set-up. Of course for a large chunk of time this was all done remotely, but they were always available to talk to virtually to keep things ticking along.

“They kept me going at times when I was feeling a bit low and their constant goal setting – along with the support of my boyfriend, family, friends and team mates – lifted my spirits when things were tough.

“Over the last few months it has been so good to reintegrate back into group training with Loughborough Lightning and with Scotland and it has been brilliant to see everyone again in the flesh rather than working on solo rehab or speaking to them all via Zoom.

“Everyone has had their ups and downs during the last 12 months in various facets of life, but given the encouraging way that Scotland played against France in October to get a draw we are all buzzing and grateful to be back together for the next few weeks.

“And for myself, it is just great to be back on the rugby field, running about and doing what I love with my friends.” 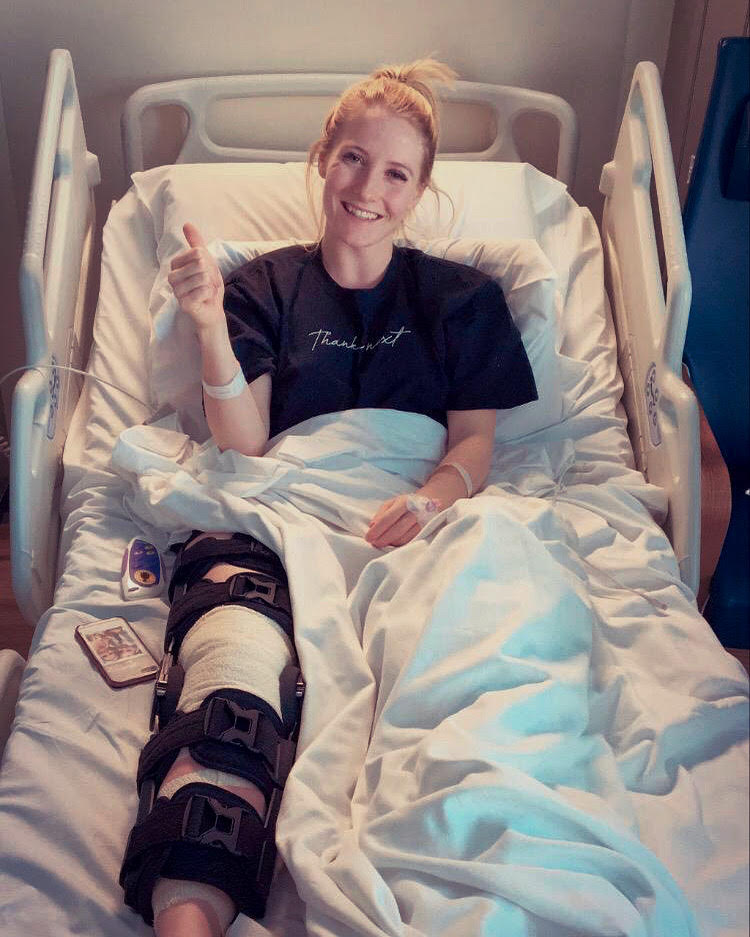 It was March 6 when Jenny, who has 29 full Scotland caps to her name since a debut against France in 2015, made her playing comeback.

That was off the bench for Loughborough away to DMP Durham Sharks in a comfortable 62-0 win in the Allianz Premier 15s.

“I was a bit nervous leading up to the game, but I had been back training with the Loughborough squad for a few weeks before that so I felt ready to go,” she said about the return to action after just short of 14 months out.

“It was really good to get on in the second half and it was nice to be able to phone my parents afterwards and tell them everything had gone well.

“Now, if I get the chance during the Six Nations, I just cannot wait to sing Flower of Scotland again and play for Scotland.” 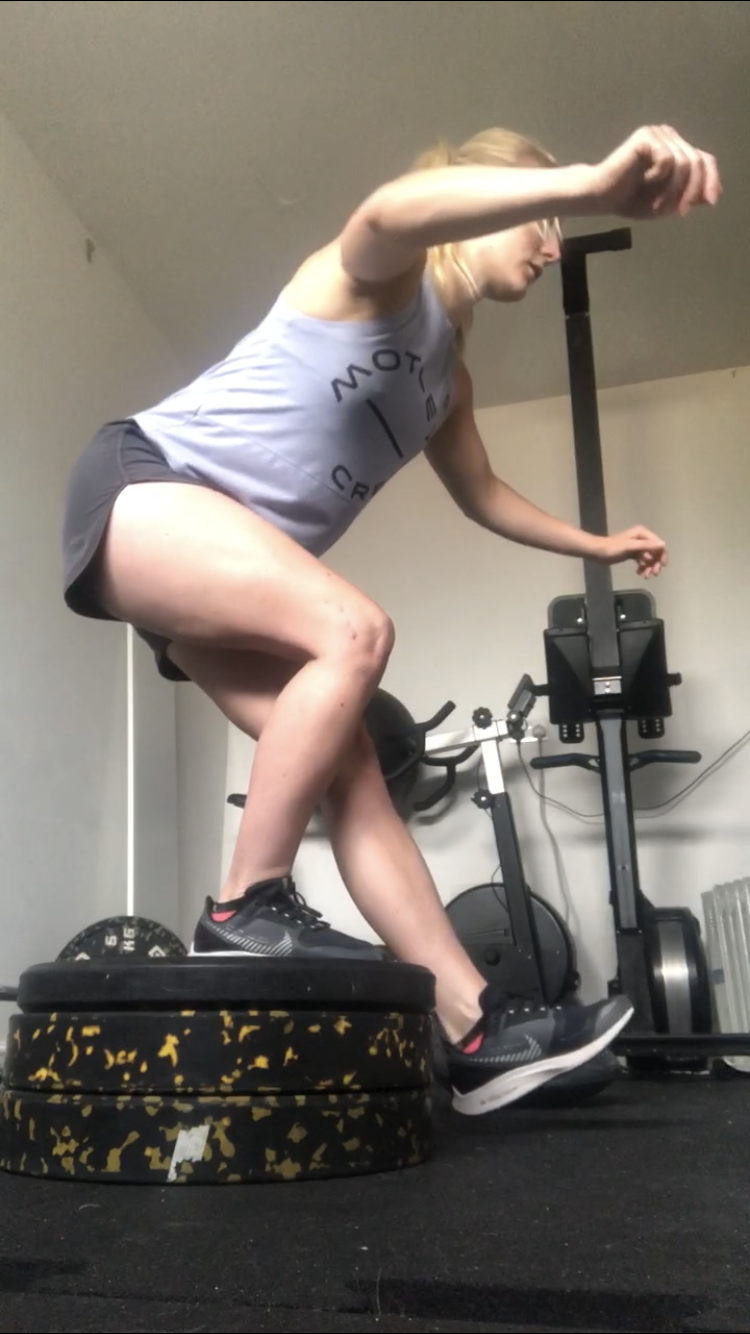 With a father from Annan, Jenny has always been aware of her Scottish roots and began playing rugby when she was around six at her local club Leicester Forest.

As she got older she played for Nottingham Paviors and when she moved to study at Leeds Beckett University after school she turned out for the university side and then Lichfield.

“When I was 20 there were open trials for Scotland under-20s and my dad was keen for me to give it a try, so we packed our bags and headed up the road for the weekend in Edinburgh – and I have never looked back,” Jenny, who works as an elite sport tutor at Loughborough College and does some performance lifestyle mentoring at Loughborough University, explains.

“I played for the under-20s side and then was drafted into the full sevens squad and that was great exposure for me on the European Grand Prix circuit, my first two events being in Brive in France and Marbella in Spain.

“To get my first full cap in 2015 was a dream come true and my dad [Stuart] was especially proud to see me running out for Scotland – he is my number one supporter along with my mum [Samantha], they have helped me get to where I am now with my rugby.

“Before my injury came along I was really enjoying the Scotland set-up and the direction that we were heading in. The tour to South Africa in the summer of 2019 was amazing and brought us all closer together.

“Last year was not how any of us planned while there has been a change of head coach [Bryan Easson replacing Philip Doyle], but through everything one thing that has never slipped is the fun that we have as a Scotland squad – that has pulled us through and left us feeling positive about the future.”

Thanks to Jenny Maxwell for the photos 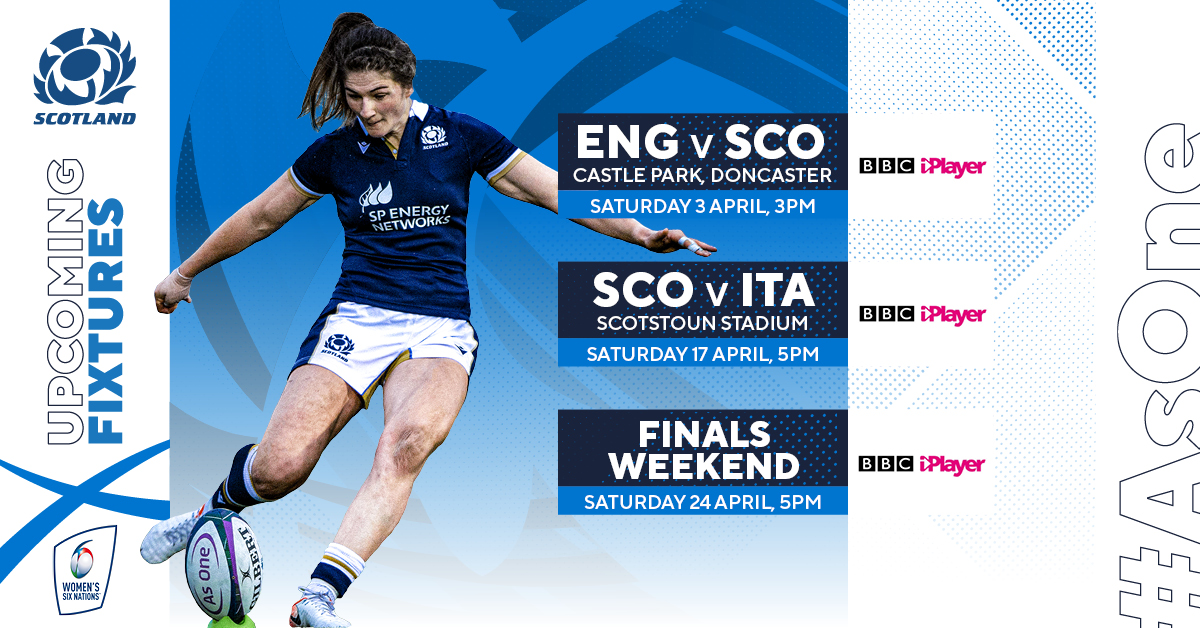